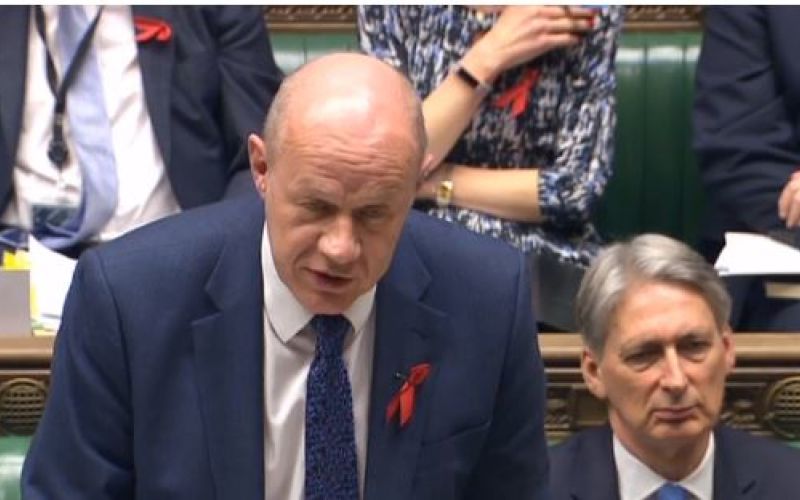 The first secretary of state has been caught exaggerating the government’s spending on disability benefits while standing in for Theresa May at prime minister’s questions.

Damian Green (pictured), who was work and pensions secretary until earlier this year, is already facing a Cabinet Office investigation into allegations of sexual impropriety.

He was asked by Labour’s shadow minister for disabled people, Marsha de Cordova, if the government would finally order an assessment of the cumulative impact of its social security policies on disabled people, to mark the UN’s International Day of Persons with Disabilities on Sunday (3 December).

But he refused to answer that question, instead telling her: “I am sure the honourable lady, who has great expertise in this field, will know that this government are spending £90 billion on disability benefits.”

But when Disability News Service questioned this figure with the Cabinet Office, a spokeswoman admitted that the figure was wrong, although she said this was a “genuine error”.

She said: “This was a genuine error and a written ministerial statement will be laid shortly stating the correct figure.”

She said the £90 billion figure refers to total government spending on all people who need support, “including those who are out of work or on a low income”.

But it is not the first time Green has been caught out over the £50 billion figure.

Ministers have repeatedly ridiculed the idea of carrying out a cumulative impact assessment (CIA), ever since disabled campaigners began calling for such research six years ago.

But pressure to carry out an assessment has mounted every year, with the UN’s committee on the rights of persons with disabilities adding its voice to calls for a CIA in August, following similar calls by the Equality and Human Rights Commission (EHRC) and even the government’s own benefits advice body, the social security advisory committee.

And last week, EHRC published the results of its own CIA, which showed that families which include both a disabled adult and a disabled child have lost more than 13 per cent of their income through seven years of government cuts.