You are here: Home / Benefits and Poverty / Disability charity’s appointment of Unum boss as new chair ‘is truly disgraceful’ 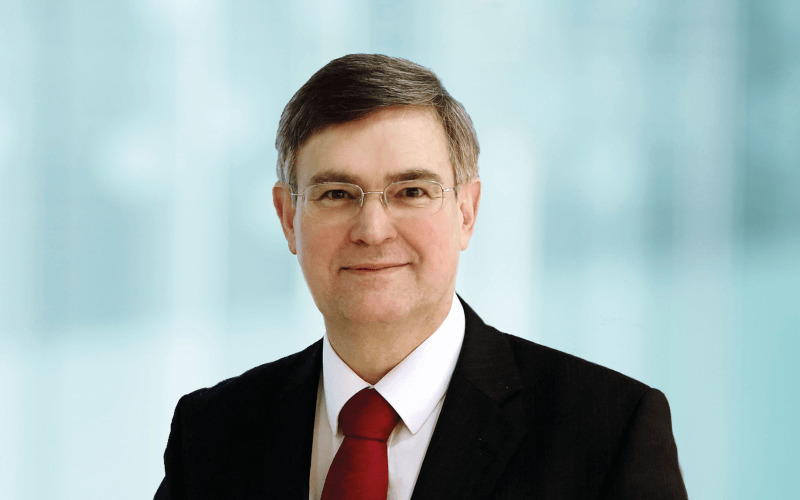 A disability charity’s decision to choose as its new chair the head of a company closely linked with the government’s hated “fitness for work” test has been branded “a betrayal” of disabled people and “a truly disgraceful appointment”.

United Response, which provides a range of support services to about 3,000 disabled people across England and Wales, this week announced the appointment of management consultant Malcolm McCaig (pictured).

McCaig has been a non-executive director of Unum UK since July 2009 and was appointed to chair the company’s board last year.

But Unum has spent decades attempting to influence UK government policy on welfare reform and is blamed by many disabled researchers and activists for pushing successive governments to make the process of applying for out-of-work disability benefits harsher and more stressful.

Those policies have been closely linked to the deaths of countless benefit claimants and with causing significant harm to the physical and mental health of many others.

Campaigners argue that Unum has spent years trying to undermine the social security system to boost the market for its own income protection insurance (IPI) policies.

In 2011, Unum launched a major UK marketing campaign to promote the need for IPI policies, just as the coalition began its three-year programme to reassess about 1.5 million existing claimants of old-style incapacity benefit through the new work capability assessment (WCA).

United Response this week celebrated the appointment of its new chair, describing him as “a strong advocate of diversity and inclusion” who would be “a major asset to the organisation”.

But Mo Stewart, the disabled researcher who has done most to raise concerns about Unum’s influence on welfare reform*, described McCaig’s appointment as “an insult to the chronically ill and disabled people being coerced and intimidated by the DWP, who used Unum as advisers for welfare reforms that have caused death, despair and destitution for those in greatest need in the UK”.

Disabled People Against Cuts (DPAC) described the appointment as “a betrayal of all the disabled people and their families who have suffered under the work capability assessment”.

A DPAC spokesperson added: “More than that, though, we consider it active collusion in Unum’s interest in replacing the UK social security net with an insurance system from which they will profit and disabled people will be harmed.

“Given Unum’s history in the US of denying disability in order to avoid pay-outs this is a truly disgraceful appointment.”

Rick Burgess, another leading disabled activist, said: “Given Unum’s reputation in being a ‘disability denial factory’ and its role in abusive disability welfare changes, this appointment is completely inappropriate, unless of course United Response plans on replicating Unum’s approach to disabled people.”

It is also not the first time Unum has courted links with the disability sector.

Two years ago, the Mental Health Foundation was heavily criticised for launching a partnership with Unum that aimed to tackle the stigma of mental health in the workplace and encourage employers to safeguard the mental health of their employees.

Unum’s links with the UK government date back to the 1990s, when Peter Lilley, social security secretary in John Major’s Conservative government, hired senior Unum executive John LoCascio to offer advice on how to cut the number of claimants of long-term sickness benefits.

A detailed memo submitted to the Commons work and pensions committee in 2002 by a director of Unum – then known as UnumProvident – called on the Labour government to “ensure both that work always pays more than benefits, and more importantly that it is clearly seen to do so”.

And in 2005, Unum bragged in a document that it had “always been at the leading edge of disability assessment and management”, and that government policy was now “moving in the same direction” as “our views and understanding” and was “to a large extent being driven by our thinking and that of our close associates”.

Three years later, in 2008, the Labour government introduced the WCA.

Stewart said McCaig’s appointment “disregards the history of this American corporate giant, the fact that they were official government advisers from 1992 regarding ‘welfare claims management’ which influenced the introduction of employment and support allowance and the notorious WCA”.

She also pointed out that Unum was accused of operating a “disability denial” agenda by a professor at Yale Law School and was identified by the American Association for Justice as being the second worst insurance company in America.

In 2005, California’s insurance commissioner, John Garamendi, described Unum Provident as “an outlaw company” that had “engaged in a strategy to increase its bottom line at the expense of its customers”.

The company has previously admitted widespread criticism of its past actions in the US, mainly over its refusal to pay out on large numbers of genuine insurance claims by disabled people, a record also mentioned five years ago in a Commons debate on the WCA.

That research, said Stewart, led to the fatally flawed biopsychosocial (BPS) model of assessment on which the WCA is based.

Unum has repeatedly dismissed claims that it pushed the government to introduce the WCA system, and two years ago even claimed that it “never has lobbied on the topic of welfare reform or related matters”.

United Response failed to respond to the concerns about Unum.

But Tim Cooper, the charity’s chief executive, said: “Malcolm is an outstanding individual whose background and vast experience will prove invaluable in leading United Response and helping it achieve its vision.

“We undertook an extensive recruitment process resulting in an incredibly strong shortlist of candidates, and Malcolm’s skill set and demonstrable understanding of the charity led to his appointment.”

*Stewart’s book, Cash Not Care, details Unum’s influence over successive UK governments, and how it led to the introduction of the WCA