You are here: Home / Politics / Disability minister says addressing DWP’s legacy of distrust and distress ‘is a big priority’ 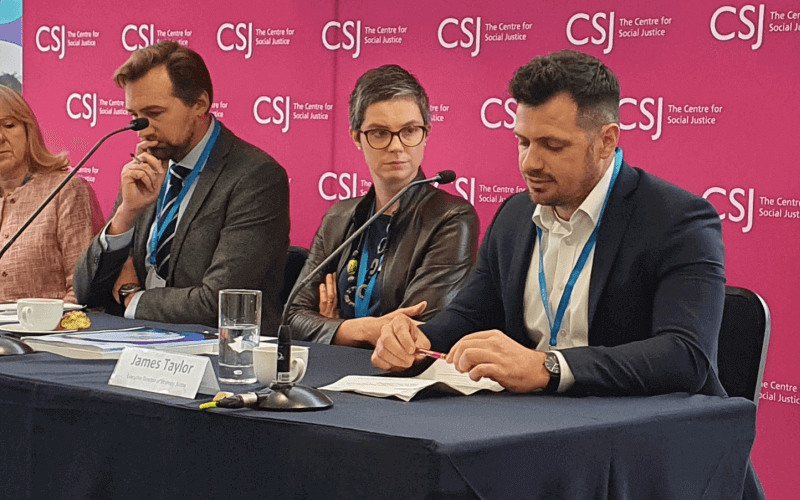 The new minister for disabled people has said it is a “big priority” for her to address the legacy of distress and distrust created by a decade of deaths of benefit claimants that have been linked to the actions of her new department.

Chloe Smith made the comments about the Department for Work and Pensions (DWP) after being asked by Disability News Service (DNS) how comfortable she felt stepping into a department that has been closely connected – including through reports from coroners and DWP’s own secret internal reviews – with so many deaths.

Scores of deaths have been linked to DWP’s systemic failings, including its refusal to act on reports by coroners following inquests in 2010 and 2014, and a report in March 2014 by the Mental Welfare Commission for Scotland, while more than 200 secret reviews have been carried out into the deaths of claimants over the last decade.

DNS told Smith this week that these deaths have left “a legacy of distress and distrust”.

In response, Smith told the fringe meeting at the Conservative party’s annual conference in Manchester: “We must be able to help people to have confidence in, in this case the DWP, but indeed other parts of public services as well.

“That is a fundamental, so we have to address these things and it is a big priority for me to do so.”

It is probably the closest any DWP minister has come to an apology for the department’s widespread failings over the last decade.

Smith added: “I can assure you that those things are something I am looking at very, very closely and there is much to do to help people to have confidence that the processes that are necessary are running as they ought to, and that there is a set of positive things that the government seeks to do for people who have ill-health or who face disability.”

After the meeting, she approached DNS to ask for the question to be repeated, and said she would then “think if there is anything further I can add to it”.

After repeating the question, DNS editor John Pring explained that he had interviewed many families of claimants who had died over the last decade and he told her that if he was going to take a job within DWP he would feel “deeply, deeply uncomfortable”.

But after hearing the question again, Smith said it was “good to know that you’re interested in that” but for “the time being” she would “leave it there”.

Her comments came as the mother of a disabled woman who took her own life after her benefits were wrongly stopped said she would seek permission to appeal against a court’s ruling that there should not be a second inquest into the death of her daughter (see separate story).

Joy Dove said she refused to accept that the first inquest in May 2017 – which lasted just 37 minutes – was a “thorough investigation” into the role played by DWP in the death of her daughter, Jodey Whiting.

She said: “I believe that there should be a proper and full look at the way that she was let down by the DWP and that the public need to know what went wrong there.”

The new minister had also been asked in the meeting – organised by the Conservative Disability Group – how much of a priority it was for her to push for the closure of assessment and treatment units (ATUs).

Smith said that the new care minister, Gillian Keegan, was “closely committed to being able to resolve that position”.

She said: “It has been going on a very long time, and they need close attention and I think they are getting it.”

She also told the meeting that, since her appointment as the new minister for disabled people, she had had all the commitments made in the government’s new National Disability Strategy “written out in large print on my office wall so that they can be seen and so that we can pursue them very vigorously”.

The strategy was criticised for pledging less than £4 million in new funding to accompany its commitments, an equivalent of just 28p of new funding for every disabled person in the UK.

Picture: Chloe Smith (second from right) at another fringe event during the conference