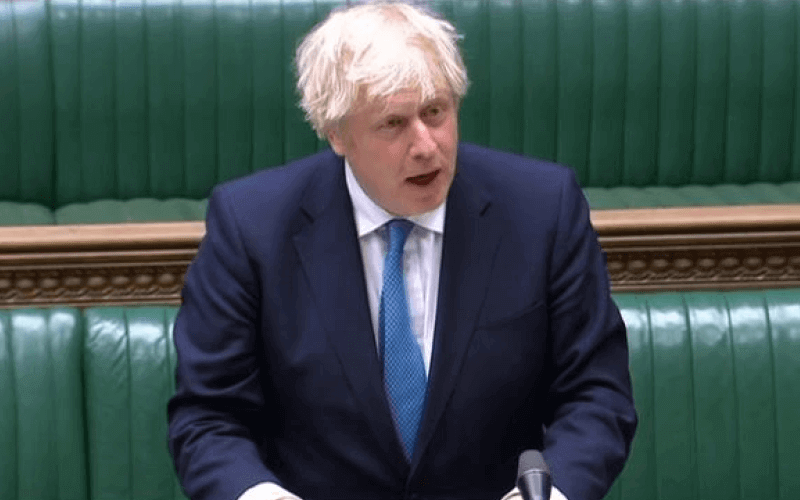 The government has pledged less than £4 million in new funding to accompany its new National Disability Strategy, figures produced through a freedom of information request have revealed.

The figures, released by the government’s Disability Unit, show that of the £1.6 billion the prime minister said would support the reforms, only £3.95 million had not previously been announced.

This is even less than previously estimated by Disability News Service (DNS), and it means that the government is offering just 28p of new funding for every disabled person in the UK.

In his introduction to the strategy, Boris Johnson (pictured) described it as “the most far-reaching endeavour in this area for a generation or more”, and said it was the “down payment” on the government’s pledge to “to build back better and fairer, for all our disabled people”.

But the Disability Unit, part of Johnson’s Cabinet Office, has now admitted there is almost no new money attached to this pledge.

In fact, nearly all the £1.6 billion was announced at last November’s spending review, or even earlier.

Only four small parcels of new funding have been announced, totalling a maximum of just £3.95 million.

There is up to £1 million to improve the accessibility of seaports on the Isle of Wight and the Isles of Scilly; £1.5 million to help the smallest bus companies provide audio-visual information on their services; an extra £450,000 for new Changing Places toilets across the transport network; and up to £1 million to develop a new Centre for Assistive and Accessible Technology.

When divided among the 14.1 million disabled people the strategy says there are in the UK, this total of £3.95 million amounts to just 28p per person.

Fazilet Hadi, head of policy for Disability Rights UK, said: “This analysis casts an even bleaker light on the government’s disability strategy and its commitment to tackling the inequalities faced by disabled people.

“Almost all of the £1.6 billion was money already in the system.”

She said this mirrored last week’s announcement on increased health and social care spending, which “again left disabled people at the back of the spending queue”, with “no recognition of the true scale of the hole in social care budgets and no end to the lack of care, inadequate care and increased charges faced by disabled people”.

When DNS asked how the minister for disabled people could justify such a small amount of new funding on the disability strategy, a Disability Unit spokesperson declined to comment.

She also declined to explain how this could be described as a “down payment” on the prime minister’s promise to “build back better and fairer, for all our disabled people”.

But Tomlinson was asked about the DNS figures when he appeared before the work and pensions select committee yesterday (Wednesday).

He did not deny the figures, but he said that focusing on new funding “misses the point of the National Disability Strategy because this is about removing barriers within society”.

And he said there were “many, many, many examples” in the strategy of the government identifying “common sense things” that can be done to remove barriers that are “preventing people going about their everyday lives”.

He pointed to a success where campaigning by the mother of a disabled child had led to some councils agreeing to add at least one piece of inclusive play equipment when they refurbish playgrounds or build new ones, and to a possible change in government planning rules.

Tomlinson said a “huge amount” of the Disability Unit’s work in the next few weeks would be to provide evidence for individual government departments that would “strengthen the likelihood” of disability-focused funding bids being successful in this autumn’s spending review.

He added: “Please do not lose sight of the fact that the majority of the things we need to do across society is about common sense, left and right hand joining up together, that don’t have an arbitrary Treasury cost, but matter incredibly to people who are having to deal with that in their everyday lives.”