You are here: Home / Activism and Campaigning / Disabled campaigners ‘one step closer to justice’, despite court setback 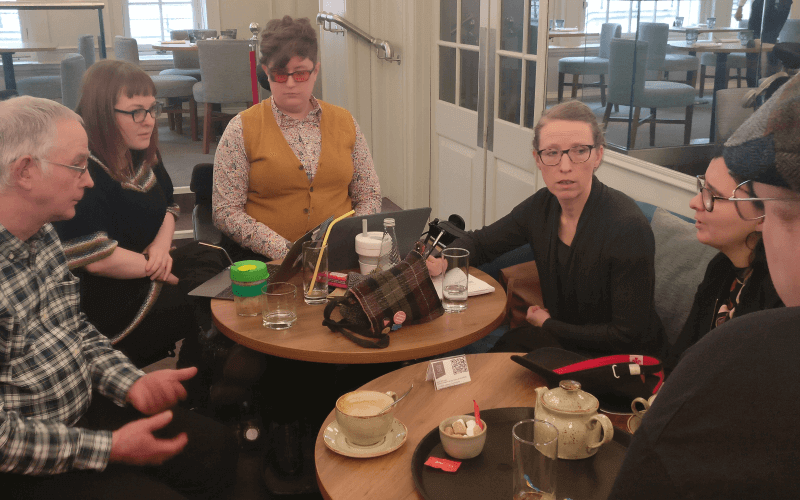 Disabled campaigners believe they are “one step closer to justice”, despite losing a legal case against the government over the potentially ruinous costs of taking discrimination cases through the courts.

Leighton had challenged the government’s failure to reduce the financial risk faced by disabled people taking discrimination cases through the county court system.

She wanted the government to extend a system called Qualified One Way Cost Shifting (QOCS) – which is used for personal injury claims – to Equality Act cases.

But Mr Justice Cavanagh dismissed her application, concluding that the Ministry of Justice (MoJ) was acting lawfully because it had not yet decided whether to extend QOCS to discrimination cases.

Leighton had argued that the government had had seven years to make that decision and had still not done so.

But the government convinced the judge that it needed more evidence that disabled people were being denied access to justice.

But the judge also made it clear that if justice secretary Robert Buckland decides to “kick the issue into the long grass”, the government could eventually be seen to be taking a “definite decision” not to extend QOCS.

This would provide another opportunity for a legal challenge by disabled people.

The judge said the case was of “general public importance”, but although he found that Leighton and others bringing discrimination claims were being treated less favourably than personal injury claimants, he found that this was not unlawful discrimination.

He also made it clear in his ruling that extending QOCS would “improve matters” for county court discrimination cases.

Leighton has brought many successful claims for disability discrimination in the county court, representing herself because of the cost of paying a solicitor, but she has often had to withdraw from more complex cases of discrimination by large corporations because she could have been asked to meet the other side’s costs if she lost.

Although she said she was “very disappointed” when she heard the case had been dismissed, she told Disability News Service yesterday that she realised after reading the 105-page judgement that there was much in it that was “fundamentally positive”.

Leighton, who was represented by legal firm Deighton Pierce Glynn, with the case funded by the Equality and Human Rights Commission (EHRC), said: “The fight goes on.

“The judge made it very clear that if they make a decision and it’s not to extend QOCS we can challenge that, and we will.”

Francesca Di Giorgio, a campaigner with Reasonable Access, who attended yesterday’s hearing, said she, like many other disabled people, was “routinely discriminated against every day”.

She said: “I’m very well versed in my rights, but without legal representation I don’t have the time, money and confidence to take cases.”

She said the kind of protection available to people taking personal injury claims was not available to her in her efforts to defend her right to access society as a disabled person.

But she said: “We are a step closer to justice.

“The court has decided that disabled people are discriminated against.

“It is disappointing that the Ministry of Justice and the government have not taken steps since the legal reforms introduced seven years ago to make sure disabled people’s rights that exist in law can be protected in practice.

“We are calling on the government now to practice what they preach by putting in those protections.”

Doug Paulley, another leading disabled campaigner, who like Leighton has taken discrimination cases through the courts, was also in the high court yesterday.

He said he was disappointed with the ruling, but said it was still a “step forward”.

He said: “The judgement makes it pretty clear that this is not a satisfactory situation and the government needs to get on and make a decision after more than seven years of not doing so.”

Paulley said the government now needed to “get on with the decision” on whether to extend QOCS to discrimination cases, as the current situation “prevents people bringing legitimate cases of discrimination”.

He and his fellow campaigners now want a meeting with Buckland to ask how he plans to make disabled people’s Equality Act rights a reality.

Paulley said: “This is genuinely a step forward in that it has made it clear that the government must stop procrastinating.”

After the case, the disabled people’s organisation Inclusion London, which intervened in the case and also attended the hearing, called on Buckland to “extend cost protections to Disabled people to enable us to use the Equality Act to tackle disadvantage and discrimination”.

An EHRC spokesperson said: “We funded Esther Leighton’s case because we believe that the risk of high legal fees often prevents victims of discrimination from bringing claims.

“We are disappointed in the ruling and hope that the government announces its plans to address this risk as soon as possible.”

A Ministry of Justice spokesperson said: “We will consider this judgement carefully and respond in due course.”

Picture: Esther Leighton, third from left; Francesca Di Giorgio, second from left; Louise Whitfield, from Deighton Pierce Glynn, fourth from left; and other supporters, discussing the judgement after it was published.