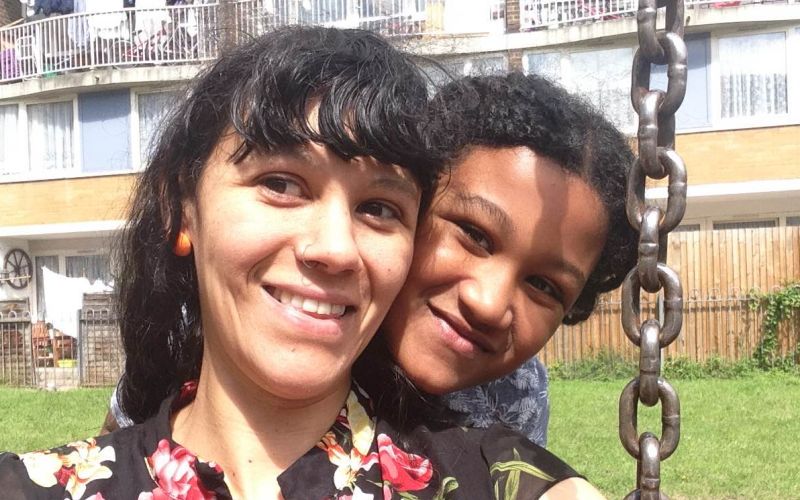 An autistic mum has secured more than 50, 000 signatures in just two weeks for a petition calling on the government to ban the sale of dangerous chemicals that are being sold as “cures” for autism.

Emma Dalmayne says she has discovered dozens of “snake-oil salesmen” selling products which claim to cure autism, many of which can cause serious harm.

She has already reported four people to the police in the UK, including a mother who described online how she had been using the bleach-like product chlorine dioxide (CD) to “treat” her autistic child.

The Metropolitan police have been “conducting welfare checks” on the child, following a complaint made by Dalmayne about a woman in north London last week. She has also contacted social services about the family.

“Officers are in contact with the complainant and are making enquiries to establish the full detail of the allegation, and if any criminal offences have been committed.

“Officers are also working closely with other agencies, including social services, to ensure any safeguarding issues are managed appropriately.”

The US Food and Drug Administration has warned that using MMS (Miracle Mineral Solution, another name for CD) as instructed produces “an industrial bleach that can cause serious harm to health”, similar to products used to strip textiles and for industrial water treatment.

It says: “High oral doses of this bleach, such as those recommended in the labeling, can cause nausea, vomiting, diarrhea, and symptoms of severe dehydration.”

Dalmayne, who lives in south-east London and has six children – all of whom are neurologically diverse, including two with diagnoses of autism – runs a Facebook support group for other parents of autistic children.

She first came across MMS last year and was “horrified” by what she learned.

She says there are Facebook groups all over the world that offer support to parents who want to “cure” their children, while MMS is available for sale on eBay, and other products such as GcMAF are also widely available.

The people pushing the treatments, such as US author Kerri Rivera, often claim they rid the body of parasites they believe are responsible for causing autism.

The Facebook groups often feature concerns raised by parents who describe their children throwing up, having blood in their stools, skin rashes and nose bleeds after using the treatment, while Dalmayne says CD has led to bits of children’s bowels being stripped away, respiratory problems and severe dehydration.

One child in Florida had to have his bowel removed because of the amount of bleach he had been given, she said.

Dalmayne said she believes the push to “cure” autism is “hate speech” – equivalent to trying to cure gay people – and those responsible are guilty of disability hate crime.

She said: “Autism is not a curable condition. This should not be happening.

“It makes us in the [autism] community feel like we are under siege. There is so much out there that is being pushed to parents to try and eradicate us, basically.

“It is all about so-called normalising and driving autism out.

“If your child improves on any of these treatments it is because they are internalising [their behaviour] because they know that their mum or dad doesn’t want them to be themselves.”

Dalmayne said the Facebook groups make up a “horrible under-world” of people who are advised not to use their real names online, or say where they live, or to tell doctors, teachers or social workers that they are using the products on their children.

Dalmayne, who has written a book for parents that offers insights into life as an autistic person – It’s an Autism Thing… l’ll Help You Understand It – has already helped The Sun newspaper expose two people in the UK who were selling MMS.

One of her autistic children, eight-year-old Damien (pictured with his mum), said it was “sad” that people were selling these products.

He told Disability News Service: “It should be illegal.”

Now his mum wants the government to introduce legislation to ban advertising such cures to the general public, as was done with alleged remedies for cancer with the 1939 Cancer Act.

She says on her petition, which was launched earlier this month and by this morning (Thursday) had secured more than 50,000 signatures: “Currently there’s nothing to stop people marketing the false idea that autism is something that can be or needs to be cured. I think it’s time we change that.

“Autism is a neurological condition, it’s not something you can cure like an injury or illness.

“With the right professional therapies, people with autism can thrive, but there’s no product that can offer a magical ‘fix’.”

The Department of Health (DH) refused to confirm that it was not in favour of new legislation.

But a DH spokeswoman said that local authorities were responsible for using trading standards legislation to prevent the marketing of such products.

She said: “There is no place for the marketing of potentially harmful substances as ‘miracle cures’ for autism, and legislation exists to make sure local authorities prevent it from happening.”

She also said that the Food Standards Agency had issued advice to local authorities to take appropriate action in such cases and had placed consumer advice for oral products on its website.

The Medicines and Healthcare products Regulatory Agency (MHRA) said: “MMS contains sodium chlorite (bleach) and it has no proven, or conceivable, health benefit and we advise people not to buy this product.

“The Food Standards Agency has issued warnings to consumers advising against use of this product.”

It also said that GcMAF products “may pose a significant risk to people’s health”.

A spokesman said: “An investigation into GcMAF products is being undertaken after we found the manufacturing conditions unacceptable and the originating material unsuitable for human use.”

But the spokesman added: “MHRA has not stated that there should be new legislation to stop the supply of these products.” 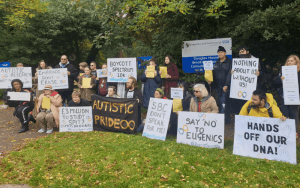