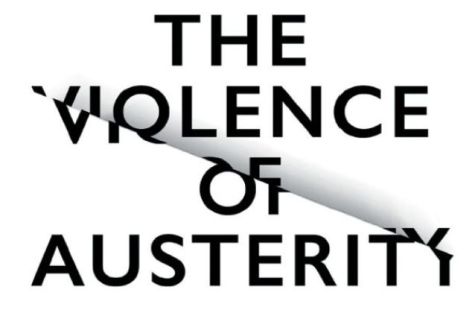 Disabled people are being subjected to dangerous violations of health and safety laws after being forced to take part in government workfare programmes, according to new research published this week.

The analysis of first-hand accounts of benefit claimants forced into unpaid work by the Department for Work and Pensions is one of 24 short essays collected in The Violence of Austerity*, a new book that details the “devastatingly violent consequences” of the government’s austerity policies.

Academics, journalists and campaigners show in the book how austerity policies have led to destitution, eviction, power supplies being cut off, the seizure of possessions, homelessness, deportation and hunger.

In one chapter, Jon Burnett and Professor David Whyte, one of the book’s editors, analyse more than 500 individual accounts written by benefit claimants who took part in workfare schemes between 2011 and 2015 and left descriptions of their experiences on the Boycott Workfare website.

Whyte, who is professor of socio-legal studies at the University of Liverpool, and Burnett, who works at the Institute of Race Relations, found that 97 of those accounts raised concerns about health and safety issues.

Many clearly involved illegal activity, with 36 of the 97 health and safety concerns taking place in retail stores or warehouses run by charities or social enterprises, and others in hospitals, recycling or waste disposal plants, and profit-making retailers.

As part of their exploitation, welfare claimants were often forced to complete physical labour at an intense pace, and were discouraged from taking rest or lunch breaks, with some even refused access to food or water.

All of them faced the threat of having their benefits sanctioned if they refused to follow orders.

One wrote: “Hard labour on feet all day heavy lifting despite my medical conditions.

“Out of eight that started, only three remain after working all day in the heavy rain and getting soaked and chilled to the bone.”

Another claimant who challenged the unsafe working conditions was “sacked” and given a six-month benefit sanction.

The authors analysed the accounts and found 64 “concrete allegations of breaches of health and safety law at 43 different workplaces”.

Often this related to the failure to provide protective safety equipment, for example from chemicals and dust, or carrying out heavy lifting and manual handling tasks without proper risk or health assessments, sometimes despite health conditions that had been brought to the attention of the supervisor.

One claimant described the “hard labour” he carried out from 9am to 5pm, and added: “I told them of my backpack pain and they just ignored it, they didn’t care.”

Another said: “I can’t stand or walk for more than 10 minutes and have severe stomach illness that means when I eat I’m in agony half an hour until 4 hrs after. They may as well have sent me a death sentence.”

Whyte and Burnett conclude: “The testimonies analysed in this chapter reveal how workfare, as a form of forced labour, effectively permits employers to breach health and safety laws with impunity.”

It is not clear how many of the claimants whose comments they analysed were disabled people, but Whyte has told Disability News Service (DNS) that he believes “a large number have ongoing health problems and have disability issues”.

A spokesman for the Health and Safety Executive (HSE) said: “Any specific allegations of unsafe working practices need to be reported to HSE through the proper channels** so we can look into them.

“HSE does not hold any specific guidance relating to work by, or workplaces employing, benefit recipients who are required to work as a condition of their status as claimants.

“Such persons or workplaces would be treated no differently to any other category. HSE would expect the approach to health and safety to be the same in all cases.”

He added: “Any allegations of this sort are taken very seriously and would be considered on a case by case basis.”

John Pring, editor of DNS, has also written an essay for the book, on the impact of welfare reforms on disabled people, and describes how the current and previous governments have refused to conduct basic research on the impact of their “reckless and ill-evidenced” policies.

He says that for every policy “there is testimony from friends or family of the harm caused to individual disabled people who have been powerless to protect themselves, have had their freedom catastrophically affected, and have seen their dignity, health, choices and ability to control their own lives restricted in a way that can only be described as damaging and violent”.

But he also describes how disabled people have fought back, through protests and campaigns, petitions, legal actions, their own high-quality research, and through Disabled People Against Cuts’ complaint to the UN committee on the rights of persons with disabilities.

Another of the essays is by the award-winning social affairs journalist and author Mary O’Hara, who writes about the links between austerity and a rise in mental distress and suicides.

She describes how, after 2010, jobcentre workers began speaking out about “an increasingly punitive regime that was adding to the mental stress of both claimants and workers”, with one telling her: “It was very distressing to have customers literally without food, without heat, without resources – and these are unwell [and] disabled customers.”

Other chapters also describe the violence imposed on disabled people by austerity policies, including David Ellis’s essay on The Violence of the Debtfare State, which tells how the UK has seen “the normalisation of pervasive debt as a means of replacing the living wage and sufficient welfare provisions”.

He says this has “become apparent in a relentless barrage of headlines about migrant hordes, supposedly exploiting public services and undercutting wages, and the British benefit ‘cheats’ supposedly too idle to work and abusing the welfare state”.

He points to a survey published by the Disability Hate Crime Network in 2015, which found that “scrounger rhetoric” was highlighted by “around one in six of 61 disabled people who described being verbally or physically assaulted in disability hate crimes”.

Whyte and his co-editor Vickie Cooper, a lecturer in criminology at the Open University, conclude in their introduction to the book: “Where the state once acted as a buffer against social practices that put people at risk of harm and violence and provided essential protection for vulnerable groups, the contributions to this book show how the withdrawal of state support has the most devastating of consequences for vulnerable people.”

They add: “The violence of austerity is not delivered by ‘street gangs’ or by the individuals that are typically the focus of public anxieties and tabloid moral panics.

“The violence of austerity is delivered by smartly dressed people sitting behind desks.”

*The Violence of Austerity is priced £16.99 and published by Pluto Press