You are here: Home / Human Rights / Disabled quartet tell MPs and peers why assisted suicide bill is unsafe and unsound 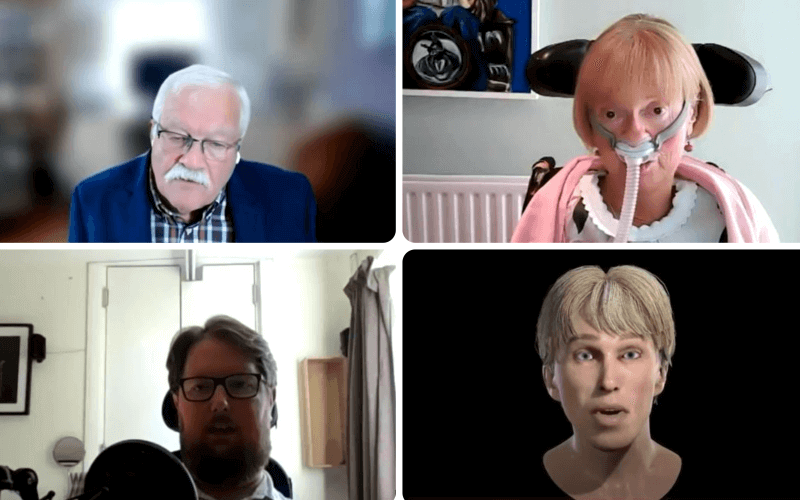 Four leading disabled campaigners – a scientist, an academic, a consultant and a peer – have explained to parliamentarians why proposals to legalise assisted suicide would put disabled people’s lives at risk.

All four told a meeting of the all-party parliamentary group for dying well that the assisted dying bill – which is set to be debated in the House of Lords this autumn – would not be safe.

The private members’ bill would legalise assisted suicide in England and Wales for some people who are terminally-ill, and it is being proposed by the crossbench peer Baroness Meacher, a former social worker and now chair of the campaigning organisation Dignity in Dying, formerly known as the Voluntary Euthanasia Society.

Griffiths, a research fellow in disability studies at the University of Leeds, and a member of the equality watchdog’s disability advisory committee, said it was “not a safe time” to be introducing the bill, both because of the “historical legacy of injustice experienced by disabled people” but also because the pandemic had exacerbated the marginalisation they face.

He said the COVID-19 crisis had led many disabled people to feel lonely and that they were a “burden” on others.

Griffiths, who is also an adviser to the Department of Health and Social Care, said: “I think [the bill] is introduced at a dreadful and dangerous time.”

He said the experience of states and countries where assisted suicide has been legalised, including the US state of Oregon, showed health professionals offering the option “as a way to relieve the burden on families and individuals”.

He said countries that had opted for legalisation had seen steadily increasing numbers of people choosing an assisted suicide, with campaigners constantly pushing for the eligible groups to be expanded.

He also said the Royal College of Psychiatrists in the UK had shown how difficult it would be to determine if someone was being coerced into opting for an assisted suicide.

But as a scientist, he said, he is trained to question even the most obvious and fundamental assumptions.

And he said that his own experiences disproved the “apparent self-evident truth” that it was not possible for someone with late-stage motor neurone disease not only to survive but to “thrive for many years” and even improve their quality of life.

He said this was “a crucial test” in weighing up whether the bill was fair and safe.

Last autumn, he was the subject of a Channel 4 documentary which followed his quest to turn himself into a “human cyborg” and so not only stay alive, but to thrive, despite his diagnosis with an apparently terminal condition.

He said the bill risked “protecting an individual’s human right to choose to die without putting the same effort, education and funding into their right to thrive”.

Baroness Campbell, the founder of Not Dead Yet UK (NDY UK), the leading organisation of disabled people campaigning against legalisation in the UK, and a member of the all-party group, said that 12 disability organisations had already signed up to NDY UK’s campaign against the bill, with more expected to follow.

She added: “There are no organisations in this country, of or for disabled and terminally-ill people, who actively campaign for the law on assisted suicide to be changed.

“Doesn’t that tell you something?”

Friend, one of the country’s leading disability consultants before his retirement last year, co-convenor of NDY UK, and still a significant public voice through his regular podcasts, said the Meacher bill, if it became law, would begin to place doubts in the minds of disabled people, and doctors themselves, about the role of the medical profession.

Friend, who contracted polio when he was three and spent much of his childhood in hospitals, said: “My most scary thought is that doctors are now going to be asked to consider ending life rather than saving it and that I think undermines the whole relationship that exists between the patient and the doctor.”

He also said that disabled activists had campaigned for decades – often through the social model of disability – to shift the public away from associating disabled people with words such as “suffering”, “pity”, “hopelessness” and “tragedy”.

And he said there was “no doubt in our mind that disabled people are still viewed pitifully and while that is the case, it’s very easy therefore to take a view that it would be easier for this individual to end their life”.

Friend said the safeguards in the bill were intended to protect disabled people from coercion by those who wanted them to die.

He told the MPs and peers attending the meeting: “It’s our concern that you should not focus on personal choice or personal morality, but focus on public safety.

“What we want you to do is to help disabled people to thrive, not to die.

“If you can go through the voting lobby… and put your hand on your heart and be sure that there will be no unintentional deaths as a result of this legislation, please vote for it.