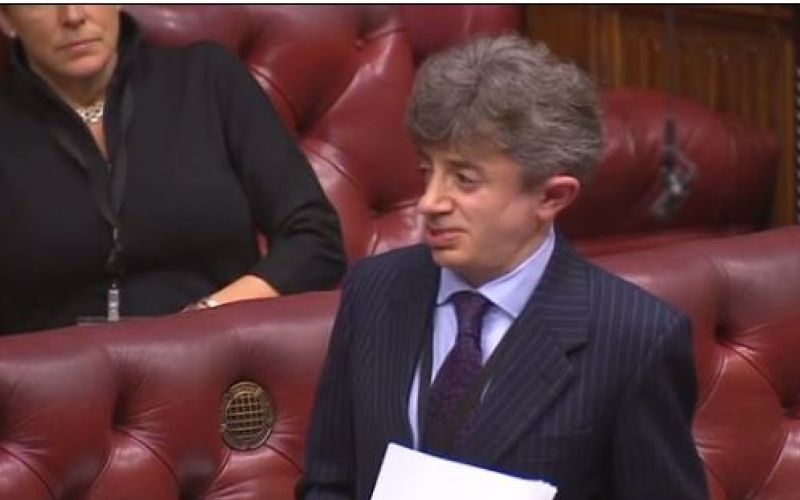 A disabled Tory peer has accused his own government of insulting disabled people by rejecting the chance to improve access to pubs, clubs and restaurants.

Lord [Kevin] Shinkwin said his party was in danger of “disowning” the laws it introduced through the Disability Discrimination Act (DDA) more than 22 years ago.

He was speaking during a Lords debate – a few days before Christmas – on the recommendations made by a committee of peers that had scrutinised the impact of the Licensing Act 2003.

One of the committee’s recommendations was a call for the UK government to follow the Scottish government in adopting a measure* that would force all licensed premises to produce a “disabled access and facilities statement” when applying for a licence to serve alcohol.

The statement would include details on access provisions, and any facilities the business had for use by disabled people.

The committee said in its report: “The provision by licensees of disabled access facilities does not impose on them a new obligation or financial burden, since this is no more than what they are already required to do by law.

“This requirement is a simple way of enforcing the law and ensuring that licensees comply with it.”

But when it responded to the committee’s report in November, the government said only that it would “consult disabled peoples’ organisations [DPOs] to understand better the extent of the problem”, and work with licensing enforcement officers and the licensed trade “to explore what practical measures can be taken”.

Lord Shinkwin (pictured) – who is currently in dispute with the government over the alleged “collusion” of a minister with the decision not to appointment him as a disability commissioner on the equality watchdog – told fellow peers that to describe this response as “inadequate” was to be “charitably polite”.

He said the government’s response was “a carefully worded, sensitively put, insult” and was “a feeble fig leaf for yet more of the same – ​more inaction”.

He said: “What worries me most is that we seem rapidly to be getting to the point where my party is in danger of effectively disowning its own DDA.

“How can I say that? Sadly, all too easily, because, had we pursued such a passive approach to tackling disability discrimination 20 or so years ago, there would never have been a DDA.

“It simply would not have reached the statute book, and the Conservatives would not have been able to claim the credit for having accepted that, in the case of disability rights, change does not just happen by accident.

“It requires government action. In its absence, we are instead going backwards.”

The Tory peer Baroness McIntosh, who chaired the Licensing Act scrutiny committee, was also critical of her government.

She said: “As the government say they are sympathetic on the issue of accessibility and point out that the 2017 Conservative manifesto made a commitment to review disabled people’s access to licensed premises, why, when we offer them a cheap, easy and painless way to achieve that, would they not want to seize the opportunity?”

The Liberal Democrat peer Lord Foster, who was also a member of the scrutiny committee, said he was “deeply disappointed by the government’s rejection of our pragmatic proposals on disabled access”.

Baroness Williams, a Tory Home Office minister, repeated the government’s position that it was “sympathetic to the issues that have been raised on disabled access and the problems with ensuring that business and service providers comply with the requirements of the Equality Act 2010” and would consult with DPOs, licensing professionals and the industry.

She said: “We hope that this will result in significant improvements for disabled people without the need for additional regulations.”

*The Scottish government has still not implemented the measure, more than seven years after it was approved by parliament through the Criminal Justice and Licensing (Scotland) Act 2010. It told Disability News Service last January that it would bring in the measure by the end of the current parliament in 2021.