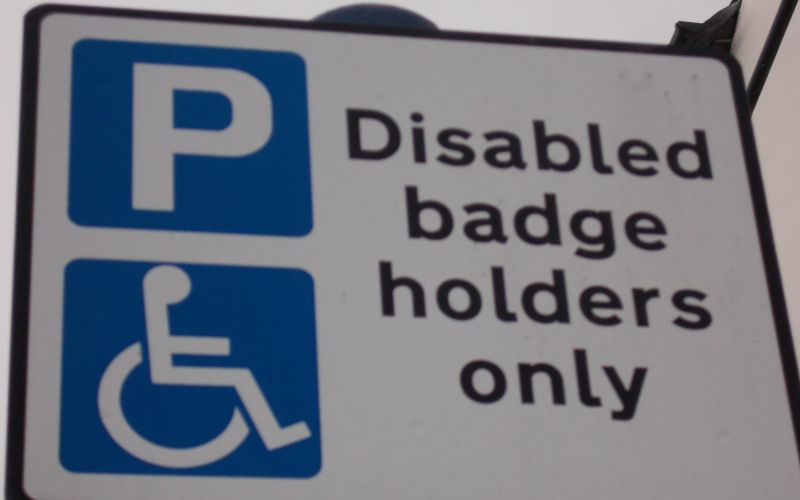 Disabled people whose mobility is affected by mental health conditions or autism are having their blue parking badges snatched away by local councils in England as a result of the introduction of the government’s new disability benefit.

Government guidance issued after the introduction of personal independence payment (PIP) advises councils how to deal with blue badge applications from disabled people who formerly claimed disability living allowance (DLA) but have now been reassessed for PIP.

Because of this guidance, disabled people who have had a blue badge for many years are now being told they no longer qualify for a blue badge simply because they have moved from DLA to PIP.

The Department for Transport guidance, published in October 2014, states that it is only those who qualify for the standard or enhanced mobility rates of PIP under the “moving around” criteria – those with physical impairments that mean they cannot walk very far – who should automatically qualify for a blue badge.

Those who qualify for the PIP enhanced mobility rate because they have problems planning and following journeys – including many people with autism and mental health conditions – are no longer automatically entitled to a blue badge, as they were if they claimed the upper mobility rate of DLA for the same reasons.

The updated blue badge application form included in the guidance document has no sections in which disabled people with problems planning and following journeys can provide evidence to show why they need a blue badge.

When asked if the Department for Transport (DfT) had carried out an equality impact assessment of the new guidance, a DfT spokesman said: “Not that I am aware of.”

By noon today (2 June), the DfT press office had been unable to produce an accurate statement that did not contradict the content of its own guidance documents.

Campaigners believe the concerns have taken this long to emerge because most of those affected are long-term DLA claimants with high support needs, who are only now beginning to be reassessed by the Department for Work and Pensions for their eligibility for PIP.

Christine Stringer’s 50-year-old son, who has autism, mental health problems and learning difficulties, has had a blue badge since shortly after leaving school, but it runs out later this month and now needs to be renewed.

But she has been told on the phone by her local authority, Walsall council, that he will no longer be eligible because he has recently been moved from DLA to PIP, even though he still receives the enhanced rate for both mobility and care.

Stringer said: “They rang to say he didn’t qualify because he didn’t have any mobility issues. It was quite a shock after 30 years of having one.

“His behaviour makes him a danger to himself and to others in public spaces. A blue badge has always been helpful for that.”

One of her concerns is that he might be forced to use public transport because he no longer has a blue badge, and that a member of the public might over-react to something he does, which could lead to him being sectioned.

She said: “They are very fond of sectioning people these days. I am just afraid that he may run into trouble as a result of not having a blue badge. I don’t know how we are going to cope.”

She said she believed the changes discriminate against her son and other disabled people in his situation.

Another Walsall parent, Jane Collier Westley, said she feared her 22-year-old daughter, Abigail, would be in the same position as Christine Stringer’s son.

Although Abigail Collier has not been reassessed yet, her mother fears she will lose her blue badge – which she has had since she was about eight – after she is moved to PIP from DLA, even though she is certain to be granted the enhanced mobility rate.

Collier Westley said her daughter had no sense of danger and can “throw tantrums” and “kick off at any time”.

With a blue badge, her family or care workers can be much closer to the car in case there are problems, but she said that losing it would “have a massive impact”.

Walsall council had refused to comment by noon today (2 June).