You are here: Home / Benefits and Poverty / Dispatches exposé sparks anger and frustration over ‘cruel and inhuman’ system 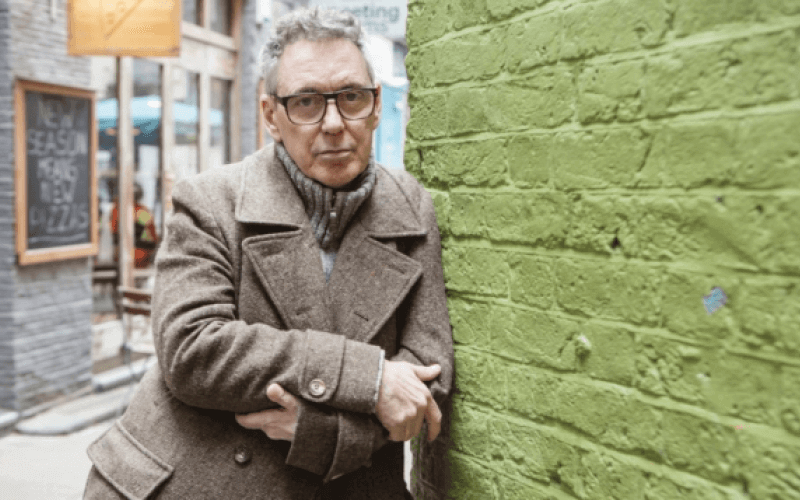 Disabled people who watched a documentary exposé of links between the Department for Work and Pensions (DWP) and the deaths of benefit claimants have shared their own experiences of its “cruel and inhuman” assessment system.

The Dispatches documentary, broadcast on Friday, focused on four of the countless deaths – those of Errol Graham, Philippa Day, Roy Curtis and Jodey Whiting – that have been linked to DWP’s system for assessing eligibility for disability benefits.

The Truth About Disability Benefits, produced in association with Disability News Service (DNS) and filmed and presented by disabled writer, journalist and presenter Richard Butchins (pictured), showed how the DWP assessment system had helped cause each of their deaths.

It also revealed the results of a survey, designed in conjunction with the Centre for Welfare Reform, which showed that hundreds of disabled claimants had attempted to take their own lives because of their interactions with DWP.

More than 3,500 people responded to the survey, with nearly a third of them (1,154 individuals) saying that their dealings with DWP had caused them to plan to take their own lives.

More than 450 (13 per cent) said they had gone as far as attempting suicide.

And more than three-fifths (2,158 individuals) said that the way the system was run by DWP caused them to have suicidal thoughts, while four-fifths (79 per cent) said they felt the process of claiming benefits had made their physical health worse.

Many disabled people responded to the documentary by sharing their own experiences of DWP assessments on social media.

Among them was disabled researcher and writer Sue Jones, who said on Twitter: “A friend of mine was dying of a brain tumour.

“In the last weeks of her life, she couldn’t even feed herself, yet the DWP sent her a letter, saying if she didn’t attend a work-related interview, they would stop her lifeline support.”

One disabled claimant said on Twitter: “I attempted suicide in October 2017 due to the DWP. I was refused benefits and it took four years to get to Tribunal where I won.”

Another claimant who had watched the programme said the system was “unnecessarily cruel and inhuman”, and described how the written report produced by the healthcare professional who had assessed them had been “a work of fiction”.

And another said: “I have been subject to these dehumanising, degrading processes. Then the lies that follow in the reports. It’s cruelty.

“As someone who worked in safeguarding prior to losing my job through health, I don’t know how they can behave as they do.”

Buckinghamshire Disability Service, which has supported thousands of disabled people with their benefit appeals, released a series of case summaries which showed that the “horrific” examples of DWP “incompetence and cruelty” shown by Dispatches were not isolated cases, but “typical”.

One of its tweets said: “Margaret, a 64 year old pensioner, lost the disability benefits they’d had for 40 years after a telephone assessment at which the #ATOS assessor said ‘no sign of pain could be heard’. A GP letter and records were ignored.”

Many of those who watched the programme spoke of their frustration that there was not wider discussion of the impact of the assessment process on disabled people, and of the “utter indifference of the media and politicians”.

Caroline Collier, chief executive of Inclusion Barnet, said she could “not help wondering what it would take to get the whole country talking about this?

“It should be top of the news agenda. We should all be shocked.”

Another disabled campaigner, Nikki Clarke, said: “As a disabled person, the thing that angers me is the complete absence of a public uproar over thousands and thousands of premature deaths and suicides, since the Tories implemented such callous welfare reforms a decade ago.

“They have robbed many disabled people of any quality of life.”

Many others spoke of the distress they experienced watching the programme.

One said they had been “in tears” watching the programme while thinking of the desperation that must have been experienced by the four disabled people whose stories were told.

But another pointed out that the programme did not even “scratch the surface of either the suffering, or the incredibly twisted and endless potholes put in the way of claimants”.

Asked for a response to the documentary, DWP said it had established a serious case panel in late 2019 to consider “thematic issues” identified from serious cases, and had consulted on the future of disability benefits through its Shaping Future Support green paper earlier this year.

DWP said its assessors were all trained and qualified health professionals, and that claimant surveys had consistently given assessment providers satisfaction scores of more than 90 per cent since the surveys started in 2016.

A DWP spokesperson said in a statement: “Our sincere condolences remain with the families of Philippa, Errol, Jodey and Roy.

“We support millions of people every year. Our priority is they get the benefits to which they are entitled as soon as possible, and to ensure they receive a supportive and compassionate service.

“This is what happens in the vast majority of cases but when sadly this does not, we take it very seriously and identify any lessons learned to inform future policy and improve the service we provide.”

*John Pring, editor of DNS, was an associate producer on the programme

**The following organisations are among those that could be able to offer support if you have been affected by the issues raised in this article: Samaritans, Papyrus, Mind, SOS Silence of Suicide and Rethink