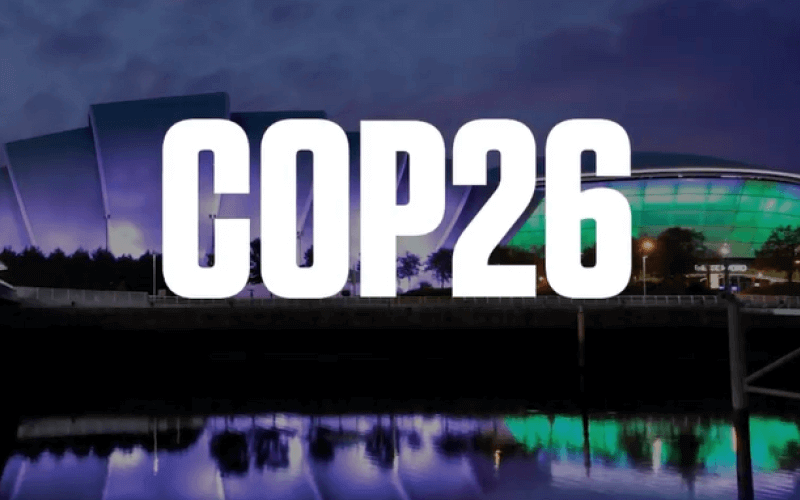 The UK government failed to ensure that serious faults exposed by an accessibility audit were fixed in time for the start of the Glasgow COP26 climate change conference, an official document released to Disability News Service (DNS) has revealed.

The access audit, provided to DNS under the Freedom of Information Act, shows that conference registration desks had no induction loops, the accessible entrance to the conference was missing clear signage, and many temporary platforms were left without step-free access.

Some of the failings were only put right on the second day of the conference (1 November) while others were not fixed until its fourth day, the document shows.

DNS had submitted the freedom of information request after the government admitted last month that there had been a series of access failings at the conference.

The new information is taken from an accessibility audit carried out by the government’s contractor, the events company Identity, following inspections on 20, 21, 22, 23 and 24 October.

The report shows that access failings that had been spotted by Identity at least a week earlier had not been fixed by the time the conference opened on 31 October.

Among the failings, the audit revealed on 22 October – nine days before the conference started – that hearing loops needed to be installed on conference registration desks, but the “date of completion” on the work is marked on the report as 3 November.

On the same day, 22 October, Identity said there was “no clear signage” at the main entrance to show where the accessible entrance was.

Again, this was not fixed until 3 November.

DNS reported last month how disabled conference delegate Jason Boberg, who had been attending COP26 on behalf of the SustainedAbility Disability and Climate Network, said there had been “massive issues” with the accessible entrance to the conference.

He had pointed to poor signage, and the lack of information about the existence of an accessible entrance – among other access issues – which meant “many people don’t know it exists, let alone where to go and what to do”.

The audit report also highlights how a number of temporary “pavilions” in halls four and five of the venue did not have ramped, step-free access, a problem which was not fixed until 3 November after 26 ramps were bought or otherwise obtained.

It also reveals that step-free access to the pavilion used by the NDC Partnership – a major international body that helps countries meet their climate change commitments – was not provided until 3 November.

Susie Fitton, policy manager at Inclusion Scotland, who herself spoke at a conference side event and raised concerns at the time about access, said the report was “very concerning”.

She said: “Making a very large event like a COP accessible to disabled people requires months of forward planning.

“It is very concerning that many access issues at COP26 such as a lack of induction loops on registration desks for those with hearing impairments, or a failure to provide clear signage to the accessible entrance, were only being addressed when COP was well underway.

“These issues should have been dealt with well before the COP had begun.”

She said the COP26 access failings were symbolic of the way that disabled people are excluded or not expected to take part in high-level discussions about climate action.

She said: “Disabled people are not yet considered as key stakeholders in international action to address climate change.

“Accessibility has not been mainstreamed within the climate movement – we see this by buses being laid on to bring people to COP26 that were electric but not wheelchair-accessible, or livestreams to side events being provided to enable remote participation that were not captioned for people with hearing impairments, or the total lack of British Sign Language interpretation for many events at COP.

“What are we saying to disabled people by failing to provide these things?

“That we don’t expect them to have a seat at the table when we discuss climate change and that their rights, requirements for daily living and perspectives on climate action are not important enough to be an integral part of events like COP.

She said: “It just reinforces how, for this government, disabled people are invisible and are not of any value and whatever they have got to say is not important.

“It is reinforcing their view and ideology of disabled people.”

A Green party spokesperson added: “The government knew at least a week before COP26 that the conference was not set up in any way that was accessible to disabled people.

“This meant that vital voices on the climate crisis were either locked out or struggled to be heard.

“Disabled people are one of the groups most affected by climate change.

“Their voices should have been centre stage, not impeded by inadequate provision.”

Disabled climate activist Pauline Castres said: “It is shocking that the accessibility audit for the COP26 venue flags critical issues such as a lack of clear signage for the main accessible entrance that were only addressed several days after the conference had started.

“There can’t be climate justice without disabled people, and it starts with them being able to access climate spaces, including physically.

“Access needs are not something that can be put on the back burner or partly addressed.

“They’re essential, and a human right, as highlighted by article nine [on accessibility] of the UN Convention on the Rights of Persons with Disabilities.”

The Cabinet Office’s COP26 Unit has told DNS that issues identified by Identity after the audit of the conference’s temporary structures were remedied “as soon as possible”, and where this could not be done before the conference opened, staff were “appropriately briefed to support and mitigate any issues”, such as providing “queue walkers to enhance the visibility of the accessible entrance”.

The COP26 Unit said there had been a “small number of issues” in relation to the scale and complexity of the event, and that the government apologised for any inconvenience that the “short delay to resolving these may have caused”.

It also pointed out that the pavilion spaces at the conference did not open until 1 November, the second day of the conference, and that portable ramps were available if needed.

A government spokesperson said in a statement: “Inclusivity and accessibility were key priorities at the COP26 climate summit in Glasgow and the venue was designed to facilitate these priorities.

“The SEC venue was awarded the gold charter of best practice in October, prior to the climate summit, by the disability-led charity Attitude is Everything, for the venue’s work in improving visitor experience for all types of events.”