You are here: Home / Benefits and Poverty / DWP admits destroying report on safety failings in jobcentres 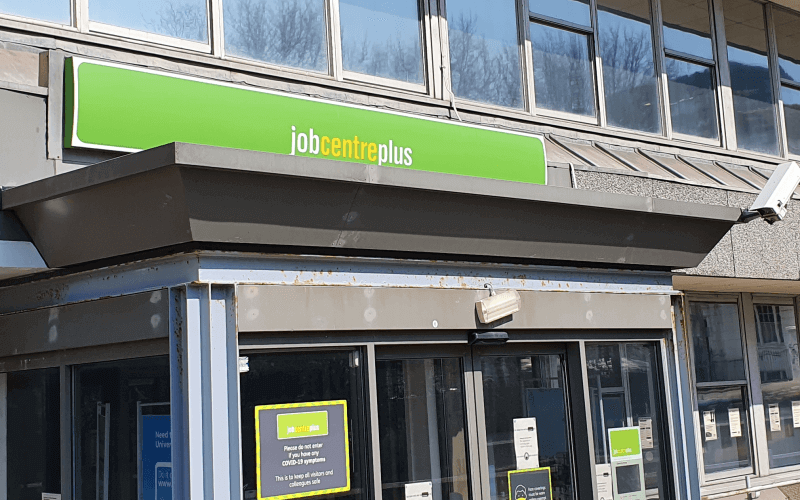 The Department for Work and Pensions (DWP) destroyed a damaging internal report about its failure to ensure the safety of benefit claimants in jobcentres, preventing it being released under freedom of information laws.

The report into safeguarding failures in south London jobcentres was written by three disabled people recruited under its Community Partners initiative, which was set up to build bridges between jobcentres and the local community.

The trio had written the short report just a couple of weeks after taking up their posts, after becoming increasingly alarmed by the failure of the 18 jobcentres they were working with to take basic actions to protect people claiming benefits such as universal credit, employment and support allowance and jobseeker’s allowance.

They recommended that urgent steps were taken to ensure jobcentre staff were properly trained in safeguarding.

The latest revelation will only add to mounting evidence that DWP as a department is not fit for purpose and that it needs to make urgent changes to ensure the safety of all benefit claimants is a priority, as demanded by the Justice for Jodey Whiting petition.

The report was written in September 2017, and Disability News Service (DNS) learned about its existence the following spring, about eight months later.

To avoid identifying its source, DNS submitted a freedom of information request asking DWP to release all reports written by Community Partners while working for DWP in London in 2017 and 2018.

But DWP continually delayed answering the request, breaching freedom of information laws in the process.

Last August, a civil servant in DWP’s freedom of information team told DNS that she had repeatedly attempted to secure a response from the jobcentre operations team and had warned them they had breached their legal duties under the act, adding: “I have tried. I don’t know why they are digging their heels. I am sorry.”

DWP eventually answered the request by claiming that it held no such reports, but after DNS complained to the information commissioner, DWP released several documents in January this year.

But these documents did not include the safeguarding report.

Now, in a letter to the information commissioner, DWP has admitted that the safeguarding report did exist but that it was destroyed after 12 months because its “Information Management policy only requires us to keep a corporate document of an internal briefing for a period of 12 months”.

That 12 months period ended at least four months after DNS first asked for this and other Community Partner reports to be released.

This suggests that DWP destroyed the safeguarding report to prevent it being released to DNS.

DWP refused to comment on its actions yesterday (Wednesday), and on the contents of the report.

But Rachel*, one of the report’s three authors, said she believed DWP had destroyed the document because it did not want to see it published.

She has previously described to DNS how DWP failed to provide her with the reasonable adjustments she needed during the six months she worked as a Community Partner.

She has now described some of the appalling safeguarding failings she witnessed, which led to her and her two colleagues deciding to write their report just two weeks after starting work.

On one occasion, Rachel heard a member of staff explain that a claimant with cancer of the spine, who needed his dressing changed every day, should be found fit for work “so he’s looking forward to the future”.

She also remembers sitting in on an interview with a universal credit claimant, who was 55 and not disabled and had just been made redundant.

He had been hit by the bedroom tax and said repeatedly that he was hungry because he was so short of money, but the DWP civil servant failed to tell him that he could request foodbank vouchers.

When Rachel asked the civil servant after the interview why she had not told him he could ask for vouchers, she was told: “Because he didn’t ask.”

Rachel said: “He said four times that he was hungry and couldn’t afford to go shopping and didn’t have enough money for food.

“That is just dangerous. That person is going to end up with malnutrition and depression.

“It was just a regular guy who was doing his best and did not know how the system worked, let alone that the magic word was ‘foodbank’.”

On another occasion, a man in extreme mental distress who had previously self-harmed in the Brixton jobcentre after being found fit for work, returned to the jobcentre and again began self-harming by banging his head against a window.

Staff were standing around watching, said Rachel, who had to take control, find a manager and tell them to contact the council’s social services department.

Despite her intervention, no report on the incident was written, despite her repeatedly asking for an incident report form.

She believes her insistence that the incident needed to be written up was one of the reasons she was eventually sacked, although DWP claimed it was because she had retweeted a social media post criticising Iain Duncan Smith, even though she believes the tweet was sent before she started working for DWP.

She said: “They all know they are putting people at risk but all they are concerned about is ticking boxes.”

DWP this week refused to comment on the safeguarding report, its contents and how the freedom of information request was handled.

A DWP spokesperson said: “We are not able to comment on the handling of individual FOIs.”

The Information Commissioner’s Office is continuing to investigate DWP’s failure to produce the report.

For years, DNS has been reporting on the alleged failure of DWP jobcentres to safeguard disabled people left in vulnerable situations because of flaws in the benefits system.

Many of these failings have led to the deaths of benefit claimants and will have subsequently been reported on in secret DWP peer reviews (now renamed internal process reviews).

The deaths of disabled people such as Lawrence Bond, David Clapson and Alan McArdle – and many others – have been linked to alleged failings of policy or practice within jobcentres.

Most recently, DNS has reported on the Independent Case Examiner report into the death of Jodey Whiting in February 2017, which concluded that DWP failed five times to follow its own safeguarding rules in the weeks leading up to her suicide.

That report led campaigners to set up the Justice for Jodey Whiting petition, which has now been backed by eight families of benefit claimants who lost their lives because of DWP failings, and is supported by Black Triangle, Disabled People Against Cuts, Mental Health Resistance Network, WOWcampaign, and DNS.

The petition has so far been signed by more than 25,000 people in less than three weeks. If it reaches 100,000 signatures, it should be debated in parliament.

Rachel said she backed the petition.

She said: “The safety of claimants is paramount. They really don’t have a clue as to how vulnerable people are.

To sign the Jodey Whiting petition, click on this link. If you sign the petition, please note that you will need to confirm your signature by clicking on an email you will be sent automatically by the House of Commons petitions committee