You are here: Home / Benefits and Poverty / Shock after inquest ignores ‘fitness for work’ and jobcentre concerns 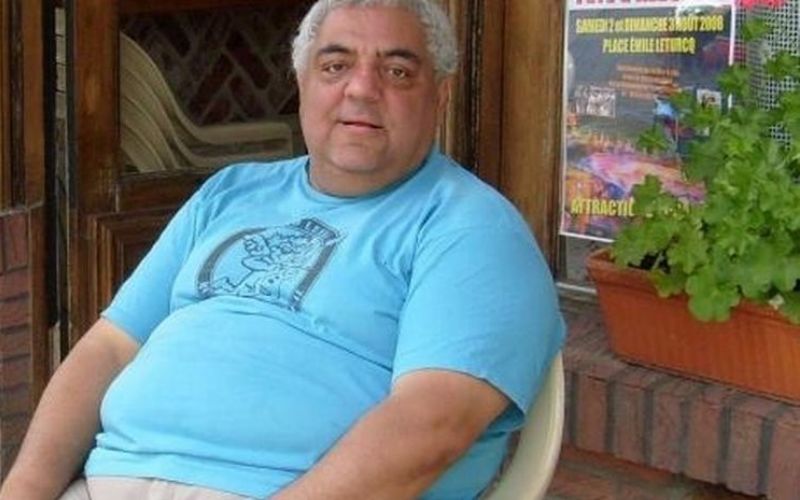 A coroner has declined to explain why he failed to take evidence on the apparent links between the government’s “fitness for work” test and the death of a disabled north London man.

An inquest into the death of 56-year-old Lawrence Bond (pictured), held on Friday, was expected to hear details of how he was found “fit for work” last autumn and then visited Kentish Town jobcentre hours before he collapsed and died in the street on 12 January.

Despite the failure of assistant coroner Dr Richard Brittain to examine those aspects of the case, the Department for Work and Pensions (DWP) has confirmed that it is carrying out an internal, confidential investigation – known as an internal process review – into the circumstances of Bond’s death.

The former electrical engineer had visited the jobcentre earlier on the day he collapsed and died from a heart attack, and was awaiting the result of an appeal against being found fit for work.

There had been hopes that the inquest at St Pancras Coroner’s Court would hear from the healthcare professional from the government contractor Maximus who had assessed Bond and found him fit for work, as well as jobcentre staff who had seen him on the day he died.

But no witnesses gave evidence at the inquest, with the coroner only reading out written statements from Bond’s GP, the first paramedic to attend him after he collapsed, a police sergeant who investigated his death, and the pathologist who carried out a post-mortem.

Dr Brittain concluded that Bond’s death was “non-suspicious” and that he had died of natural causes.

The inquest did hear detailed evidence which showed how ill he had been at the time he died, with conditions including heart disease, the lung condition sarcoidosis, diabetes, cirrhosis, depression, anxiety, agoraphobia and high blood pressure, and that he had been referred to a respiratory clinic.

His sister, Iris Green, who had not been able to attend the inquest, told Disability News Service (DNS) today (Thursday) that her brother had been desperately unwell, which would have been obvious to anyone who saw him, including the healthcare professional from Maximus who assessed his fitness for work last autumn.

She said her brother had visited the jobcentre on the day he died, and had been asked to climb some stairs.

She believes he told a member of staff that he would have a heart attack if he did so, and when told he could use the lift he asked if someone could accompany him because of his claustrophobia.

He was told this was not possible, but it was agreed that someone would come down to speak to him.

His sister said: “He was so distressed by then that [after leaving the jobcentre] he went to see a friend, who calmed him down, because he was very anxious and frightened.”

He collapsed later that day at a bus stop.

She said the stress of what happened at the jobcentre “definitely” contributed to his death. “He was worried about work, about money. They weren’t going to give him [disability benefits]. He didn’t know how he was going to live.”

She said that the decision to find her brother fit for work and the events that took place at the jobcentre should have been discussed at the inquest.

But she said the coroner may not have been aware of what had happened.

She said: “To look at him you could have seen that he was unwell. His breathing was terrible.”

She said her brother – who also had Asperger’s syndrome – had been told by his GP last June that he should not be working.

He had previously lost his job because of depression, and because he was falling asleep at work and experiencing serious breathing difficulties.

She said: “The doctor took one look at him and gave him a doctor’s certificate for two months and said, ‘You’re in no way fit for work.’”

Despite that “fit note” from the doctor, he had started a new job within a few days because he had wanted to work.

But his sister said he lost that job within a couple of months because his new employer realised how unwell he was, and was worried that the work would cause him to have a heart attack.

He was then assessed by Maximus, which resulted in him being found fit for work.

His sister said she was also unhappy that the coroner had failed to read out a written statement she had made in which she criticised her brother’s GP surgery for the repeated difficulties he faced in securing appointments.

Laila Victory, a close friend of Lawrence Bond, said she had been “very surprised” at the way the inquest had been conducted, and said she felt that he had been let down.

She said: “It wasn’t thorough at all. I thought the reason for the inquest was partly to establish whether he had been let down by the system.

It is believed that Bond was assessed at the same north London assessment centre that found another disabled man, Mr A*, fit for work four years ago.

A different coroner at the same court found in January 2014 that Mr A had taken his own life as a direct result of being found fit for work and ineligible for employment and support allowance, the out of-work disability benefit.

That result, and the “prevention of future deaths report” the coroner sent to the Department for Work and Pensions (DWP) – warning that other people with mental health conditions could die if DWP failed to take urgent action to make the test safe – have proved hugely significant in the continuing campaign to scrap the WCA and hold ministers accountable for their failings, and for the deaths of other benefit claimants.

Activists had hoped that Bond’s inquest would have a similar impact.

Claire Glasman, from the disabled women’s organisation WinVisible, said the inquest had been “shocking”, and that questions about the death of Lawrence Bond needed to be asked and answered.

She said there should have been statements from the Maximus healthcare professional whose assessment led to Bond being found fit for work, and from staff at the jobcentre.

She said: “They never even mentioned that he had been to the job centre just before what happened.”

Another disabled campaigner who attended the inquest, Robin Brook, from the local men’s group Payday, which campaigns on carers’ issues, said: “Nobody was called. It wasn’t justice.

“It just seemed like a paper exercise. They weren’t treating him like a human being. It’s wrong.”

A spokeswoman for the coroner said: “Coroner Brittain is unable to provide comment, even to correct any factual inaccuracies, as this would be incompatible with his judicial role.”

A DWP spokesman said: “The department is conducting an internal process review to ensure DWP processes were followed correctly.”

Asked about links between Lawrence Bond being found fit for work, his attendance at the jobcentre and his death, he said: “This is a matter for the coroner to decide.”

He said there had been no communication between the coroner’s office and DWP in relation to the case.

After Bond’s death in January, about 100 activists and their allies – including WinVisible – took part in a protest and vigil.

Labour’s shadow chancellor John McDonnell spoke at the protest, as did film director Ken Loach, who drew a comparison between Lawrence Bond’s death and that of the main character of his film, I, Daniel Blake, which was released last year.

The film features a man with a long-term health condition who is found fit for work through the WCA process, and eventually collapses and dies while trying to appeal that decision.