You are here: Home / Politics / DWP admits it has no idea how many of its disability champions are disabled people 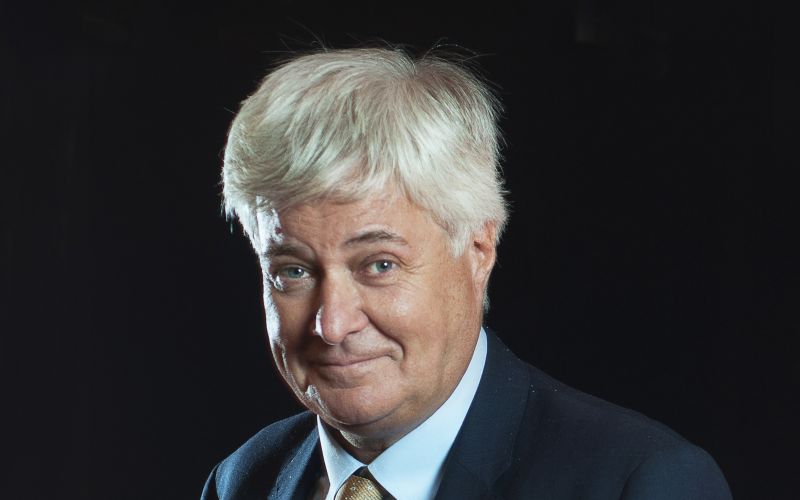 The Department for Work and Pensions (DWP) has admitted that it has no idea how many of its 19 “disability champions” are disabled people.

The disability sector champions – covering areas such as banking, gaming, arts and culture, media, music and retail – are supposed to drive progress in breaking down barriers and promoting inclusion.

At least three of the 19 are known to be disabled people – rail champion Stephen Brookes, music champion Suzanne Bull and hotels champion Robin Sheppard (pictured) – but it appears that many others are not.

Now, in response to a freedom of information request from disabled researcher and activist Ellen Clifford, DWP has admitted that it does not know how many of the 19 sector champions identify as disabled people.

Clifford submitted the request as part of research for her book about the government’s war on disabled people, due to be published by Zed Books in June 2020.

She said the failure to hold the information was “bizarre”.

Clifford said: “In line with article 29 of the United Nations Convention on the Rights of Persons with Disabilities, the government should be promoting participation of disabled people in political and public life.”

She pointed out that, with the likely departure of Jared O’Mara (although it emerged this week that he has postponed his plans to resign as an MP), there would be only six MPs who self-describe as disabled people – Marsha de Cordova, Robert Halfon, Paul Maynard, Stephen Lloyd, Marie Rimmer and Emma Lewell-Buck.

Clifford said: “If government departments aren’t even monitoring representation of disabled people in their recruitment to public positions, particularly in roles relating to disability, we can assume this is not an issue they have interest in tackling.”

She said it was another example of how “meaningless” the disability champions initiative was.

She said: “Whether the government’s disability champions are themselves disabled or not is not necessarily an indication of how well they are able to fulfil their roles.”

But she said there had been no evidence of “tangible outcomes” from their appointments.

She added: “The failure to hold any equalities monitoring data on the champions further confirms the idea that these are purely tokenistic appointments created to give the impression of progress while the government continues its deliberate retrogression of disabled people’s rights.”

Clifford also pointed out that the sector champions were appointed to “remove the obstacles faced by disabled consumers”, with former minister for disabled people Sarah Newton saying in March that this would help businesses take advantage of the “staggering” £249 billion a year spending power of disabled consumers and their families.

But Clifford said this figure represented their disposable income, before housing costs and essentials, so disabled people’s actual spending power was far lower.

She said: “The so-called ‘purple pound’ is not, as suggested by proponents of the idea, equivalent to the pink or grey pounds which represent the spending power of the gay community and older people.

“These are valuable to businesses because of the relatively high proportion of discretionary income – the amount left after tax, housing and basic living costs – that they contain.”

Clifford added: “The fact that the very basis for the initiative – the spending power of disabled people – fails to stand up to scrutiny underlines the government’s complete disinterest in what it would actually take to improve the lives of disabled people.”

Separately, Disability News Service has secured a copy of the agreement that DWP’s disability champions are asked to sign before taking on the voluntary, unpaid role.

The agreement says they are expected to be “a self-motivated successful business person with strong networks” and “passionate about driving social change for disabled people”.

They are also expected to be “a public advocate for improving accessibility and quality of services/facilities in your sector” and to “ensure businesses understand the benefits of employing disabled people”.

Although they do not have to pledge not to bring DWP into disrepute – as several charities have had to promise when taking contracts under DWP’s Work and Health Programme – they are not allowed to “represent any political preferences or views while undertaking the role”.

The agreement adds: “If you are asked to comment on government policy or legislation in your corporate role you will be expected to make it clear that you are speaking for your company and not as a Sector Champion.”

Asked why the department did not know how many of its sector champions were disabled people, a DWP spokesperson said: “Our sector champions have a proven track record of helping to tackle the issues faced by disabled consumers.

“While some of the champions do have a disability, it is not a requirement for the role, and as they are not public sector employees we do not ask them to disclose this information.”