You are here: Home / Politics / DWP ‘hypocrite’ ministers refuse to be held to same safety standards as social media 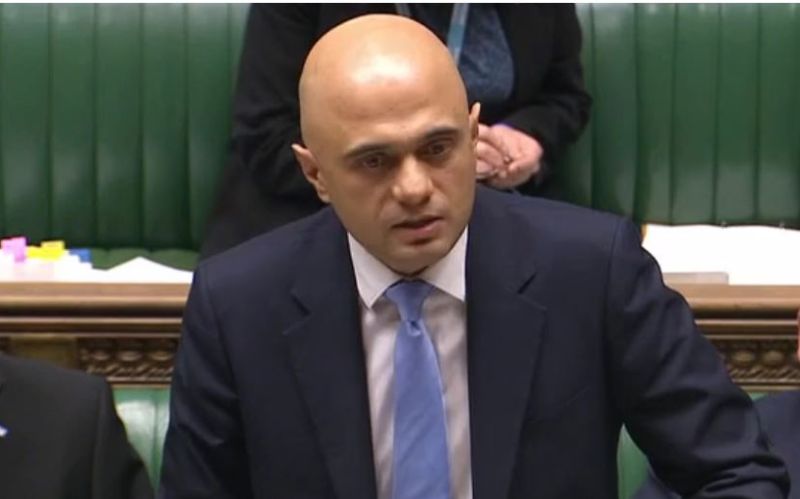 Ministers have been branded “hypocrites” for rejecting the idea that the Department for Work and Pensions (DWP) should be held responsible for benefit-related deaths, despite their government calling for social media managers to be held criminally responsible for safeguarding failures.

Home secretary Sajid Javid (pictured) said this week that the government was acting to hold the social media industry accountable for its failures because “we know, in our hearts, we know that protecting the vulnerable is our shared responsibility”.

But evidence has also mounted over recent years of links between the failings of DWP ministers and senior civil servants and the deaths of disabled people, particularly in relation to the flawed work capability assessment (WCA) process.

The deaths of disabled people such as Paul Donnachie, Mark Wood, David Barr, Stephen Carré, Lawrence Bond, David Clapson, Susan Roberts, Alan McArdle and Jodey Whiting – and many others – have all been linked to DWP safeguarding failings.

This has led to the launch of the Justice for Jodey Whiting petition, which says DWP ministers and civil servants should be held to account through a police investigation for their failure to ensure the safety of these and other benefit claimants.

In a speech to launch the new white paper on online harms, Javid said this week that some tech companies had “long got away with the claim that they cannot possibly be expected to take any more responsibility for the safety of their customers”.

He added: “If we saw a child being abused or threatened, I’m sure all of us in this room would step in and do something.

“And we’d do something because we know, in our hearts, we know that protecting the vulnerable is our shared responsibility.

“It’s not controversial, it’s not authoritarian. It’s just what you do in a civilized society… So if companies fail to fulfil their safeguarding obligations they will face serious consequences.”

This week’s white paper on online social harms – which is now out for a three-month public consultation – shows the government wants to hold social media companies to account for their safeguarding failings.

One of the key elements of the white paper is that the government is exploring new laws that would hold individual senior managers “personally accountable” in the event of a major breach of a new statutory duty of care, which could extend to “criminal liability”.

Ellen Clifford, a  member of the national steering group of Disabled People Against Cuts, said: “Social media companies must act against online disablist abuse but in pushing responsibility onto those companies, the government is conveniently avoiding its own role in deliberately enflaming hostile attitudes towards disabled people in order to justify welfare ‘reform’.

“The United Nations recommended in 2016 that the government undertake a widespread publicity programme to improve attitudes towards benefit claimants but this recommendation was rejected.

“If the government really cared about stopping disablism the first place to start would be the DWP.

“It is also entirely hypocritical to introduce new criminal laws holding companies to account for safeguarding breaches when government ministers and civil servants are still able to evade justice for the deaths of benefit claimants and ignore the blood on their own hands.”

“It’s not good enough just to safeguard a person up to a certain age and then throw them to the wolves.

“MHRN feels very, very strongly that those government ministers and senior civil servants who have engineered a hostile environment for people with mental health problems, some of whom have taken their own lives, should face some kind of justice.”

She said that the outsourcing companies who carry out disability benefit assessments on behalf of DWP – Maximus, Atos and Capita – should also be held to account.

She said: “We will see all of them held to account, even if it takes the next 10 or 20 years. We will not walk away and forget this has happened.”

McKenna pointed out that many people with mental health problems have experienced abuse as children and are now being “subjected to the cruelty of the benefit system and sanctions”.

She added: “It seems to be that we are protecting children until they reach a certain age, at which point we change from seeking to protect them to almost despising them.”

Ian Jones, from the WOWcampaign, said: “It is now up to Justin Tomlinson and Amber Rudd to explain to disabled people how they are going to introduce a requirement for the DWP to demonstrate a duty of care to disabled people and all claimants of universal credit and other benefits.

“DWP staff and ministers whose conduct may have caused harm to claimants of universal credit and other benefits should be held to the same standards as social media bosses when ignorance and failure to follow procedure leads to harm.”

John McArdle, co-founder of Black Triangle, welcomed the white paper announcement but said it would be “rank hypocrisy” if the government was not going to hold DWP to the same standards.

He said: “Ministers and civil servants should face the same exacting standards as Sajid Javid proposes.”

DWP has continually insisted that it is already “committed to safeguarding vulnerable claimants”, has “robust safeguarding in place to protect and support vulnerable people” and that “where any failings on specific cases have been identified, we have addressed these to ensure they are not repeated”.

Asked this week if similar laws to those proposed for social media companies should be introduced to cover the actions of civil servants and ministers running DWP, a DWP spokesperson refused to comment.

And asked if there should be a criminal investigation into the safeguarding failings of DWP ministers and civil servants, she again refused to comment.