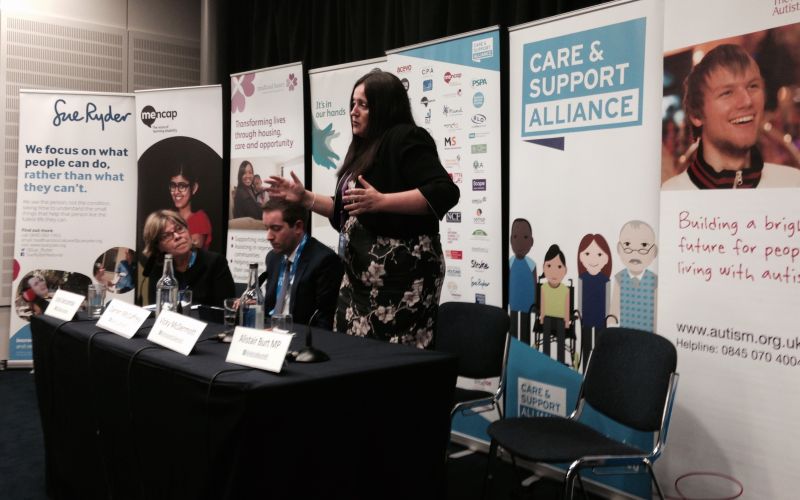 The government has announced proposals to end all new attendance allowance claims and transfer the savings to councils, but says its plans do not include scrapping disability living allowance for older people.

The provisional local government finance settlement for 2016-17 includes plans to abolish attendance allowance (AA) for new claimants, and pass the funding to local authorities in England and Wales to help them “support older people with care needs” through their adult social care systems.

AA is paid to over-65s who need significant levels of supervision or help, with a lower rate of £55.10 a week and a higher weekly rate of £82.30, and is designed for those who acquire those support needs after turning 65.

Those who are already claiming disability living allowance (DLA) or its working-age replacement personal independence payment (PIP) when they turn 65 continue to claim that benefit, rather than AA, and are not currently affected by the proposals.

The Department for Work and Pensions (DWP) insisted that its planned changes to AA – which are subject to consultation – will not apply to existing AA claimants, although more details of its plans will be revealed when it publishes a consultation document in the new year.

But there are likely to be fears that abolishing AA for new claimants will eventually be followed by scrapping it completely, and possibly even extending this to over-65s claiming DLA and PIP, following the blueprint created by the coalition and Conservative governments for closing the Independent Living Fund (ILF).

ILF was temporarily closed to new members in 2010, before that decision was made permanent the following year.

Another 12 months later, ministers took the decision to scrap ILF completely and pass the non-ring-fenced funding to local authorities. The fund finally closed on 30 June 2015.

The AA proposals were announced quietly just a few days before Christmas, so there has been little reaction so far from disabled activists and user-led organisations.

But Vicky McDermott (pictured), the disabled chief executive of Papworth Trust, described AA as “a lifeline which allows many of our older disabled customers the opportunity to live independently… with low level practical support in their homes”.

She said: “Many of our older disabled people who are eligible for attendance allowance are not eligible for social care.

“This is for good reason. Attendance allowance is for early intervention and prevents disabled older people from requiring higher level social care needs.

“We would have significant concerns about a merger of social care and AA budgets as the applicants to these two funding streams have very different care needs.

“Monies that are currently allocated to disabled older people who are in receipt of attendance allowance must not be diverted into social care at the expense of these individuals.”

A DWP spokeswoman was unable to confirm that the money saved by scrapping AA for new claimants would be ring-fenced for adult social care, although she said: “We will not use devolution as an opportunity to take money out of the support offer for older people with care needs.”

And when asked whether DWP also planned to scrap DLA for those aged over 65, she said only that there were no plans to do so “under this proposal”.