You are here: Home / Benefits and Poverty / DWP should think again on ESA backpayments… and offer compensation, MPs hear 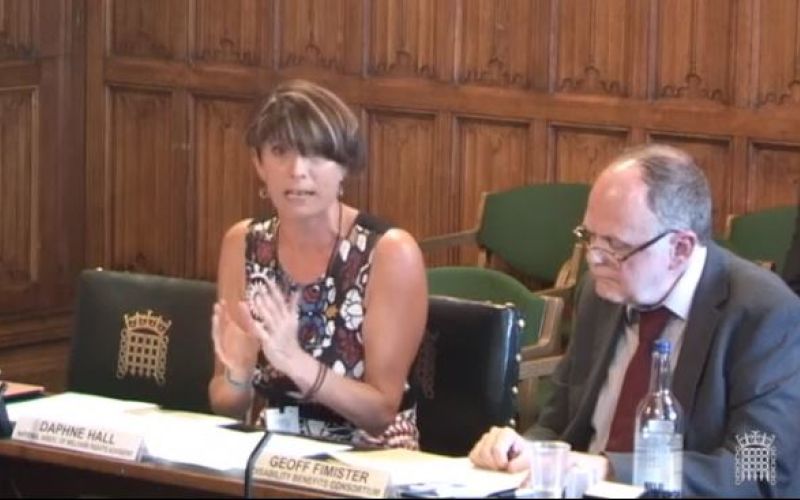 The Department for Work and Pensions (DWP) should reconsider its decision to offer only a partial backpayment of the money owed to 70,000 disabled people who for years were not receiving the correct level of out-of-work benefits, MPs have heard.

One Conservative member of the public accounts committee, Anne Marie Morris, suggested that DWP should offer compensation to claimants who had been “very seriously and very significantly” disadvantaged by the department’s errors, in addition to backpayment of the money they were owed.

She said the lives of the claimants affected would have been “fundamentally changed” by the failure to award them the correct level of employment and support allowance (ESA).

The underpayments were caused by the botched migration of former claimants of incapacity benefit (IB) and other benefits to the new ESA from 2011 onwards.

The department failed to realise that many of the claimants were entitled to income-related ESA – and therefore to associated disability premiums – rather than just the contributory form of ESA.

Although DWP has agreed to pay back as much as £340 million in total to those affected – with average payments likely to be about £5,000 – it will only backdate arrears to 21 October 2014, the point at which the upper tribunal ruled that DWP should have assessed claimants for both income-related and contribution-based ESA when deciding their entitlement.

It insists it can legally only pay arrears to those whose claims were still live on 21 October 2014 and who were subsequently underpaid.

Daphne Hall (pictured), vice-chair of the National Association of Welfare Rights Advisers (NAWRA) and editor of the social welfare advisers’ website RightsNet, told the committee that the claims should be “backdated in full”, while there should also be “financial redress” for those affected.

She told the committee – which was hearing evidence for its inquiry into the ESA errors – that it was “just incomprehensible” to think what the failure would have done to the lives of the claimants.

Hall said the premiums were intended to pay for some of the extra costs of disability, such as extra heating or the use of taxis to help avoid social isolation, with some of the claimants only receiving two-thirds of the correct benefits as a result of DWP’s errors.

Because claimants were wrongly excluded from income-related ESA, it meant they were also not entitled to other passported entitlements, such as free school meals, dental care and prescriptions.

In a report submitted to the committee, based on a survey of its members earlier this month, NAWRA said welfare rights advisers had been contacting DWP about the issue since 2011.

Advisers on RightsNet first began to realise that it could be a systemic problem in early 2014.

But Hall told the committee that DWP had been backdating payments in full on individual cases until as late as January this year “because they knew it was an official error” rather than the result of a legal ruling, and that DWP had admitted this to the National Audit Office (NAO) in April 2014.

The NAWRA report contains examples of four cases from just one adviser which were backdated fully by DWP in 2016 and 2017.

The report says there is “clear evidence” that, well before the 2014 legal ruling, “DWP knew that failing to assess for [income-related ESA] at the point of conversion was an official error, and that in cases where it failed to happen full backdating should be given”.

It adds: “The DWP’s decision to limit backdating was only made in late 2017, presumably to minimise their losses.

“NAWRA strongly condemns this decision, which seeks to take money that rightly belongs to people who are severely disabled.”

DWP first became aware of the issue in 2013 but did not recognise it as “systemic” until 2014 – according to a report by the National Audit Office earlier this year – and failed to recognise its legal responsibility to identify the people affected and develop a response until July last year.

Peter Schofield, DWP’s new permanent secretary, who was appearing before the committee for the first time, told MPs: “We got it wrong. I’m not going to defend the fact that we got it wrong because that is clearly what the court has said.”

But the Labour MP Shabana Mahmood told him that the ESA rollout process suggested “cultural institutional failure” within the department.

Mahmood also told him that staff at the DWP “coalface” had repeatedly raised the alarm about the ESA rollout, but they had been ignored.

She said: “It seems to me that when the DWP makes an overpayment you’re very quick, straight off the bat with a threatening letter and lots of action being taken against people who frankly can’t afford to pay the money back.

“[But] this episode seems to suggest your department is not that interested in dealing with issues of underpayment.”

When she asked him why so many people in his department were “asleep on the job”, he said they had not been “giving enough priority to this alongside other things that we were doing in the department”.

He said everyone owed a backpayment would receive that money by April next year, although it would only be backdated to October 2014.

He insisted that DWP would also not go further and pay compensation to those affected, even if they had had, for example, to pay prescription charges as a result of not being awarded income-related ESA, because it would not be “consistent with managing public money”.

Schofield admitted that DWP appeared to have failed to secure legal advice when it was beginning the migration from IB and other benefits to ESA.

He said: “Clearly the procedures that should have been followed to get legal advice were not.”

He said DWP would make “absolutely sure” that it obtained legal advice throughout the process of the current migration of a number of working-age benefits to the new universal credit.