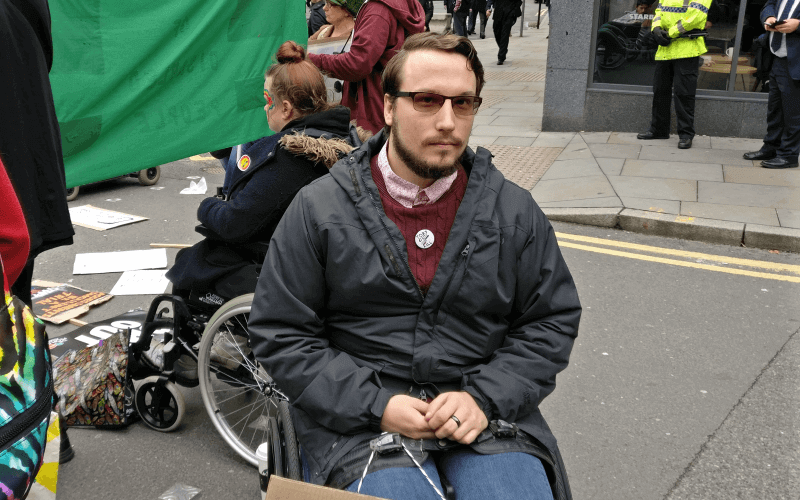 The Department for Work and Pensions (DWP) unlawfully prevented thousands of disabled students from trying to claim the benefits they needed to pay for essential living costs for seven years, a court has found.

In the latest in a lengthy line of blunders by DWP, the high court concluded that DWP had misunderstood the relevant law.

It found that the department had unlawfully rejected disabled students’ claims for universal credit (UC) without allowing them to undertake a work capability assessment (WCA).

Disability Rights UK (DR UK), which has been campaigning against DWP’s unlawful policy since 2017, has previously said that 30,000 disabled students could have been affected.

The court has now found that two of those students – Sidra Kauser, who is studying for a masters in psychology at the University of York, and JL*, whose identity has been protected by the court – should not have had their claims refused.

Claimants are generally not allowed to receive UC if they are in education, but there was an exemption to this if they already received attendance allowance, disability living allowance or personal independence payment (PIP) and had limited capability for work (LCW).

Both claimants receive PIP, but they and other disabled students had their claims rejected because DWP would only allow disabled students already found to have LCW to qualify for the exemption and apply for UC.

DR UK has previously described how, thanks to DWP’s refusal to allow her to apply for UC, Kauser was left with just £122 a month to live on, including the costs of food, clothes, travel and her social life.

Thanks to the court’s decision, Kauser and JL will now be allowed to undergo a work capability assessment to decide their eligibility for universal credit.

The judge, Mr Justice Fordham, ruled on the judicial review last month and found the department had been behaving unlawfully, but his decision was only revealed this week.

Piers Wilkinson, the last disabled students’ officer for the National Union of Students before the post was abolished this summer, said disabled students had known they would face “unfair access barriers” when universal credit was introduced seven years ago.

Wilkinson (pictured) said DWP’s refusal to listen to disabled students had led to thousands of them being unlawfully barred from accessing support and the government being “made to listen through a costly, time consuming, and stressful legal case”.

They said: “It is clear the government’s priority isn’t saving money, but making disabled students jump through hoop after hoop to access our rights to support.

“It is imperative that the government publicly recognise the result of the court case, and apologise for the extra hardships they caused to the thousands of disabled students the government denied and ignored.

“The government must engage with and listen to disabled people’s organisations, and can’t be allowed to sweep this defeat under the carpet yet again.”

Ken Butler, DR UK’ s welfare rights and policy officer, said: “In over 30 years as a welfare rights officer I can’t ever recall before a DWP minister straightforwardly admitting they acted unlawfully, let alone over a seven-year period.

“The judicial review victory is significant and will hopefully lead to very many disabled students being awarded the universal credit they were wrongly denied.

“Given it acted unlawfully, the DWP should rightly carry out a review exercise to ensure that all such disabled students are identified.

“It should not be left to individual students to seek to challenge refused benefit decisions themselves.

“Unfortunately, the high court victory is a bitter-sweet one as the secretary of state immediately introduced new regulations to more effectively bar disabled students from universal credit.

“Let’s hope that the effect of these will also be cancelled out by a future legal challenge.”

Michelle Maher, from WOWcampaign, who spent time as a mature disabled student until she had to stop through ill-health, said the government was “putting education beyond our reach by numerous cuts to support”.

“I applaud the people who brought this case to court. It shouldn’t be needed, it’s another cut, another attack.”

She said disabled students had to fight for their rights at every stage over those seven years, facing cuts to PIP, employment and support allowance and disabled students’ allowance, as well as the closure of the Independent Living Fund.

Maher said the government had removed many disabled people’s chances to remove themselves from poverty “by blocking our pathways to qualifications”, which she said was “obscene” and “cruel”.

Despite the legal victory, disabled students making a new claim for universal credit will not be able to rely on the court ruling, as work and pensions secretary Therese Coffey has already changed the relevant regulations.

She made the change to the regulations on 3 August, the first working day after she told the court she would not be defending the judicial review.

This means that, from 5 August 2020, DWP decision-makers are not required – as they would have been if the regulations had not been changed – to refer claimants for a WCA if they already receive attendance allowance, disability living allowance or PIP but have not previously been found to have limited capability for work.

Barristers Tom Royston and Ciara Bartlam, of Garden Court North Chambers, who represented the two students, advised other disabled students who could be affected by the old or new versions of the regulations to contact a welfare rights adviser.

They said they hoped Coffey would “urgently review” the past incorrect decisions.

And they said that disabled students who need UC in the future may be able to be referred for a WCA by claiming the contributory form of employment and support allowance, and then seeking universal credit once they have been found to have limited capability for work.

A DWP spokesperson said: “The department is currently considering the outcome of the litigation in relation to claims to universal credit by disabled students.

“The department has laid regulations to maintain the current policy for new claims.”

DWP said that disabled students can access support for fees and living costs through various student loans and grants, and that it was important that this system was not duplicated by universal credit.

DWP also said that the current policy allows claimants entitled to PIP or DLA who have already been assessed as having LCW to enter or remain in education, with the hope that this will improve their prospects of finding work in the future.