You are here: Home / Benefits and Poverty / ELECTION 2015: Coalition has led to in-work ‘discrimination, harassment and hardship’ 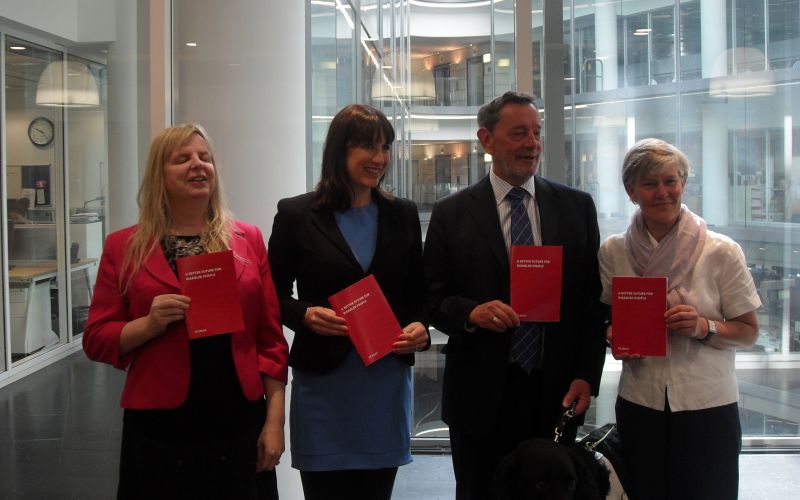 Disabled workers have faced deteriorating attitudes from employers, cuts to their legal protection, and “disintegrating” long-term job prospects under the last four years of the coalition government, according to new research.

The study by the Public Interest Research Unit (PIRU), a small research charity, concludes that the unpredictability of zero hours contracts and higher levels of workplace ill-treatment is having “damaging effects” on the health of disabled workers.

It also says that unlawful discrimination, including harassment and unlawful dismissal, appears to have been increasing, and concludes that “being disabled appears to have, in general, put disabled workers at particular risk of being made redundant or otherwise dismissed”.

The study says its research appears consistent with “widespread and frequent breaches of anti-discrimination laws; and with there having been a general increase in such breaches during the last four years”.

In 15 of the public, private and voluntary sector organisations examined for the study, the proportion of disabled people in their workforce had fallen since 2012, while it rose in just seven.

Government rhetoric about disability benefit cheats appears to have “spilled over” into the workplace, with some line managers now regarding impairments (particularly mental health conditions) as exaggerated or “faked”, the study adds.

One respondent said that the coalition’s weakening of the public sector equality duty meant disability equality training was now “all but non-existent”, with recruitment of disabled staff lower than it was before 2010.

And public sector spending cuts appear to have led to a decreased willingness to make adjustments for disabled staff, with disability equality now sometimes regarded as an unaffordable “luxury”.

The study also suggests that the government’s repeated reference to legal protections as “unnecessary red tape” could be leading some employers to take these obligations less seriously.

The study identifies 22 significant cuts to equality and employment law protections since 2010, which are starting to have “adverse impacts” on disabled workers, who are finding it “hard or impossible” to enforce their remaining rights, partly because of the introduction of fees for employment tribunals.

The study collected information from 137 disabled workers and looked at documents from 141 public sector organisations, and was produced for the grassroots campaigning organisation Disabled People Against Cuts (DPAC).

Debbie Jolly, a member of DPAC’s national steering group, said: “While more research is needed, the initial findings here show a woeful regression of support for those disabled people able to seek work.

“The recent cap on Access to Work adds to this, exposing the coalition government rhetoric to the stark realities and discriminations disabled people face.”

Rupert Harwood, the report’s author, said: “The study suggests that disabled individuals have been the hardest hit in work as well as out of work.”

He points out that his findings should be used as the basis for only “tentative conclusions” about UK disabled workers as a whole because his samples of workers and organisations were not designed to be representative.

But he added: “However, despite these limitations, it seems fairly safe to conclude… that many disabled workers have experienced considerable disadvantage and hardship which has been in part at least the consequences of coalition government policies.”

The Conservative party failed to respond to a request for a comment in time for the Disability News Service deadline.

She said: “It shows the work chances and experiences of disabled people went backwards under the Tory-led government, thanks to the scrapping of employment rights, lack of support from important programmes like Access to Work, and a rising climate of hostility towards disabled people, fed by a negative language that focused on ‘scrounging’, which has influenced employer attitudes.”

She said Labour “believes disabled people have the right to decent work and the support they need to do so”.

“We’ll take action to ensure that Access to Work supports disabled people to work and to progress in employment.