You are here: Home / Independent Living / Election 2019: Greens set to outdo other parties on independent living 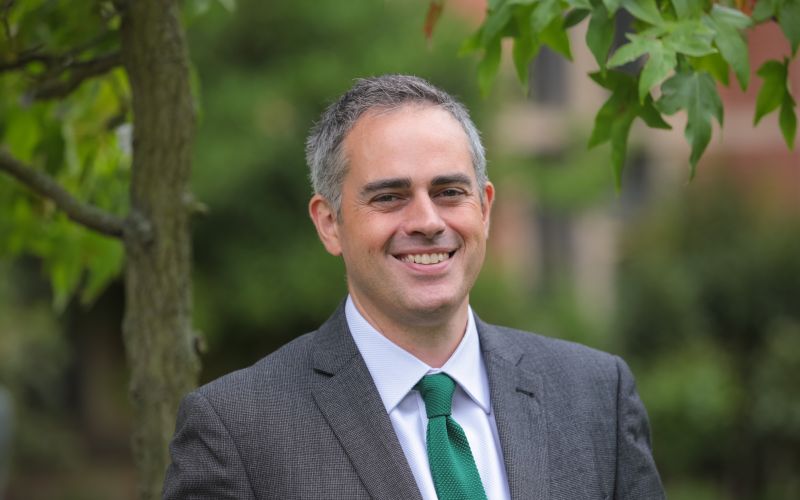 The Greens have become the first major party to pledge to introduce a solution to England’s social care crisis that has been devised by the disabled people’s movement, if it wins power at next month’s general election.

The party says in its general election manifesto, published on Tuesday, that a Green government would introduce a National Independent Living Support Service (NILSS) for England, and back it up with a legal right to independent living.

The pledge comes as Labour’s manifesto, set to be published today (Thursday), is set to fall short of such a promise and pledge only to provide free personal care for older people.

The Liberal Democrats have already failed to offer a detailed policy on how they would reform care and support for working-age disabled people if they win the election (see separate story), although they have pledged to reopen the Independent Living Fund.

The Conservatives are set to offer even less, with health and social care secretary Matt Hancock promising only to “build a cross-party consensus” on social care reform, guaranteeing that no-one needing care would need to sell their home to pay for it, and promising just £1 billion extra a year for social care.

Last month, a Tory cabinet minister admitted there was “no consensus” in the government on how to solve the adult social care funding crisis, even though Boris Johnson announced that he had a “clear plan” for doing so when he took over as prime minister in October.

The Department of Health and Social Care (DHSC) originally promised that a social care green paper would be published by the end of 2017, and then July last year, before delaying it to the autumn and then the end of 2018.

After missing the December 2018 deadline, it was delayed until “the earliest opportunity” in 2019, before Hancock told MPs it would be published by April.

Hancock then said he could only promise that it was “coming in due course”. It has still yet to be published.

The Green party’s health and social care spokesperson, Larry Sanders – brother of US socialist senator Bernie Sanders – said the introduction of an NILSS would be remembered in 70 years’ time, just as the creation of the NHS in 1948 is today.

NILSS was drawn up by Disabled People Against Cuts (DPAC) and the Reclaiming Our Futures Alliance (ROFA), and would provide free support, funded by progressive, direct taxation, with the NILSS system to be designed by service-users and carers in partnership with local authorities and the NHS, and delivered “as far as possible” by service-users.

But despite Labour’s annual conference voting overwhelmingly for an NILSS to become party policy, it is thought the policy will not be included in the party’s election manifesto when it is published today (Thursday).

The Green party manifesto also promises to “fully embed” the UN Convention on the Rights of Persons with Disabilities (UNCRPD) into UK law.

And it says this will mean that practices such as “compulsory treatment, chemical and physical restraint, isolation, and seclusion” of people with mental distress will be made illegal across the UK, with the party promising to “end these practices forever”.

But the UNCRPD pledge does clash with another of its manifesto measures.

Although the party promises to introduce a “fully inclusive education system”, with disabled children “fully supported” to attend their local mainstream school, it also says that it would retain segregated special schools “for when children and parents would prefer that option”.

This measure was shaped by the party’s co-leader Jonathan Bartley (pictured), drawing on his experiences with his disabled son, Samuel.

A Green party spokesperson told Disability News Service: “We will believe that a fully inclusive system is one where the parents of disabled children have the choice between local and specialist schools.”

But this would be a breach of article 24 of the UN convention, with the UN’s committee on the rights of persons with disabilities making it clear three years ago that “full realization” of article 24 is “not compatible with sustaining two systems of education: mainstream and special/segregated education systems”.

Meanwhile, the manifesto also pledges that a Green government would phase in a new universal basic income (UBI) to replace the current system of means-tested social security payments.

This would mean scrapping universal credit, a key demand of most of the disabled people’s anti-cuts movement, although some disabled activists have raised concerns about UBI and have warned it could further isolate and impoverish disabled people.

Introducing UBI would mean an unconditional social security payment made to all UK residents.

The party spokesperson confirmed that this was a promise to make every station in the country fully accessible to all disabled people.

It also promises to expand support for disabled people standing for election, by reopening the Access to Elected Office Fund.

This would fund disability-related campaign spending for disabled candidates running for elected office, making the fund permanent and ensuring it applies to candidates for parliamentary elections.

The government was accused last month of discriminating against disabled people standing at the general election – and breaching UNCRPD – by refusing to fund any of their disability-related campaign spending.

On housing, the Green party promises to support councils in England “to better provide housing for disabled people, supporting every council to draw up their own disability housing plans, and work to significantly increase the numbers of homes built to mobility standards over the next five years”.

The party says it would help councils deliver 100,000 social housing homes every year and that all of these homes would be built at least to the M4(2) accessibility standard*, although it has not said if there will be a target for the number of homes that will have to be built to the stricter M4(3) standard.