You are here: Home / Archives for Jonathan Bartley

Labour and the Green party have backed a petition that calls for an independent inquiry into deaths linked to the failings of the Department for Work and Pensions (DWP), and an investigation into potential criminal misconduct by ministers and civil servants. The […] 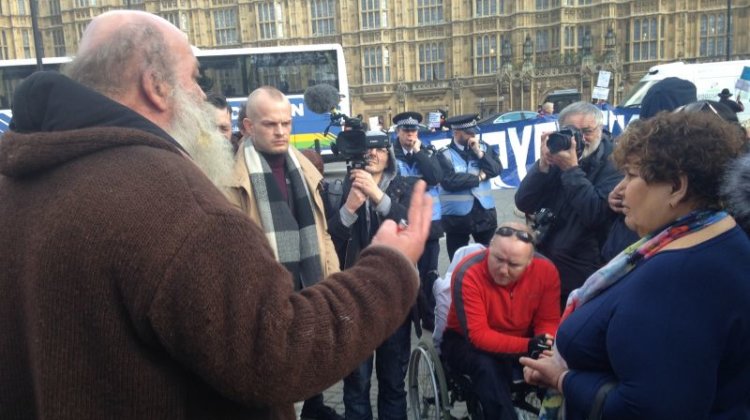 Disabled activists have explained why they took to the streets around parliament to protest at the government’s latest cuts to disability benefits. The protest, organised by Disabled People Against Cuts (DPAC) and the Mental Health Resistance Network (MHRN), brought traffic to […]