You are here: Home / Activism and Campaigning / ‘Enforcement is key on Equality Act’ 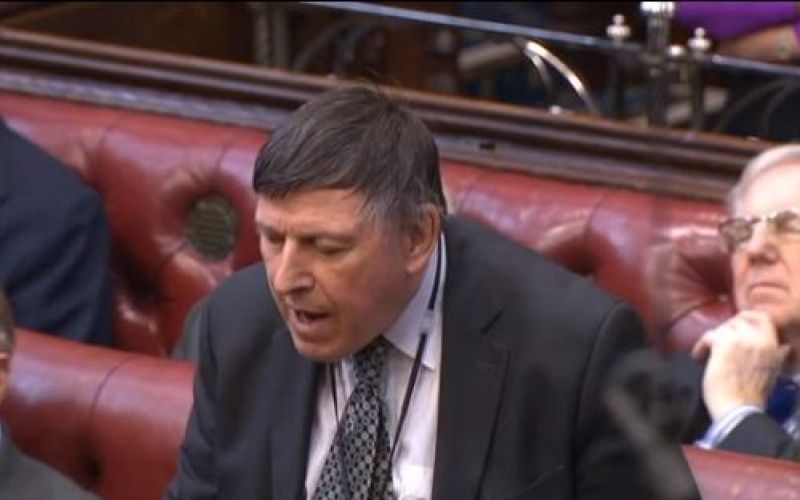 Lawyers campaigners, peers and academics have spoken of how disabled people can find it almost impossible to enforce their rights to equality, six years after the introduction of the Equality Act.

They were speaking at a seminar in London – organised by the Centre for Disability Studies at the University of Leeds, the legal firm Unity Law, and the Cloisters set of barristers – that discussed the findings of a landmark report by a Lords committee on the impact of the Equality Act 2010 on disabled people.

The committee, which reported in March, concluded that government was failing to protect disabled people from discrimination, while laws designed to address disability discrimination were “not working in practice”, and spending cuts were having “a hugely adverse effect on disabled people”.

Several of those who contributed to yesterday’s (27 April) seminar spoke of how disabled people’s access to justice had been damaged over the last 20 years, since the first Disability Discrimination Act.

Catherine Casserley, who has practised discrimination law since 1996 in law centres, for the former Disability Rights Commission, and now as a barrister with Cloisters, said disabled people had “very significant problems” enforcing their rights under the Equality Act, with advice centres and law centres closing, while, when considering some of the decisions, it seemed that even some of the judiciary appeared to have difficulty understanding disability discrimination law.

Professor Anna Lawson, director of the Centre for Disability Studies, said the committee’s report was a “fantastic” piece of research which “gathers together people’s lived experience”, exposes the gap between that experience and what the law says, and helps keep up the momentum for change.

She said it was clear that the Equality Act “has made a difference” and was “the envy of many other countries”, but she added: “Things are different now than they were in 1995 but it is slow progress.”

And she said the Equality Act had to be supplemented by other legislation on social care, social welfare, education and mental capacity.

The disabled peer Lord Low (pictured), who spoke of lessons learned from the work of the Disability Rights Taskforce, of which he was a member between 1997 and 1999, called on the Equality and Human Rights Commission (EHRC) to push the government to set out an action plan to implement the committee’s recommendations.

He said: “We must get away from the perception that disability rights are something that we in society out of the goodness of our hearts give ‘them over there, those poor disabled people…’

“The advancement of disability rights is a shared task for all of us… for the rest of society no less than disabled people and their organisations.”

There were also concerns at how vital campaigns to fight cuts to social care and benefits had meant equality had been “left behind” as a campaigning issue for disabled people.

Liz Sayce, chief executive of Disability Rights UK, said disabled people had shown they could put disability “high up the agenda” with the battle over the government’s plans to tighten eligibility to personal independence payment (PIP), which were later abandoned.

But she said there had not been enough discussion about equality, with the focus instead on issues such as cuts to social care, which saw disabled people positioned as a “vulnerable group of people” which was “getting smaller and smaller” because of government rhetoric on “targeting resources on those who need the most”.

She said: “It’s really important that we keep talking about equality. This report does give us an opportunity.

“We should all push it to the top of our agendas to make sure it doesn’t get forgotten.”

Faryal Velmi, director of the user-led, accessible transport charity Transport for All (TfA), said the pace of change had been “really infuriating”, and any equality gains made had not come from politicians and transport commissioners but had been “won by the tireless and vociferous activism of disabled people and their allies”.

She said TfA’s helpline received calls every day from scooter-users who had been left “in the cold and the rain” because drivers would not let them on buses.

Velmi said it was a “mark of shame” in the fifth richest country in the world that disabled people were having to “limit their lives or at worst are trapped in their homes because public transport is not good enough”.

Several delegates spoke of the difficulty of enforcing the act.

Douglas Johnson, a discrimination law expert with Unity Law, said the real difficulty with the Equality Act was that while it gave rights “it makes you responsible for enforcing that yourself”, and added: “It is just not fair to expect victims of discrimination to sort out society’s problems themselves”.

Barbara Cohen, a member of the Discrimination Law Association, said EHRC had not done enough to enforce the act.

She said it had “really extensive enforcement powers which they have not been particularly keen to use in recent years”.

Kumar Moorthy, from Disability Watford, said service-providers tended to ignore regulations on access because of the lack of enforcement.

He said: “It is time that we took the stick out of the pocket and waved it around; maybe not necessarily to start hitting people, but let’s show it.

“It’s time to show the stick and make sure the regulations are implemented before we devote too much effort to modifying the expectations of tomorrow.”

Some of those at the seminar suggested there was a need for direct action to enforce disabled people’s rights under the act.

“Is it not now time that we went to direct action? We have been waiting 20 years and we still do not have an equal society.”

Tracey Proudlock, who chained herself to buses in the 1980s in protest at inaccessible public transport and is now a leading access consultant, said that for an “inclusive campaign you need to do more than just direct action”.

She said: “Part of me says we have a piece of legislation today, and what we should be doing is knuckling under and making it work.

“I want an inclusive campaign that really challenges the people that are doing wicked things.”

Sayce agreed that inclusive campaigning was important, but so was an inclusive approach to deciding what to campaign on.

She said disabled people were “being banged up in various institutions”, with the number of people sectioned under the Mental Health Act “going up and up relentlessly” and “people being subject to some pretty horrendous things”.

Bob Williams-Findlay, a former chair of the British Council of Disabled People, said the law’s approach to disability was outdated, because of the continuing confusion between impairment and disability – the barriers created by society.

He said that if the legislation did not understand the difference between the two, “how will employers and service-providers?”

Audrey Ludwig, from Ipswich-based Tackling Discrimination in the East, which is run by Ipswich and Suffolk Council for Racial Equality, said discrimination law “becomes an irrelevance” in practice because of how few disability discrimination cases – just four in one year – are granted legal aid to be taken through county courts.

Baroness Deech, who chaired the Equality Act 2010 and disability committee that produced the report, promised that she and her committee would “do everything that we can to make sure the government listens to and carries out our recommendations”.

But he said: “There is no question we would all agree that government needs to do more to fight disability discrimination and enable disabled people to fully participate in society. Full stop.”