You are here: Home / Benefits and Poverty / Further DWP delays on benefit deaths legal agreement ‘would be kick in the teeth’ 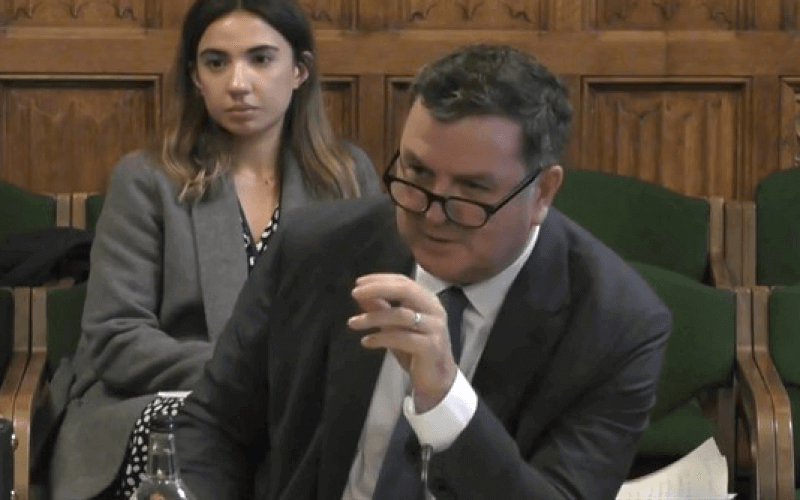 The new work and pensions secretary has been told it will be an “absolute kick in the teeth” for disabled people if he continues delaying a legal agreement that would force his department to improve its treatment of disabled claimants.

The agreement would commit the Department for Work and Pensions (DWP) to addressing the discrimination faced by disabled claimants of benefits, particularly those with mental distress and learning difficulties.

It follows more than a decade of deaths linked to DWP’s actions and policies.

EHRC announced plans for the section 23 agreement in April, and expected it to be signed by the summer, but Disability News Service revealed last month that no agreement had yet been reached by DWP.

Work and pensions secretary Mel Stride (pictured) said yesterday (Wednesday) that discussions over signing the agreement with the Equality and Human Rights Commission (EHRC) were continuing and there had been “positive engagement” with the watchdog.

He told the Commons work and pensions committee – in his first appearance following his appointment in October by Rishi Sunak – that the issue of deaths linked to DWP was an area of “very serious focus for me and I totally understand the responsibilities that this department has in that regard”.

He said DWP was working towards the section 23 agreement “in principle” and discussions with EHRC were “entirely constructive” with “positive engagement”.

But Debbie Abrahams, a Labour member of the committee, told Stride that her understanding was that the equality watchdog would not agree with his description of the discussions.

She said: “It is simply not good enough to say ‘we are making constructive progress’. This needs to be dealt with with absolute urgency.”

She added: “Anybody watching this who has been affected, either as a family member or a friend, and there are hundreds and hundreds, will look at this and think you’re not taking it seriously.”

Abrahams praised the draft Deaths by Welfare timeline for providing “incredible depth of detail” on the links between systemic DWP failings and the deaths of claimants.

She added: “I think it would be reasonable to say that it would be concluded by the end of the year and anything less than that would be seen as an obfuscation and an absolute kick in the teeth to the disabled claimants particularly who have suffered around this, but also to our equality laws.

“I thought we had moved on from a government that decided that some laws would apply to them and others wouldn’t.

“How can we expect anybody else in the country, other organisations, to take these laws seriously if our own government won’t?”

Stride insisted there was “no effort to obfuscate in any form” and that it was “a process that will come to a conclusion”.

DWP’s permanent secretary, Peter Schofield, claimed that he and his colleagues “want to learn when things go wrong” and that DWP was “a department that is seeking to listen and learn at every stage”.

But Abrahams told him: “They are words and people now want action.”

She also told Stride that the deaths of claimants investigated by DWP through its secret internal process reviews (IPRs) were “just the tip of the iceberg because you don’t collect the data”.

She said: “Why don’t you have a real understanding of the scale of the deaths of disabled people?”

Stride confirmed that he agreed with his predecessor Therese Coffey that DWP should not release redacted versions of IPRs, despite those documents previously being released over several years, following DNS’s information rights tribunal victory over DWP in 2016.

DWP is now refusing to release any redacted IPRs, despite that ruling.

Abrahams told Stride that by “appearing to be secretive” it was “not helping” the lack of trust shown in DWP by claimants.

Stride also confirmed that he agreed with Coffey that DWP did not have a statutory duty of care to those claiming benefits.

He said that “doesn’t mean we don’t care and we don’t have very significant responsibilities and indeed processes to look at these very difficult issues”.