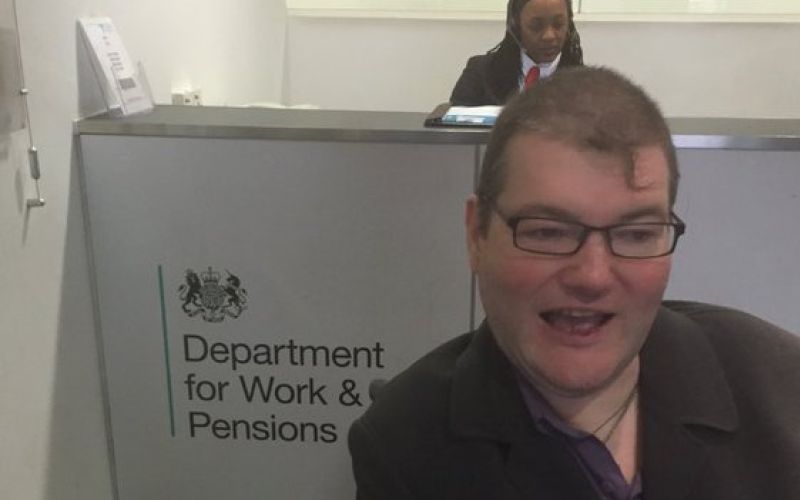 The government has agreed to fund former users of the Independent Living Fund (ILF) in England for the next four years following months of campaigning pressure from disabled activists.

The minister for disabled people, Justin Tomlinson, passed on the news yesterday (10 February) to two former ILF-users at a meeting in his department.

The Department for Communities and Local Government (DCLG) yesterday published a six-week consultation on the plans – although it has so far failed to publicise the consultation – which describes the funding it proposes passing on to local authorities over the four years from April 2016.

ILF was funded by the Department for Work and Pensions (DWP), and when it closed on 30 June 2015 it was helping nearly 17,000 disabled people with the highest support needs to live independently.

But ministers decided it should be scrapped, promising instead that nine months’ worth of non-ring-fenced funding would be transferred through DCLG to councils in England and to devolved governments in Wales and Scotland, to cover the period until April 2016.

It has now agreed to extend that funding to English councils for another four years.

The document also reveals the funding it wants to pass to each local authority over the next four years.

But the consultation document warns that its funding plans could still “have an adverse equalities impact” on disabled people, because the money will not be ring-fenced, which means local authorities will not be forced to spend the money on supporting former ILF-users, or even on adult social care.

Although the funding will not be ring-fenced, the announcement is a significant victory for disabled activists, who have ensured that the fund’s closure has remained a high-profile issue.

And only last month, members of the Conservative Disability Group took the unusual step of launching their own investigation into the impact of the ILF closure.

Tomlinson told two former ILF-users, John Kelly and Paul Reid, about the funding pledge at DWP’s headquarters in Westminster, during a meeting arranged by Bob Neill, the Conservative MP for Reid’s constituency of Bromley and Chislehurst.

After the meeting, Kelly (pictured in the DWP reception area) welcomed the funding pledge but said he refused to feel any satisfaction “until we know that disabled people have a right to independent living and that this can never happen again”.

He said: “It’s about young disabled people of the future and their right to live their lives, and we still have a long way to go to get that understanding.”

Kelly said he had urged Tomlinson not to wait until former ILF-users had been “detrimentally impacted” before taking action to protect their support.

He also told him that the new Care Act “simply isn’t enough to protect our right to independent living”.

Kelly said Tomlinson had wanted to know how much of the concern around the ILF closure was based on fear and how much came from the real experience of former ILF-users.

He said: “I told him that the fear comes out of looking at the evidence. The fears are based on real stuff that is going on.”

He said it was important that local authorities know as soon as possible about the government’s announcement, as many are now in the process of reassessing former ILF-users for the support they will receive in 2016-17.

Although the last time Kelly was at DWP was to protest outside the building at the “fitness for work” contract awarded to the discredited US outsourcing giant Maximus, he said he believed it was right to engage in dialogue with Tomlinson.

He said: “To effect real change you have to talk to people you don’t agree with. Sometimes you have to go militant and take direct action and sometimes you need calmness around the table. I believe in both.”

Ellen Clifford, a member of the steering group of Disabled People Against Cuts, who has played a major role in highlighting the impact of the closure, said this week’s announcement was “really positive, because it shows that we can force the government into a retreat”.

She said: “It’s going to make a difference to some individuals. It will be important to every individual whose support package we can protect.”

But she warned that it would not help everyone, because of the continuing problems with the funding of adult social care, and the failure to ring-fence the new money.

Clifford had raised the issue of the ILF closure at a meeting with work and pensions secretary Iain Duncan Smith – whose own constituency includes much of Waltham Forest – and two of his constituents last month.

She said: “There will continue to be a postcode lottery because local authorities have handled [the closure] so differently.”

A government spokesman said in a statement: “The funding given to English local authorities for former ILF-users will continue to be protected.

“The funding will continue every year up until 2020. We are currently consulting on these proposals.”

The Scottish government has set up its own Independent Living Fund, for both existing and new users in Scotland.

The Welsh government has set up its own ring-fenced grant scheme, run by local authorities, which will enable former ILF-users to receive payments at the level they received under ILF in 2016-17, funded by a £27 million grant from the UK government.