You are here: Home / Benefits and Poverty / Government chooses architect of universal credit to chair its benefits advice body 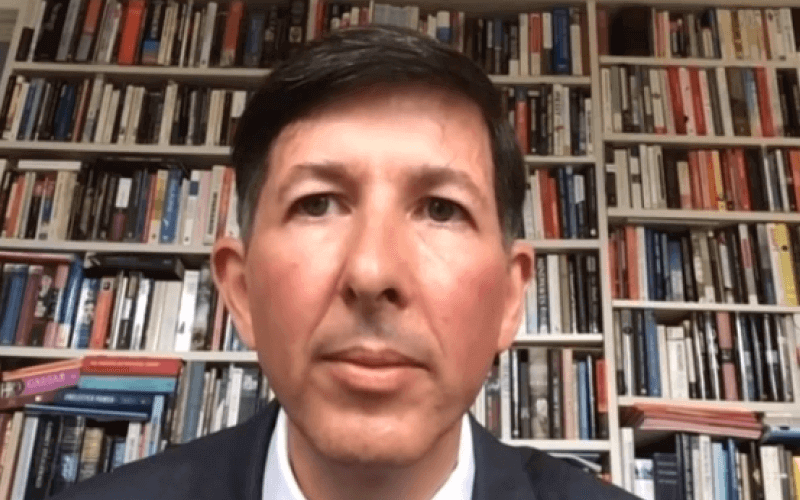 The government is facing criticism over its decision to nominate the “architect” of universal credit to be the next chair of its independent committee of advisers on social security.

Dr Stephen Brien wrote Dynamic Benefits (PDF), the report that became the blueprint for universal credit, and he is still a board member at the Centre for Social Justice, the right-wing thinktank which published his report in 2009.

He worked closely on that report with Iain Duncan Smith, who introduced universal credit (UC) as work and pensions secretary in 2013.

Brien, currently director of the Legatum Institute, another think-tank, was yesterday (Wednesday) questioned by MPs on the work and pensions select committee (pictured) on his suitability for the role as the new chair of the social security advisory committee (SSAC).

SSAC is supposed to be an independent body that provides impartial advice to DWP on social security matters and scrutinises secondary legislation related to the benefits system.

But Stephen Timms, the Labour chair of the committee, asked Brien if he could be “impartial” now when he had been “obviously an insider in the development of universal credit”.

Brien, who was also an adviser at the Department for Work and Pensions (DWP) in the three years leading up to UC’s introduction, said: “I think it can be what it is perceived to be.”

He said UC had developed “a long way” in the seven years since he was involved with it, and he was “more than happy to identify issues that I think need to be improved within universal credit.

“My job would be to help the committee to evaluate its performance and help identify its strengths and weaknesses, rather than saying it should go in a particular direction.”

Asked if he would be comfortable with the committee making policy recommendations in the future, he said it should “call out gaps” or “oversights” in the system and highlight “rough edges” in policy, but that it should not be its role to make specific policy suggestions, which was the role of parliament and ministers.

When asked by Labour’s Steve McCabe if he still had an “emotional attachment” to UC, he said: “It’s hard for me to completely detach myself from it.”

But he added: “I am very happy to take an evidence-based stance on it.

“My emotional attachment is to a social security system that works for the most vulnerable in society, that provides value for money for the tax-payer, and helps as part of an over-arching social structure.”

Labour’s Debbie Abrahams asked if Brien would make it a priority for the committee to produce a report on the deaths of disabled people who have been found fit for work by DWP, which she said was “an increasing scandal”.

She said: “It is an unintended consequence, I am sure, but it is still happening, so would this be something that you would want to explore within your committee?”

Brien said he would need to discuss with the committee “areas that were not being properly addressed”, whether there were other “more pressing issues”, and if the committee had “the skills and mandate to do that”.

But he said: “As you laid it out, you have made a very compelling argument that there is an issue there that would warrant an attempt at investigation.”

He added: “I would certainly not be averse to putting that on a list of issues to consider.

“As you have laid it out, it does feel like one that warrants consideration.”

Abrahams, who has played a key role in highlighting the need for an inquiry into benefit-relate deaths, replied: “I would suggest the deaths of claimants would need to be a priority.”

Commenting before the evidence session, Mark Harrison, from the Scrap Universal Credit Alliance (SUCA), said appointing Brien would be “like giving Mr Wolf the keys to the hen house.

“Choosing the architect of UC to provide scrutiny is consistent with this government’s preferred methods for avoiding any serious scrutiny.

“They are operating a punitive system of sanctions in the benefits system which treats people worse than if they have been convicted in the courts of committing a crime.

“That’s why they need a tame cheerleader rather than someone who will hold them to account.”

Linda Burnip, co-founder of Disabled People Against Cuts, said Brien “sounds the ideal appointment if you want a yes man on the SSAC, and I am guessing that will become yet another useless committee that in no way supports the rights of disabled people”.