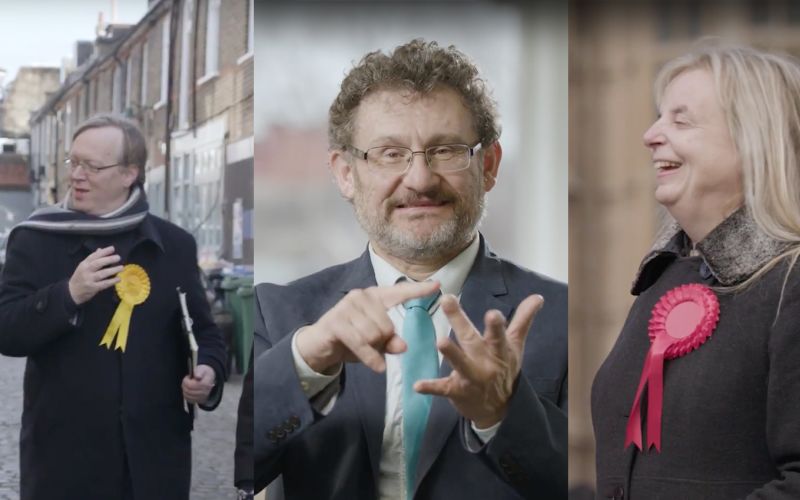 Three disabled politicians have begun legal action against the government over its failure to reopen a fund that supported Deaf and disabled people with the extra costs of standing for election as MPs.

The trio say they have been unable to stand as candidates in a general election since the government froze the fund in 2015.

AEOF was set up in 2012 and offered grants to disabled people to pay for their additional impairment-related costs in standing for election as a councillor or MP, but it has been lying dormant since the general election in May 2015 while the government claims it is reviewing its effectiveness.

But nearly three years on, the review has not been published and there is no evidence that it has even taken place.

The trio’s legal case is being supported by the cross-party campaign group More United.

Buxton (pictured left), who was the first user of British Sign Language (BSL) to stand in a general election, in 1997 and 2001, and has since been part of the Liberal Democrat leadership programme, said: “There is a real urgency to this challenge.

“Some political parties are already selecting their candidates for their most winnable seats in preparation for the next general election, and if the fund isn’t restored, the financial risks will be too high.

“Those of us who incur additional costs due to a disability [in his case, because of the cost of paying for BSL interpreters] are effectively barred from standing, which is desperately unfair.

“I’ve been campaigning with MPs and peers from all parties for the fund to be restored since it was closed and I hope the government responds positively.”

Brothers (right), who contested the Sutton and Cheam seat at the 2015 election, said: “It’s absurd that the fund has been closed for longer than it was open.

“There are only five MPs in parliament with a disability and to be representative, there should be at least 123 of us.”

Hart (centre), who stood for the Greens in Oldham West and Royton in 2015 and in the subsequent by-election later that year, said: “The fund wasn’t available to me when I stood in the by-election in 2015.

“As a Deaf candidate I had to pay for a British Sign Language interpreter to accompany me whilst campaigning, sometimes up to 15 hours a day.

“I set up a crowd-fund online but this only raised a fraction of the money I needed, so I was at a massive disadvantage.

“Having a disability can mean additional financial barriers but that should not block us from taking part in the democratic process.”

The three disabled politicians claim that the failure to carry out the review and re-open the fund is “unreasonable, in breach of legitimate expectations, constitutes unequal treatment and is contrary to the requirements of the Equality Act 2010”.

The government now has 14 days to respond to the legal letter sent by Bindmans, the legal firm representing Buxton, Hart and Brothers.

Jamie Potter, from Bindmans, said the government’s delay was “unconscionable”.

He said: “It is accepted that people with disabilities are underrepresented in parliament and face considerable additional hurdles when seeking to stand for election.

“Yet the government have allowed a general election, along with several by-elections and local elections to pass without any additional funding being available for candidates with disabilities. This must be rectified immediately.”

The initial stages of the legal challenge are being funded by More United.

“If the Access to Elected Office Fund is restored, I hope there will be many more candidates with disabilities standing for all parties, who will commit to working on a cross-party basis to advance our values in parliament.”

Deborah King, co-founder of Disability Politics UK, said: “The failure to restore the fund is an example of #institutionaldisabilitydiscrimination.

“We’d encourage people to use that hashtag when they see other examples where disabled people have been overlooked or where practices need changing.

“If you look at article four of the United Nations Convention on the Rights of Persons with Disabilities, the government has agreed to abolish existing laws, customs and practices which constitute disability discrimination.

“Article 29 of the convention means the government has to ensure disabled people can effectively and fully participate in politics. The fund would help disabled people to do that.”

In 2015, the Equality and Human Rights Commission (EHRC), in its submission to a UN inquiry into the rights of disabled people to participate in political and public life, called for the fund to be reopened.

An EHRC spokeswoman said this week: “Financial barriers must not prevent disabled people from standing for political office.

“The democratic process needs to be fair and open to all, and the voices of disabled people have to be heard.

“The government needs to publish its evaluation of the Access to Elected Office Fund and take action to ensure disabled people have adequate support when standing for elected office.” 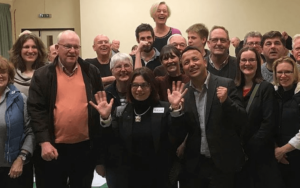