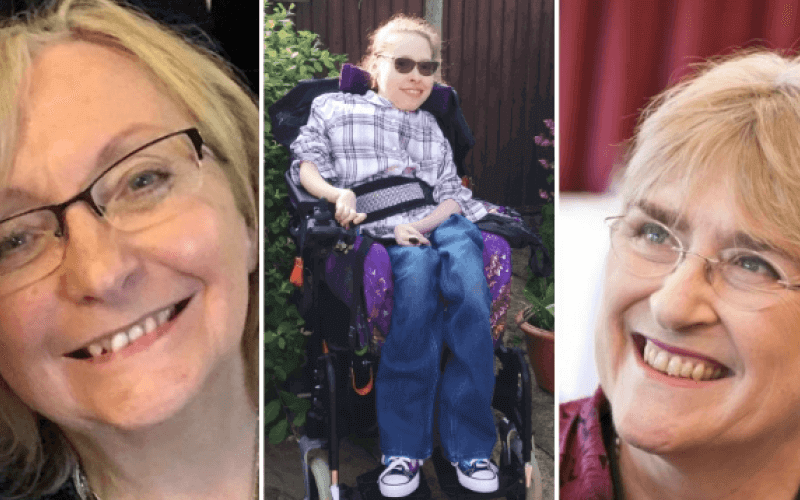 The government has been accused of “showing contempt” for disabled people after publishing an “utterly shameful” 84-page white paper on the future of the planning system without including a single mention of disabled people, disability or accessible housing.

The Planning for the Future document makes repeated references to the need for “beautiful new homes”, “beautiful places” and “beautiful buildings”, while ignoring the accessible housing crisis.

There is also no mention of wheelchair-users in the white paper, which looks only at England, even though successive Tory ministers have been repeatedly warned of the dire shortage of suitable wheelchair-accessible housing.

Robert Jenrick, the housing secretary, says in the white paper that the government wants to see “environmentally friendly homes that will not need to be expensively retrofitted in the future, homes with green spaces and new parks at close hand, where tree lined streets are the norm and where neighbours are not strangers”.

The document talks about “tackling head on the shortage of beautiful, high quality homes and places where people want to live and work” and even highlights the importance of “our capacity to house the homeless and provide security and dignity”.

But nowhere does it mention disabled people and the need for accessible housing, and when it asks those taking part in a consultation* on the white paper for their “top three priorities for planning in your local area”, accessible housing is not included as one of the options.

The closest the white paper comes to mentioning disabled people’s housing needs is in question 26 of the consultation, when it asks for “views on the potential impact of the proposals raised in this consultation on people with protected characteristics” under the Equality Act.

Last year, Jenrick was warned that he faced the threat of legal action over the government’s failure to take action to solve the crisis in accessible housing.

And two years ago, Disability News Service (DNS) revealed that representatives of the home-building industry were engaged in a countrywide campaign to defeat attempts by councils to ensure more accessible homes were built in their areas.

The Home Builders Federation had repeatedly objected to targets describing the proportion of new homes that should be built to the basic M4(2)** accessible housing standard and also to the stricter M4(3) standard for wheelchair-accessible properties.

Now the industry appears to have succeeded in persuading the government to eliminate all consideration of accessible housing from its planning reforms.

Baroness [Sal] Brinton, the disabled Liberal Democrat peer and her party’s health and social care spokesperson in the Lords, said the failure to mention accessible housing was “utterly shameful”, and she called for disabled people to express their concern in the consultation.

She said: “For the last few years, myself and Baroness [Celia] Thomas of Winchester have been repeatedly challenging government that new housing is built to higher standards to ensure that disabled people can have truly accessible homes.

“We were assured we would be pleased with government proposals.

“Yet again these new planning documents ignore the needs of disabled people and their families.”

She added: “We must ensure that the voice of disabled people is heard in this consultation.”

Cllr Pam Thomas, a wheelchair-user and a prominent Labour member of Liverpool City Council, who has spoken publicly about the accessible housing crisis, said she was in “despair” after reading the white paper.

She said: “I think the failure to even mention accessible housing shows contempt for, and marginalisation of, disabled people and those who have worked for decades to ensure all new housing takes account of people with mobility limitations.”

She added: “Most disabled people did not expect to become a disabled person and the older people become the more likely they are to acquire mobility limitations, and then find they cannot manage in their own home purely because of the poor design.

“We have managed to get a few more accessible homes built in Liverpool, some developers are fine with it, and the homes sell well. However, others refuse – because they can.”

She told him in a letter last year that it had taken her two-and-a-half years to find accessible housing in her home town of Swindon, a search she described as “like trying to find a needle in Loch Ness”.

She said that building all homes to the M4(2) standard and 10 per cent of them to M4(3)** “would end the current postcode lottery”.

And she said that research by accessible housing provider Habinteg last year showed that most councils have failed to say how much accessible housing is needed in their area, despite a legal obligation to consider the needs of disabled people.

She said: “Accessible housing is key to successful independent living.

“A lack of accessible and adaptable housing is one factor in unnecessary moves to costly care homes.”

She said the government also had a “commitment to keep” under the UN Convention on the Rights of Persons with Disabilities, which the UK ratified in 2009, and which says disabled people have a right to adequate housing without discrimination under article 28.

Perry added: “Overhauling the planning system could offer an opportunity to greatly increase the supply of accessible housing, if they are truly committed to planning for good living environments. I look forward to replying to the consultation.”

When asked why there was no mention of accessible housing in the white paper, a spokesperson for the Ministry of Housing, Communities and Local Government (MHCLG) dismissed the question.

He said: “We completely reject these claims – our planning rules already mean councils must consider the needs of disabled people when planning new homes.”

He said that building regulations “have the biggest impact on the accessibility of new homes”, which was why the department would “shortly be reviewing provisions for accessible and adaptable housing” and was “consulting on making higher accessibility standards mandatory”.

This appears to be a reference to a pledge made by the outgoing prime minister Theresa May in June 2019, when she said the government “will consult on mandating higher accessibility standards for new housing” and that “guidance will also be published to help councils meet current standards for accessible housing in England”.

The MHCLG spokesperson refused to confirm that the new review and the consultation he mentioned were those previously announced by May 14 months ago.

When asked for a link to the consultation on making higher accessibility standards mandatory, he said the department would “shortly” be carrying it out.

When asked if the decision to omit accessible housing from the white paper was due to pressure from the housebuilding industry, he refused to answer the question but said the government had provided more than £3.2 billion to deliver about 280,000 home adaptations since 2012 through the disabled facilities grant, including £505 million in 2020-21, an increase from £220 million in 2015-16.

He also refused to say if the government believed there was an accessible housing crisis.

*The consultation closes on 29 October

**Homes built to the M4(2) standard have 16 accessible or adaptable features, similar to the Lifetime Homes standard developed in the early 1990s to make homes more easily adaptable for lifetime use, while M4(3) homes are those that are supposed to be fully wheelchair-accessible