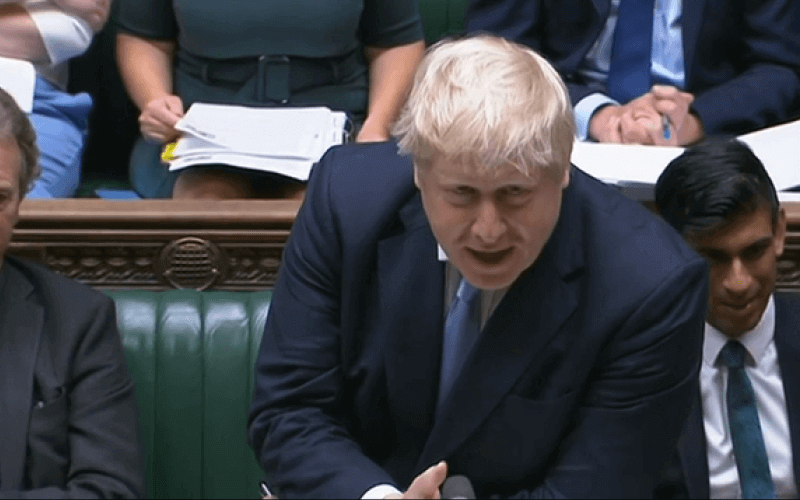 The government has refused to explain why there are gaping holes in its long-awaited plans to “fix social care”, and it has even been unable to define what it means by “personal care”.

The proposals were announced on Tuesday by the prime minister, who claimed his plans would fix both social care and the NHS treatment backlogs caused by the COVID-19 pandemic.

But the paper published by Boris Johnson – Build Back Better – offers just eight pages on the government’s new plan for adult social care in England, despite the prime minister announcing more than two years ago on the steps of Downing Street that his government would “fix the crisis in social care once and for all with a clear plan we have prepared”.

The plans focus on raising revenue through a new 1.25 per cent national insurance levy and a rise in dividend tax rates, ringfenced for health and social care, but with most of the new £12 billion-a-year funding apparently put aside for the NHS, at least for the first three years.

A key aspect of the social care plan is to introduce a new lifetime limit of £86,000 on the amount an individual will have to pay for their “personal care”, starting from October 2023.

The government paper refers repeatedly to limiting lifetime “eligible personal care” costs, but it is not clear whether this only includes support with washing, dressing and getting out of bed.

If it does, disabled people who also pay towards council-funded help with housework, laundry and shopping, and support to enjoy a social life and to stay engaged in the community, will find those payments not included in the £86,000 ceiling.

But when Disability News Service asked the Department of Health and Social Care (DHSC) to explain what the prime minister meant by “personal care”, it had failed to do so by noon today (Thursday).

There are other gaping holes in the plans.

There is no mention in the proposals of the right to live independently under article 19 of the UN Convention on the Rights of Persons with Disabilities.

Johnson’s failure to discuss a legal right to independent living comes despite a call only four months ago by the Equality and Human Rights Commission for the government to introduce such a right.

The social care focus of the paper is instead on providing a more generous support system for service-users with significant assets, particularly older people.

The three case studies examining the financial impact of the plans on those needing social care all focus on service-users who are over the age of retirement.

There is no mention in the paper of working-age recipients of social care, other than when defining adult social care in the fifth paragraph of the document.

And there is almost no mention of the impact of the government’s plans on the thousands of disabled people who must currently pay significant care charges out of their monthly income, due to means-testing.

The only brief reference to means-testing is in the decision to unfreeze the minimum income guarantee for those who pay for their care, which has been frozen by the government since 2015 and will now rise again, but only by the rate of inflation, from next April.

DHSC declined to answer several questions about the proposals from Disability News Service.

Instead, a DHSC spokesperson said in a statement: “This week’s announcement means that no one receiving long-term disability care and support – whether that care starts at 17 or 70 – will any longer face the catastrophic, unlimited costs they did before.

“An additional £5.4 billion is being invested in social care over the next three years, which includes an extension of the established disabled facilities grant to enable more people with disabilities to live independently in their own homes.

“We are determined to ensure the quality of care for disabled people who need it is consistently high and will work closely with disability groups as part of our work to develop the next steps in this ambitious reform programme.”