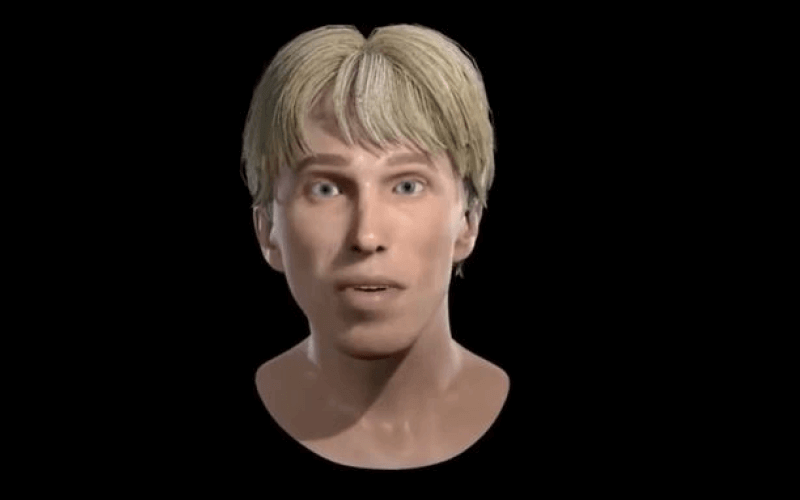 A world-leading scientist, given just two years to live four years ago, has told parliamentarians that his success in harnessing cutting-edge technology to secure his own right to live – and even to “thrive” – completely undermines calls to legalise assisted suicide.

Dr Peter Scott-Morgan told a meeting of the all-party parliamentary group for dying well that his experiences since being diagnosed with motor neurone disease (MND) in 2017 showed why a new proposed bill was unfair and unsafe.

Last August, Scott-Morgan was the subject of a Channel 4 documentary which followed his quest to turn himself into a “human cyborg” and so not only stay alive, but thrive, despite an apparently terminal condition.

He spoke to the meeting through a cutting-edge avatar (pictured) that has allowed him to regain many of the components of his voice and expression, even though he is now almost completely paralysed.

He told the meeting that the intentions of the assisted dying bill proposed by the crossbench peer Baroness Meacher – which is set to be debated in the House of Lords in September – appeared “so obviously reasonable, compassionate, humane” that he initially found himself “intuitively supporting” her proposals.

But as a scientist, he said, he is trained to question even the most obvious and fundamental assumptions.

And he told MPs and peers at the meeting that his own experiences disproved the “apparent self-evident truth” that it was impossible for someone with late-stage motor neurone disease to not only survive but to “thrive for many years” and even improve their quality of life.

He said this was “a crucial test” in weighing up whether the bill was fair and safe, and he added: “Everything would be called into question because of confusion about the likelihood, let alone inevitability, of intolerable suffering.”

Scott-Morgan said his own transition to “Peter 2.0” had shown that legalising assisted suicide could result in lives being shortened by more than just a few months, while it could lead to patients not being fully informed about their choices and may create “uncertainty between being terminal and simply being disabled”.

He said such a bill creates the “danger that some with extreme disability may unnecessarily kill themselves in an anticipation of what they incorrectly believe will inevitably happen”.

And he said the bill created the “ethical risk of protecting an individual’s human right to choose to die without putting the same effort, education and funding into their right to thrive”.

All of this, he said, would “unequivocally undermine the assumption that the choice was fair”.

He told the meeting through a recorded message: “I have late stage MND. In 2017, doctors agreed I might die within six months.

“Now I am almost completely paralysed, locked in. I am a prime candidate for the fast track to death. But I will pass on the offer. I am frankly far too busy having fun.”

He said his overall quality of life was now “exceptional”.

Scott-Morgan said he had seen his paralysis as “an engineering challenge far more than a medical one” and he described to the meeting how he had undergone a series of ground-breaking operations to cope with some of the challenges posed by his diagnosis.

First, he persuaded a team of surgeons to perform a pioneering triple procedure that saw them carry out a colostomy, instal a catheter, and insert a feeding tube in the same operation.

He then later underwent another operation to detach his windpipe from his throat, to eliminate the risk of catching pneumonia through saliva getting into his lungs, a common cause of death for people with MND.

This left him unable to speak, so he has worked with experts to clone his voice and expressions using artificial intelligence (AI) – the avatar he used to speak to the meeting will in time become even more realistic and expressive – and he now plans to use “more and more” AI for “everything from speaking to controlling things to moving about”.

Scott-Morgan was originally a world-renowned robotics and artificial intelligence expert, but he later expanded this to include expertise in sociology and management, and now describes himself as both a scientist and “a prototype”.

He was one of four disabled people (see separate story) who described to the meeting why they were opposed to the proposed new private members’ bill being proposed by Baroness Meacher, chair of the campaigning organisation Dignity in Dying, formerly known as the Voluntary Euthanasia Society.

Last year, Scott-Morgan launched The Scott-Morgan Foundation, which is dedicated to using high-tech tools to allow disabled people to “thrive with extreme disability”, through a “hugely ambitious research programme” that will last decades and has attracted “some of the world’s top brains”.

He says on his website that having now analysed the “unwritten rules of clinical care” for motor neurone disease, he plans to thrive for decades, and “is adamant that the lessons learned must help everybody” with such high support needs.