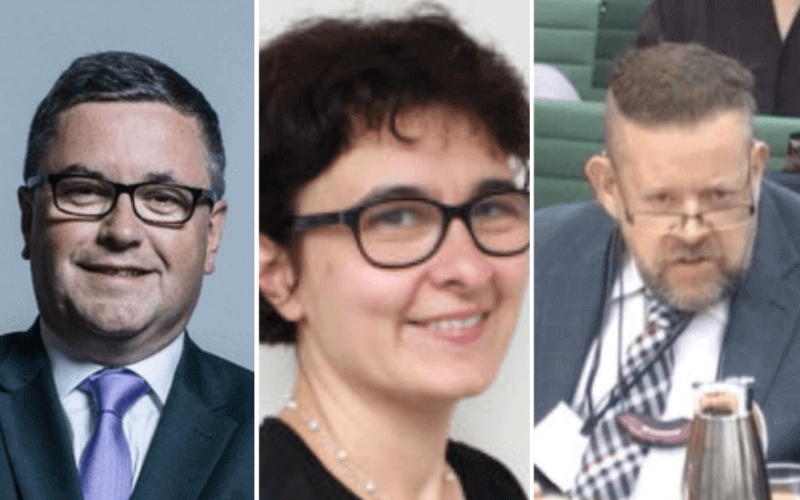 A review of the Human Rights Act, announced this week by the government, must not be used as an opportunity to water down its protections, disabled human rights experts have warned.

Although the government said this week that the review was looking at the “structural framework” of the act, rather than the rights themselves, there are still concerns that it could lead to those rights being weakened.

There are also concerns over whether disabled people and their user-led organisations will be properly consulted on the review, after the Ministry of Justice (MoJ) – which will run the review’s secretariat – told Disability News Service (DNS) that it was not yet able to provide any information about any public consultation that might be carried out.

The Independent Human Rights Act Review is expected to report as soon as next summer.

Among its tasks, it will consider whether the act “strikes the correct balance” between the roles of the courts, the government and parliament.

It will also examine whether the current approach “risks domestic courts being unduly drawn into questions of [government] policy”.

The Human Rights Act (HRA) incorporates the rights set out in the European Convention on Human Rights into domestic British law, and it came into force in October 2000.

Among the many rights included within the act that have been used to protect disabled people are the right to life; the freedom from torture and inhuman or degrading treatment; and the protection from discrimination in relation to the other rights contained within the act.

Four years ago, an earlier government assault on the act caused outrage, after it announced plans to replace it with a new British bill of rights.

An MoJ spokesperson at the time said: “Make no mistake, the Human Rights Act will be repealed and replaced by a bill which will protect our fundamental human rights, but also prevent their abuse and restore common sense to the system.”

These plans were later dropped.

The government’s new approach appears less confrontational and less of a threat to the act itself, but it is still causing alarm among human rights experts and campaigners.

Mike Smith (pictured, right), the former disability commissioner of the Equality and Human Rights Commission (EHRC) and now chief executive of the east London disabled people’s organisation Real, told DNS: “It’s fine to review the effectiveness of the Human Rights Act, but it’s important not to use this as an opportunity to water it down just because the government hasn’t liked some of the decisions of the courts.

“All they have done is apply the law protecting individuals’ human rights against poor decisions by others. Rights are hard-won, and easily lost.”

He added: “When I was at the EHRC we often used the Human Rights Act to ensure disabled people got a just outcome, especially when they had not been ‘discriminated against’ under the Equality Act 2010.”

He said he hoped the review would also examine how the act could be strengthened.

Smith called for the review to “appropriately consult with and be informed by the views of disabled people, and reflect their ability to achieve the rights non-disabled people have on a day-to-day basis”.

She said the act also allows for some scrutiny of government decisions.

She said: “The COVID-19 pandemic highlighted the mistakes that can be made when the government is not appropriately challenged.

“We urge that any, and all, reviews and potential subsequent reforms fully protect the HRA and make its enforcement easier.

“The dignity and the safety of disabled people during and after this global health crisis must be ensured.”

Like Smith, Inclusion London called for the government to widen the rights that are protected by incorporating the UNCRPD into UK law, and called on the review panel to consult with disabled people and DPOs.

But the MoJ told DNS there was currently no information about any potential public consultation by the panel.

Asked about the review’s plans to consult with disabled people and their user-led organisations, an MoJ spokesperson said it would be for the panel to decide “how and when and who they consult with”.

She said: “They will consider how best to conduct this review. How they consult with people will be part of that. It’s for them to decide how to conduct it.”

The concerns came as more than 100 groups from across the UK – including Inclusion London, Disability Wales and the National Survivor User Network – signed an open letter to the prime minister and other UK political leaders, coordinated by the British Institute of Human Rights, which defends the Human Rights Act.

The letter, published today (Thursday) on Human Rights Day, highlights the COVID-19 emergency, and warns: “Human rights must not be an afterthought in times of crisis; human rights were born of disaster and must guide the Covid-19 response and recovery.”

And it adds: “Today, we stand together, proud of our human rights standards in the UK but worried that political rhetoric is again turning towards questioning our laws, with increasing concerns that people’s ability to seek accountability will be reduced.”

The HRA review panel of eight legal figures and academics includes the chair, Sir Peter Gross, a retired Lord Justice, and Baroness [Nuala] O’Loan, who carried out an investigation into human rights for the Equality and Human Rights Commission (EHRC) in 2009.

An EHRC spokesperson said in a statement: “The Human Rights Act protects the fundamental rights and freedoms of every person in the UK.

“Any review should ensure protections are effective, are strengthened where possible, are not undermined and are broadly understood and respected.”

Robert Buckland (pictured, left), the justice secretary, said: “Human rights are deeply rooted in our constitution and the UK has a proud tradition of upholding and promoting them at home and abroad.

“After 20 years of operation, the time is right to consider whether the Human Rights Act is still working effectively.”