You are here: Home / Benefits and Poverty / Labour backs away from DWP deaths inquiry in meeting with families 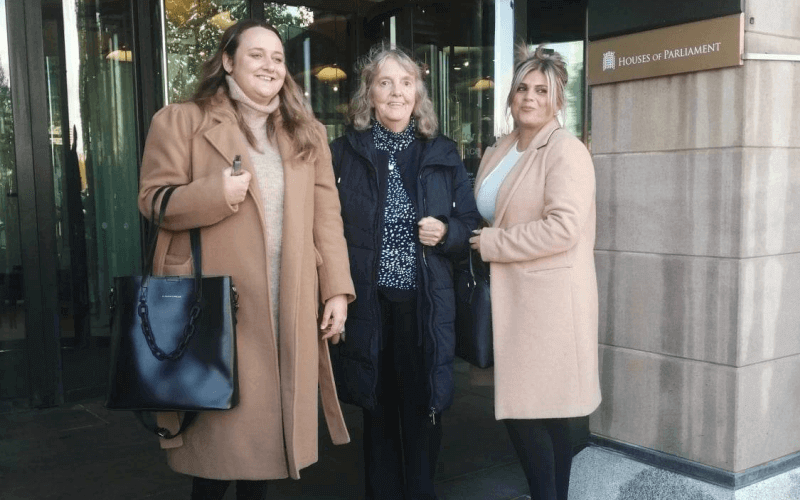 Labour’s shadow work and pensions secretary has refused to promise that his party will order a public inquiry into deaths linked to the actions of the Department for Work and Pensions (DWP) if it wins power.

Jonathan Ashworth avoided pledging that a Labour government would hold an inquiry when he met on Tuesday with relatives of three disabled people who took their own lives because of DWP failings.

All three of the families are calling for an inquiry into deaths and serious harm linked to the benefits system.

Ashworth had suggested earlier this year that he would want an inquiry if Labour won the next election.

But this week, he backed away from promising that an inquiry would happen under a Labour government.

The meeting in Westminster, organised by the mental health charity Rethink Mental Illness, was attended by relatives of Jodey Whiting, Philippa Day and Kevin Dooley, as well as Ashworth and Labour’s shadow minister for disabled people, Vicky Foxcroft.

He said: “There wasn’t a straightforward yes or no. There was nothing concrete.

“The impression I got was they were trying to avoid the question.”

But he said he was pleased that Ashworth had met the families and asked them what changes they would like to see to the social security system.

Jodey and Jamie’s mother, Joy Dove, whose book about her campaign for justice following her daughter’s death was published last month, said she was pleased to have met Ashworth and Foxcroft, and grateful to Rethink for organising the meeting.

She said: “I said what I needed to say.”

But she said she would continue to push Labour to promise an inquiry.

Imogen Day, whose sister Philippa’s death was found to be caused by systemic flaws in the personal independence payment system, told DNS: “I felt the meeting was productive.

“We were supported to share our stories and make suggestions for change, both in the immediate and longer term.

“I hope that Labour do decide to push for a public inquiry, but I am satisfied that there have been commitments to pressure the DWP to increase its transparency.”

She said she would have preferred Ashworth to have made a commitment to an inquiry at the meeting.

She said: “It would have been my preference, but I do respect that he wants to gather more information before making a commitment.”

Ashworth had failed to state Labour’s position on the call for a public inquiry or comment on the meeting by noon today (Thursday).

But Alex Kennedy, Rethink’s head of campaigns, said: “We’re pleased that Labour has heard first-hand from families how their loved ones were seriously failed by the DWP.

“It is crucial now that Labour builds on this and develops policies for a social security system that treats people as human beings.

“No-one should be harmed by the agencies set up to support them, which is why we need for a public inquiry to uncover the scale of this scandal and learn lessons.

“People living with mental illness and other disabilities deserve a transparent, accountable system that has nothing to hide.

“We thank the families, grassroots campaigners and other organisations who have been campaigning so long for justice and systemic change.”