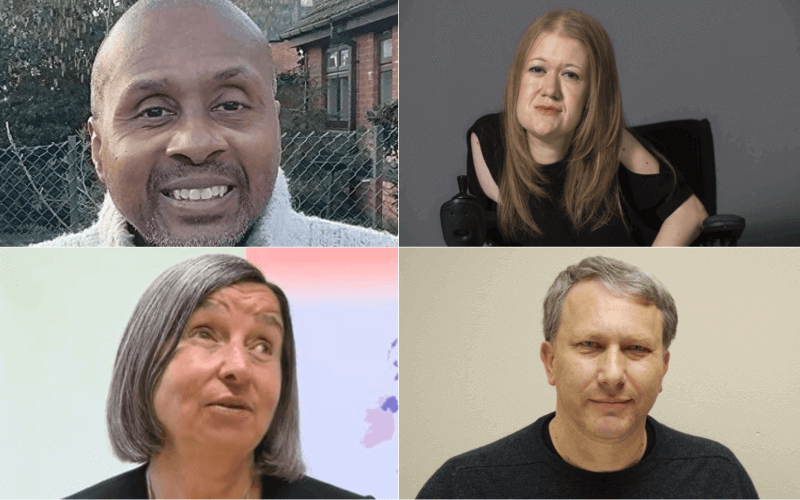 Disabled campaigners have delivered a withering response to the government’s long-awaited plan to “fix social care” in England.

The proposals were announced on Tuesday by the prime minister, Boris Johnson, who claimed they would “fix social care” and the NHS treatment backlogs caused by the COVID-19 pandemic.

The first reading of a bill to introduce the levy was approved yesterday (Wednesday) by MPs.

But there was almost universal criticism across the disabled people’s movement of the inadequate level of funding, the failure to address the needs of working-age disabled people, the lack of detail, and the disproportionate impact of the plans on lower-income workers.

Where Johnson called his plans “responsible, fair, and necessary”, disabled people’s organisations and grassroots groups described them as “disappointing”, “regressive” and even “insulting”.

The plans focus on the introduction of a new 1.25 per cent national insurance levy and a similar rise in dividend tax rates, ringfenced for health and social care, but with most of the new funding put aside for the NHS, at least for the first three years.

The key social care measure – to be followed by a health and social care white paper later this year – is the introduction of a new cap of £86,000 on lifetime personal care costs and a more generous support system for those with significant assets, particularly older people who own their own homes.

But ministers have not yet been clear exactly what they mean by “personal care” (see separate story).

Professor Peter Beresford, co-chair of the disabled people’s and service-user network Shaping Our Lives, said the prime minister’s proposals “treat older and disabled people with contempt and they further signal his government’s primary commitment to the well off and the powerful”.

He said the national insurance rise was a “broad brush attack on lower income tax-payers”, while there was nothing to address social care employment, the “poor law principles of means and needs testing” that lie at the heart of the current social care system, or local variations in provision.

And he said there was “not even a nod in the direction” of the proposals put forward by the disabled people’s movement for a free, universal system of independent living that would be funded by progressive taxation, through a National Independent Living Support Service (NILSS).

Inclusion London was just as dismissive of the government’s proposals, and said it was “extremely disappointed” with the plans.

Svetlana Kotova, Inclusion London’s director of campaigns and justice, said the current system excludes thousands of people with support needs, and condemns many of those who do receive support “to a life of isolation” because they are trapped at home with care visits that only last 15 minutes, which “barely ensures basic survival”.

She said: “The existing structure forces disabled people, already on means-tested benefits, to pay unjust charges and makes them even poorer.

“At the same time, it pays care workers a pittance and heavily relies on unpaid carers.”

She said the increase in national insurance was “not a progressive move” and would “not fix a broken system”.

She added: “The cap won’t fix our broken care system – it won’t provide social care for many hundreds of thousands of people currently excluded from support.

“It won’t improve the quality or amount of support people currently get, which is woeful.

“It won’t stop the scandal of charging for social care that is robbing disabled people of essential disability benefits income and pushes them into extreme poverty, and it won’t improve wages or conditions of care workers or address the recruitment and vacancy crisis.

“Social care must be free at the point of need, funded through progressive taxation.

“The government needs to provide an urgent injection of funding to stabilise the system and start to actively work with disabled people to develop a social care service fit for our needs and the years to come.”

Disability Rights UK (DR UK) said the plans were “too little, too late”.

Fazilet Hadi, DR UK’s head of policy, said: “The proposed measures do not kick in for another two years.

“They may not be enough to cover care costs, they may still rely on those with minimal assets having to contribute to care costs, and they do not cover the vastly greater accommodation or food costs, known as hotel costs, for disabled people in residential care.

“We also believe it is the wrong mechanism to use national insurance contributions instead of income tax.”

The Reclaiming Our Futures Alliance dismissed the government’s proposals as a “tax without a plan”.

Mark Harrison, a member of ROFA’s steering group, said it was “a con to get working people to disproportionately bail out the private sector, who deliver inadequate social care services to disabled people for profit”.

He said Johnson’s plan was “focussed on preventing older Tory voters in the south of England from ‘losing their homes’ and will do nothing to resolve the crisis facing working-age disabled people”.

He said ROFA was instead focused on developing and implementing its NILSS plans, which would allow the government to meet its duties under article 19 of the UN Convention on the Rights of Persons with Disabilities.

And he called on Labour leader Keir Starmer to “seriously engage with ROFA members to coproduce a legal right to independent living backed by a transformational system”, rather than pushing Labour’s “out of date, 20th century solutions”.

The National Survivor User Network (NSUN) described the “inadequate” level of funding as “deeply disappointing” and criticised the government’s “regressive” solution of a levy on national insurance contributions, which it said was “not the answer to the social care crisis”.

The disabled author and Guardian columnist Frances Ryan spoke out about the plans as the BBC released Hen Night, a short drama inspired by her book Crippled, in which a young disabled teacher, Jessica, fights back after her social care is cut during the pandemic.

“Nothing for working age disabled people drowning in care bills and unmet needs. Nothing for underpaid care staff. Nothing for family carers.

“There are hundreds of thousands of real life Jessicas out there and few of them will be helped by the government’s announcements.”

BRIL said the only winners from the government’s announcement would be “the wealthy, and the owners of the private care companies”.

A BRIL spokesperson said the decision to unfreeze the minimum income guarantee [frozen by the government since 2015] for those paying care charges next year was “welcome, and no doubt due to the efforts of disabled activists drawing attention to this scandal”.

But he said it was “too little, too late” and “no solace for the thousands of disabled people who have been forced into debt, poverty and left without care and support for years”, while the failure to provide anything concrete on social care support for mental health service-users was “frankly unforgivable”.

Disabled People Against Cuts was another to criticise the use of national insurance to fund the proposals, and it described the minimum income guarantee offering as “a crumb rather than a slice of bread”.

Donald O’Neal, whose exposé of England’s social care system, The Lack of Care Act 2014, was published in July, said the government’s plan “says little about people of working age who live in the community” and nothing about centres for independent living and other disabled people’s organisations, “which have shown that they are best at supporting disabled people who live independently”.

O’Neal, a social care service-user for more than 35 years, said the government’s plan failed to address disabled people’s needs “beyond the basics”, such as washing, dressing and getting out of bed.

And he said the proposals read instead “like a plan that was created without disabled people around the table”.

O’Neal also said he did not believe the proposal to impose a levy on national insurance was a fair way to raise extra funds, because of the burden it imposed on low-income workers, and that he feared it would not raise enough funds to address the social care crisis.

The Disability Union was also critical of the funding solution, which it said “predominantly benefits the wealthy while being predominantly paid for by the poorest”.