You are here: Home / Politics / Labour’s broken promise could see it finally face legal action over years of discrimination 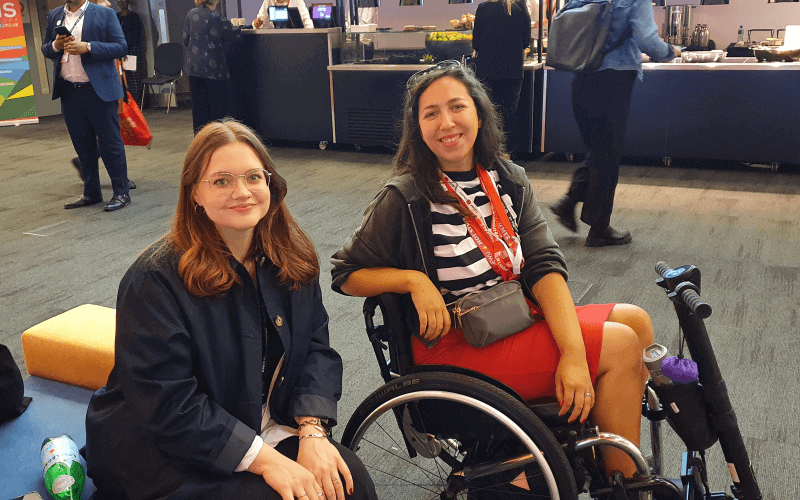 Labour is facing the real possibility of legal action over years of disability discrimination within the party, after reneging on plans to hold a national conference and set up a national committee of disabled members.

The party’s national executive committee (NEC) this week decided it would be too expensive to set up national and regional committees for its disabled members and hold the disabled members’ conference, and it decided instead to focus funding on winning the next general election.

It made a similar decision to backtrack on an agreement to set up party structures for black, Asian and minority ethnic (BAME) members.

The party will instead encourage disabled members to join Disability Labour, which is affiliated to the party and will be given two more places on Labour’s national policy forum, while “accessibility training” will be rolled out to Labour officials with regional and constituency roles across the country.

Any plans to set up a national disabled members’ committee and conference will be reviewed after the next general election, but with no promise they will go ahead even then.

Disability Labour has previously warned Labour that it faced possible legal action if it failed to end years of discrimination against disabled party members.

Yesterday (Wednesday), Disability Labour suggested that this legal action was now an option, although it was waiting for the party to confirm it had gone back on the agreement to set up the committees and hold the conference.

She said: “You can’t abdicate your duties under the Equality Act 2010.

“We will be discussing this situation at our next meeting.

“There is already frustration amongst disabled people with the delays in enacting the rule changes and this information will exacerbate the situation.”

Ellen Morrison, Labour’s disabled members’ representative on the NEC, who was present at this week’s meeting, said her party’s actions failed to match its claim to be the party of equality.

She said the explanation that the party needed to “focus everything on winning a general election and that holding a disabled members’ conference and the national and regional committees just can’t be staffed and resourced” was “hugely disappointing”.

She said: “My view is that you bring equalities groups with you to win a general election.

“The conference and the committees would be exactly the solution we are looking for to ensure we are setting out the policies we need rather than having them set for us, which is unfortunately what we have seen in a number of areas, particularly with the focus on a National Care Service rather than a focus on independent living through a National Independent Living Service.”

Morrison said the paper presented to the NEC had suggested that setting up new structures for disabled and BAME members could be a “distraction”, which she said had been “hurtful” and “deeply frustrating”, even though she believes the word was subsequently removed through an amendment.

She said: “When you view it as ‘us and them’ rather than disabled people being central to everything we are doing, I think that really highlights the party’s view of disabled people.

“We haven’t been central to messaging, whether it’s about policy or otherwise.”

“I just think in every area we are viewed as not central to the project and that is really difficult to swallow.”

She said that she and Carol Sewell, the BAME Labour representative on the NEC, had been reminding and pushing the NEC and Starmer to confirm the proposals.

Morrison and others had worked for months on a working group to prepare a proposal on the new structures that was overwhelmingly approved at last year’s party conference.

Since then, she has spoken at numerous party meetings at which she has told disabled members that the changes were coming and that they were “genuinely important”.

She said: “We all thought the structures were coming. At no point did anyone warn us that this might happen.”

She stressed that the plans for the structures were developed under Starmer’s leadership of the party and were not simply remnants of the previous left-wing leadership of Jeremy Corbyn.

Morrison said she believed the NEC decision “potentially” made a legal action more likely because “we are running out of goodwill from disabled people now”.

She said: “We are not getting our access needs met. The culture for us is not good.

“Members feel shut out and ignored, and more than that, discriminated against.

“I could understand [a legal action], and it is something that disabled members say when I speak at meetings.

“Obviously, I think that would be a terrible thing to happen that we have got to the point where the party of equality is going through a legal action with disabled people.

“How have we got to that point?

“I think we are not prioritised in any way and it’s really sad.”

Emily Pomroy-Smith, another leading disabled party member, and chair of South-West Wiltshire CLP*, who fought that seat for Labour at the 2019 general election, said: “I am deeply disappointed with this latest delay to increasing democracy in the Labour party for our disabled members and other minority groups.

“It feels like Groundhog Day, and although I appreciate that the priorities of the party right now are laser-focussed on selecting candidates and winning the next general election, it’s hard not to feel like we are being fobbed off yet again.

“Token seats on committees are absolutely worthless if the concerns of our disabled representatives aren’t being listened to.

“These changes are long overdue, and I know that I and other disabled members are quickly running out of patience.

“The Labour party like to shout about being the party of equality, but actions speak louder than words.”

Labour had failed by noon today to comment on its decision to renege on the plans.