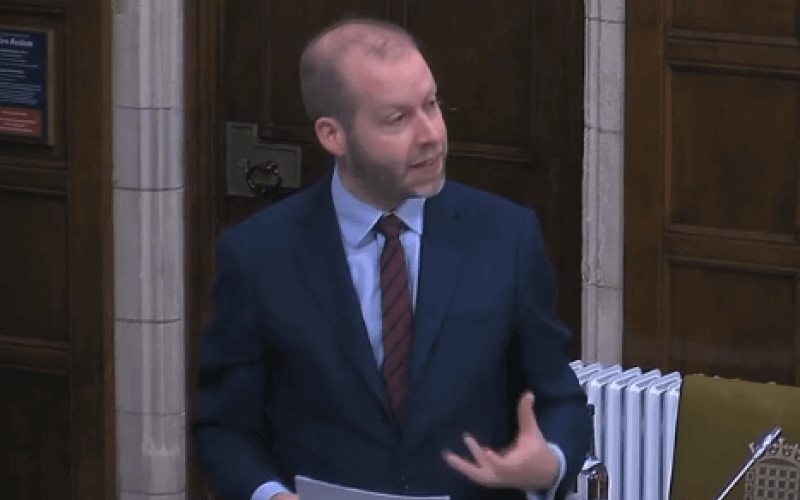 Labour’s new shadow work and pensions secretary is facing anger from disabled activists and politicians after he said that people who “put more in” to the social security system should “get more out of it” if they lose their jobs.

Among those to criticise the comments made by Jonathan Reynolds was Kerena Marchant, a Deaf campaigner who stood for Labour at the last general election.

In an article for the Politics Home website, Reynolds (pictured) said he wanted to see a social security system in which “if you put more in, you get more out of it”.

He added: “One of the reasons that support for social security has diminished amongst parts of the country is the sense that people put into the system and they don’t get anything out of it.”

But DPAC said such comments were “highly irresponsible” because they would “set social group against social group” and would “only lead to further social division and stoke hate”.

DPAC pointed out in the letter that disabled people face “huge barriers in terms of discrimination and lack of access” and so contribute less on average in national insurance than non-disabled people, as do black, Asian and minority ethnic (BAME) people, women and young people.

Marchant said she agreed with DPAC.

She said such a policy “really threatens the people I work with, who will never work by reason of disability” and so will be unable to “pay more into a system to take more out”.

She told Disability News Service: “It’s a betrayal of socialism and disabled people and other minorities.”

Another open letter, this time written by disabled Labour activist Gail Ward, has been signed so far by more than 200 Labour and disabled activists and allies.

Ward said Reynolds’ comments showed “backward thinking” in the Labour party, and she added: “The idea that those who have paid less into the system should get less, is nothing short of discrimination and any party pushing this ideology should be ashamed of themselves.”

He also called for the temporary £20-a-week increase in universal credit to continue after the pandemic is over, and to also be applied to legacy benefits like jobseeker’s allowance and employment and support allowance.

A Labour spokesperson said: “Disability benefits are not contributory and never should be.

“Under the Conservatives, social security in general and disability benefits in particular have been undermined and cut for ideological reasons, leaving too many people without the support they need.

“That is the opposite of what a social security system is for.”

Despite Disability News Service pointing out that this did not respond to the points raised in the letters from disabled activists, he declined to comment further.

A DPAC spokesperson said: “Labour’s response fails to address any of our substantive concerns.

“They still seem to be saying that people who are not able to work will get less than those who are.

“They appear oblivious to any concept of equal life chances. The more they respond, the more they are exposing a fundamental ignorance around disabled people’s oppression.

“This confirms that despite policy commitments and pledges made under the previous Labour leadership, an understanding of disability issues was never embedded in the party.

“The belief held by certain elements within the party that they need to be seen to be tough on welfare clearly never went away.

“This approach is a mistake. It will lose them support and cost votes.

“We are aware that Jonathan Reynolds is reaching out to individual disabled people who have criticised him over this.

“Our message to him is that warm words are not enough. We need solid policy commitments based on principles of dignity and fairness for all benefit claimants.”