You are here: Home / Housing / ‘Levelling-up’ government cash for 1,000 new homes… but not one of them will have to be wheelchair-accessible 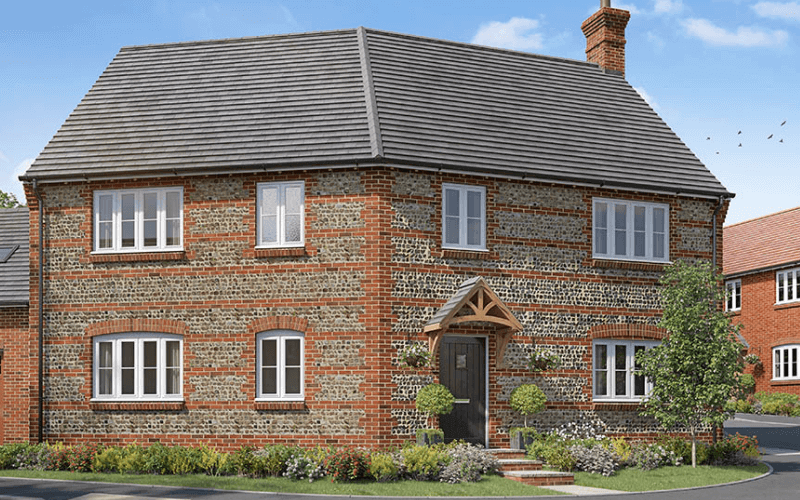 A government agency has announced that it will spend £15 million helping to fund more than 1,000 new family homes across three English counties, but not one of them will have to be suitable for a wheelchair-user to live in.

Homes England said the finance package from the government’s Levelling Up Home Building Fund and banking giant HSBC – which is contributing £30 million – will ensure “hundreds of families across Dorset, Hampshire and Somerset” will be able to move into new homes over the next five years.

And although 30 per cent of the homes will be affordable, none of them will have to be built to strict accessibility standards – known as the M4(3) standard – that will make them suitable for wheelchair-users.

Despite the continuing accessible housing crisis, Homes England has not imposed any accessibility conditions on the new funding for “traditional housebuilder” Wyatt Homes.

But Wyatt Homes said that the proportion of the 1,000 new homes to be built to the M4(3) standard or the less strict M4(2) – which include accessible and adaptable features but are not suitable as homes for wheelchair-users – would depend on the planning policies of the councils that control the areas it will build in.

But some of those local authorities are likely not to have any requirements on accessibility in their planning policies.

The government’s National Disability Strategy, published last summer, warned that “less than half of the local plans in England for new homes include requirements for a proportion of new homes to meet higher accessibility standards”.

Wyatt Homes said just 20 per cent of the homes in one of the locations – in Purbeck, Dorset – will be built to the less accessible M4(2) standard.

Hadyn Beazer, finance director of Wyatt Homes, confirmed to Disability News Service this morning (Thursday) that there was nothing in the agreement with Homes England to ensure that a minimum number of the new homes must be built to strict accessibility standards.

Prime minister Boris Johnson had said in the National Disability Strategy – later found by a court to be unlawful – that “departments and agencies in every corner of Government” had set out “how they will do their bit to bring about the practical and lasting change that will make a material difference to the lives of disabled people right across our country”.

But just weeks before the publication of the strategy, the government had announced plans to spend £30 million on housing projects across England, but without imposing a requirement for any of the housing schemes to include any homes built to either the M4(2) or the M4(3) standards.

Now the government has failed again to impose any accessibility requirements on the support from its Levelling Up Home Building Fund.

A Homes England spokesperson had declined to explain by noon today why the agency had not insisted that a minimum number of the 1,000 new homes should be built to strict accessibility standards.

But he said in a statement: “As the government’s housing and regeneration agency, our focus is on delivering the homes England needs, and it is important to us that as many people as possible have access to quality homes that are fit for purpose.

“Accessible housing provision is determined by local planning policy, as set out in the National Planning Policy Framework.

“Adhering to local planning policy is one of the conditions that all developers must meet when receiving funding from us.”

The Department for Levelling Up, Housing and Communities had refused by noon today to explain how it justified the decision to spend £15 million on the scheme but fail to ensure that any of the homes will be wheelchair-accessible.