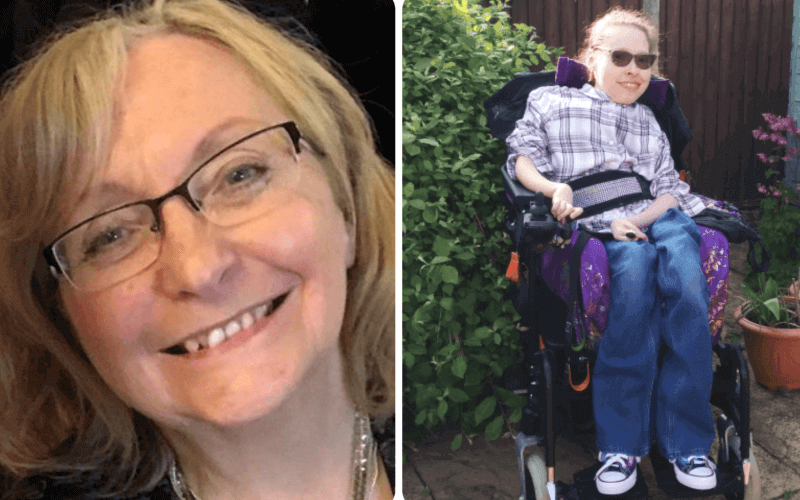 Ministers are to spend £30 million on projects across England that could lead to more than 17,000 new homes, but they are refusing to insist that a single one of them is built to strict accessibility standards.

Despite announcing funding for more than 160 projects, ministers have imposed no requirement for any of the housing schemes to include any accessible homes.

The Ministry of Housing, Communities and Local Government (MHCLG) says the plans for better use of public land could see more than 17,000 new homes being built, with funding awarded through the Land Release Fund (LRF) and the One Public Estate programme.

But MHCLG confirmed this week to Disability News Service (DNS) that there would be no obligation for any of the projects to include a certain proportion of homes built to the M4(2) standard, which includes 16 accessible or adaptable features, or to the M4(3) standard, for homes that are fully wheelchair-accessible, or can easily be adapted to be so.

Cllr Pam Thomas, a disabled city councillor in Liverpool and chair of the city council’s corporate access forum, said the government’s failure showed “that the voice of developers is allowed to take precedence over the voice of disabled people”.

Disabled campaigner Fleur Perry, who has previously written to housing secretary Robert Jenrick to warn him that his failure to act on accessible housing could be unlawful, said the government’s refusal to set minimum numbers of accessible homes with the new funding was “a missed opportunity to build accessible housing”.

An MHCLG spokesperson said: “The number of accessible homes has nearly doubled in a decade and we have recently consulted on ways of improving the accessibility of new homes.

“Councils are best placed to decide how much accessible housing is needed in their area, and set these requirements in their Local Plans.”

But Perry said: “We know that 1.8 million people live in houses that do not meet their needs, and we know (from personal experience, anecdotes, and research) that this has a huge impact on the day-to-day lives of disabled people.

“We also know that some local authorities aren’t doing anything.”

She said that more than half (52 per cent) of local authorities have failed to include any accessible housing requirements in their Local Plan, which may be a breach of the Equality Act’s public sector equality duty.

And she pointed out that the Equality and Human Rights Commission found in 2018 that 84 per cent of local authorities surveyed did not feel that they had good data on the number of disabled people currently inappropriately housed.

She said this cast doubt on whether local authorities really were “best placed” to choose how much of the £30 million should be used to build accessible housing.

She said: “This is an assumption, not reality, and I will be writing to the Ministry of Housing, Communities and Local Government to ask them to reconsider.”

A consultation on whether the government should introduce higher accessibility standards for new housing in England ended last December, with ministers yet to announce their next steps.

“It’s a key component of independent living and the lack of accessible housing is a solvable problem.

“We know that this a national issue and I think that central government need to be acting. I look forward to reading the results of last year’s consultation.”

Thomas, who has a PhD on the physical inaccessibility of homes for owner occupation, said MHCLG’s response suggested that it was “out of touch with, or doesn’t care about, the research and reality of the dire shortage of accessible and adaptable housing”.

She said that the “doubling of a totally inadequate number of accessible homes in a decade means very little”, particularly as most of them appear to be in London, which introduced stricter standards for new homes in 2004.

Ministers have been repeatedly warned about the chronic shortage of accessible housing, with the equality and human rights watchdog warning three years ago that more than 350,000 disabled people in England had unmet housing needs, with one-third of those in rented accommodation living in unsuitable properties.

That same year, research by Disability News Service showed how representatives of the home-building industry were engaged in a countrywide campaign to defeat attempts by councils to ensure more accessible homes were built in their areas.

Thomas said Liverpool City Council had included a requirement in its draft Local Plan several years ago that 90 per cent of all new homes should be more accessible and adaptable for people with mobility limitations and 10 per cent should be easily adaptable for wheelchair access.

The local plan “is still going through the very long statutory process to gain the approval of the government’s planning inspector”, with developers objecting to the accessible housing requirement and insisting, she said, that “the case has not been made that accessible and adaptable housing is wanted or needed”.

She said: “We have been able to get the agreement of some developers through persuasion that it need not cost them any more to use inclusive design from the design stage, but because the law does not give us the power unless the Local Plan is approved, we cannot insist if the developers refuse.”

Only last August, the government was accused of “showing contempt” for disabled people after publishing an “utterly shameful” 84-page white paper on the future of the planning system without including a single mention of disabled people, disability or accessible housing.

And in January this year, DNS revealed how ministers had delayed publishing a report that called for more research into the benefits of accessible housing for up to four years.

Despite its latest failure to address the accessible housing crisis, the government announced that the new funding was part of its so-called “levelling up agenda”.

Some of the funding will help to create feasibility studies and design work for potential development sites, while the LRF funding will support councils to regenerate mainly brownfield sites for housing by providing capital funding for infrastructure work.