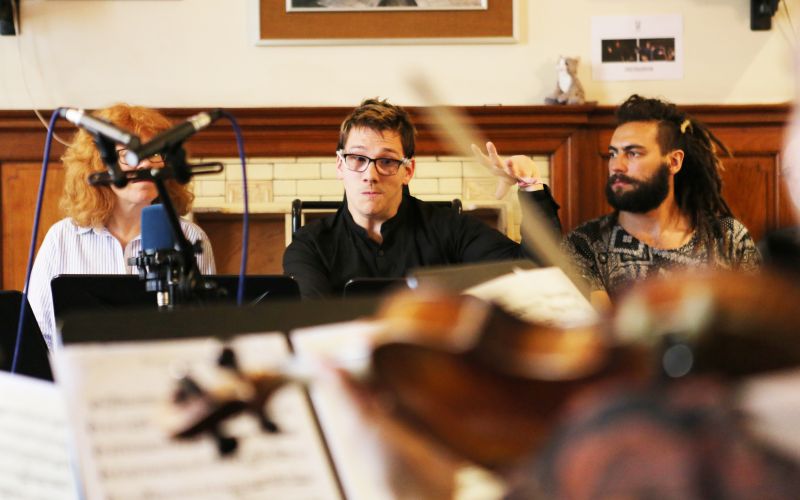 The arts sector appears to be making gradual progress on increasing the proportion of disabled people in its workforce, although many leading companies have admitted employing no disabled staff at all, a new report by the Arts Council has revealed.

There has also been a significant increase in the number of disabled-led NPOs, increasing from five to 19 in just one year – which may explain some of the employment increase – while ACE said that three per cent of all of its strategic funds were awarded to disability-led organisations, compared to just two per cent in 2014-15.

But there are still question-marks over the rate of progress.

The ACE report reveals that some major arts organisations that receive ACE funding – and employ more than 50 members of staff – appear to have no disabled employees at all.

Although those figures refer to 2014-15, while the rest of the report covers 2015-16, the arts organisations admitting that they employ no disabled people at all include the BALTIC Centre for Contemporary Art, the English National Opera, the London Symphony Orchestra, The Roundhouse, the University of Warwick, and Bristol Old Vic.

An ACE spokeswoman warned that it would be “using the data to inform the decisions we take” on future funding from 2018.

ACE said it was “looking into” the reasons for these falls.

But the figures in the Equality, Diversity And The Creative Case 2015-16 report seem to show that ACE’s Creative Case for Diversity programme is now making some progress, two years after it was launched in December 2014.

This year, it invested £11.8 million in diversity, an increase of more than 40 per cent on the amount ACE originally intended to spend.

This includes £5.3 million on Elevate, which aims to develop diverse-led organisations, a sum that was “uplifted” through National Lottery funding “due to the strength of applications received”; funding to help address the lack of diversity in arts leadership, through the Change Makers programme (pictured); and support for the development and commissioning of new work by deaf and disabled artists, through Unlimited, which was originally launched as part of the London 2012 Cultural Olympiad.

An ACE spokeswoman said: “We know that there is more to be done in terms of the leadership within the sector, the representation of disabled people across our workforce and the barriers around socio-economic participation.

“We are committed to addressing these issues.”

From 2018, those NPOs receiving more than £1 million a year “will be required to ensure their leadership and workforce reflects the diversity of their local area”, while ACE will have “some involvement in senior management and board appointments”.

Its chief executive, Darren Henley, told the report’s launch event in Manchester: “Disabled representation within the arts and culture workforce now stands at four per cent.

“We all have to do better – and I include the Arts Council in that challenge.”

Henley said that research commissioned by ACE into why this figure was so low found that disabled people still faced “significant barriers to employment”, particularly as a result of reform of the government’s Access to Work scheme.

He said: “We’ve expressed our concerns to government about recent changes and their impact on the ability of disabled artists to develop their careers.

“We’re watching what happens next and will continue to make representations.”

He also said that black and minority ethnic and disabled people were still under-represented in arts audiences,

He said that “work still needs to be done for disabled people”, and he added: “We are seeing progress in diversity… but we need to keep pushing on.”

Jane Cordell, chair of the disability and Deaf arts organisation DaDaFest, told the event that it was vital that the boards running arts organisations were diverse because they “challenge more, they disrupt”.

She said: “If we don’t have those who have experiences beyond the norm, our strategies and plans are at risk of being normal and a vicious circle of unseen exclusion will persist.”

Meanwhile, the user-led access-to-live-music charity Attitude is Everything has announced the six winners of its inaugural Outstanding Attitude Awards.

The awards have been presented to venues and festivals “at the forefront of creative access provision” for Deaf and disabled audiences at live music events.

The three winning venues were The Albany, in London, for providing video-based travel information on its website; Colston Hall, in Bristol, for a conference and a series of performances that “put accessible music-making centre-stage”; and the Motorpoint Arena in Nottingham, for offering British Sign Language (BSL) interpretation at all of its events.

The winning festivals were Just So, in Cheshire, for its inclusive programming; Nozstock, in Herefordshire, for its online access information; and Reading, for its user-led BSL interpretation service. 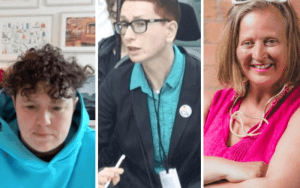