You are here: Home / Benefits and Poverty / Maximus ‘has falsified results of fitness for work tests’, says MP 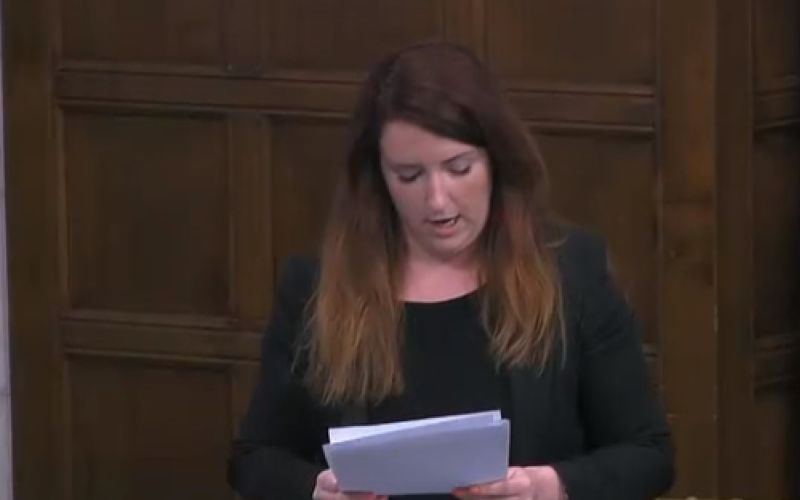 The discredited US outsourcing giant contracted to carry out “fitness for work” tests on behalf of the government has been accused by an MP of “falsifying” the results of assessments.

Labour MP Louise Haigh attacked the track record, ethics and even criminal behaviour of Maximus in delivering public contracts in the US, during a debate on the work capability assessment (WCA).

But she also highlighted what she described as a “disconcerting pattern of behaviour” by Maximus in the UK since taking over the WCA contract from Atos last year.

She said: “There seems to be an alarming trend of cases being rejected based on factual errors or even – I hesitate to say this – falsification.

“I have had several cases of people telling me that their assessment report bears absolutely no relation to the assessment that they experienced with Maximus or Atos.

“One or two cases could be dismissed as an honest mistake, but the situation appears to reveal a disconcerting pattern of behaviour that indicates that the trade-off between cost-cutting and profit maximisation is being felt by very vulnerable people.”

Haigh (pictured speaking in the debate), a shadow Cabinet Office minister, also raised concerns that there was no way for the public to check whether targets set for Maximus by the government – such as the number of serious complaints and the payment of travel expenses within nine working days – were being met.

She said: “That is why we talk about a democratic deficit in outsourced public services, the costs of which have rocketed since 2010 to almost £120 billion, covering vast swathes of services that we all rely on.

“What exactly is the point in setting targets if the public cannot see whether they are being achieved?

“A supplier could manipulate the data, and we would have to rely on an overstretched [Department for Work and Pensions] to pick it up.”

She said that contractors such as Maximus were “undoubtedly failing”, and added: “We will all be forgiven for not wanting simply to trust that all is well when our constituents tell a different story and when well-documented scandals seem to play on a loop.”

Haigh told fellow MPs how Maximus had been fined $30.5 million in 2007 by making tens of thousands of false claims on a payment by results contract which meant that the company “effectively stole money from US taxpayers by making claims for children who had not received care”.

In 2007, she said, Maximus was sued by the Connecticut state government for the “abject failure” of its computer system, which was supposed to provide real-time police record checks, leading the attorney general to say that the company had “minimized quality” and accuse it of “squandering millions of taxpayer dollars”. Five years later, Maximus settled the case for $2.5 million.

Haigh said: “While the US sues companies such as Maximus, which spectacularly fail to deliver the contracts they are required to, we continue to hand over billions of pounds of taxpayers’ money.”

The US cases she raised were just two of those mentioned by Disability News Service in 2014 when it first revealed that Maximus was set to take over the WCA contract from Atos, despite a “chilling” record of discrimination, alleged fraud and incompetence.

Haigh called on employment minister Priti Patel to publish regular updates to parliament on Maximus’s performance against its targets.

And she asked for a DWP commitment to publish a cost-benefit analysis for bringing the WCA back within the department, when the contract is up for renewal in three years’ time.

Haigh said: “The fundamental problem is that regardless of which hapless and dubious provider is dragged in, and regardless of the operating system and oversight of the WCA, the need of extremely vulnerable individuals simply cannot come in third place behind a need to cut costs and maximise profit.

“Is not the lesson of this whole sorry episode and the episode before it that profit has no place in assessing need?”

Patel said she could not comment on the performance of Maximus in the US, but insisted that there was a “full and transparent contracting process” that enabled DWP to “fully test bidders” for such contracts.

But Haigh asked whether Patel was “seriously saying that previous fraud and theft from taxpayers cannot be taken into consideration when the government are handing out a very similar contract in the UK?”

Patel eventually promised Debbie Abrahams, the shadow minister for disabled people, she would find out if there was “a requirement in the tendering process for disclosure of previous legal action”, although she said she “would be astonished if [DWP] did not have a system for looking back and assessing companies’ previous conduct before we engage with them”.

But Haigh told her: “As a shadow Cabinet Office minister, I can tell her that the guidelines for considering past performance are completely unsatisfactory.

“It is no surprise to me that a contractor with prior performance as appalling as that of Maximus, which has failed so singularly in the past, has been awarded a contract.”

A DWP spokesman said, after the debate: “This contract was awarded in accordance with the government’s EU procurement guidelines, which included the requirement by the company to declare convictions for bribery, fraud, money laundering and debt.”

A Maximus spokesman said in a statement: “The quality of our assessments is incredibly important to us; the decisions we take impact upon people’s lives and we are committed to providing a high quality and fair assessment for all our customers.

“Our assessments are independently audited and there is absolutely no evidence to support the unsubstantiated and misleading allegation that any of our reports contain ‘falsified’ data.

“By contrast, the recent National Audit Office report confirmed that we are meeting the vast majority of our quality targets.

“We are determined to continue to improve standards and are investing in improved training and support for staff in order to do this.”