You are here: Home / Benefits and Poverty / May’s mental health speech ‘is smokescreen to hide damage of welfare reform’ 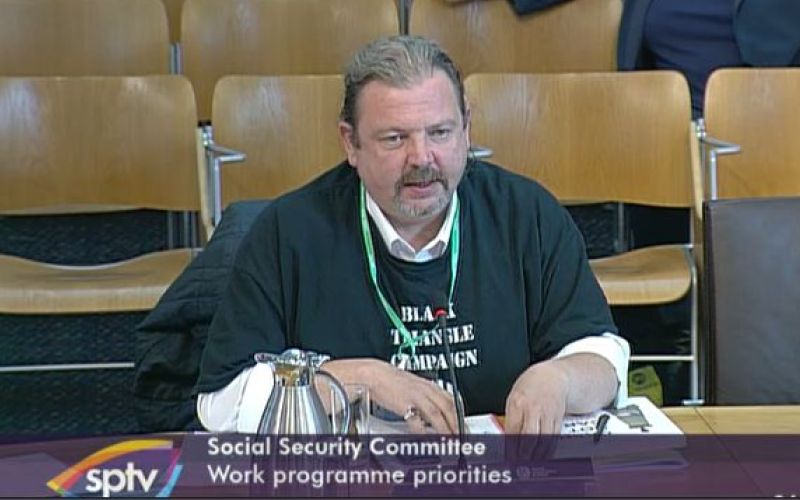 The prime minister has been accused of hypocrisy, after making a high-profile series of announcements on the “burning injustices” facing people in mental distress, despite research that has linked her own government’s welfare reforms with hundreds of suicides.

Theresa May used the package of measures that she claimed would “transform” mental health support in schools, the workplace and the community to illustrate what she said was her “commitment to building a fairer society”, in a speech at the Charity Commission’s annual meeting.

But furious disabled activists have accused May of using the announcements as a smokescreen to hide the increasing anger over the brutal impact on people in mental distress of her government’s social security policies.

In late 2015, Government-funded research by public health experts from the Universities of Liverpool and Oxford concluded that the programme to reassess people on incapacity benefit through the work capability assessment (WCA) was linked to 590 suicides in just three years.

And only last week, Disability News Service (DNS) reported that three opposition parties had called for an independent inquiry into claims that Tory ministers covered up links between the WCA and the deaths of benefit claimants.

But this week, May announced the “first steps” in what she said was a plan to “transform the way we deal with mental health problems at every stage of a person’s life”, and made no mention of substantial evidence of the harmful impact on people in mental distress of her government’s social security reforms.

The Department of Health (DH) also published a new progress report on its cross-government suicide prevention strategy this week, in which it admits that it is mandatory for the Department for Work and Pensions [DWP] to carry out “peer reviews” of cases in which “a claimant has died by suicide and there is an allegation that Departmental activity may have contributed”.

But the progress report fails to point out that DWP ministers appear to have failed in 2012 to share seven peer reviews that mentioned the WCA with Professor Malcolm Harrington, the independent expert they had appointed to review the assessment, as reported by DNS last week.

DWP ministers also appear to have failed in 2010 to pass on to Harrington a letter, written by a coroner, which raised serious concerns about the safety of the WCA and called for a review of the policy not to seek medical evidence from a GP or psychiatrist for any claimant applying for out-of-work disability benefits who had a mental health condition.

The new DH suicide prevention report also admits that DWP has reviewed the guidance for healthcare professionals who carry out WCAs on whether a “substantial risk of harm (including suicide/self-harm) might be triggered by work, or work-related activity”.

But the report fails to point out that this review led to the guidance being substantially weakened, making suicides more likely, and leading to a substantial fall in the proportion of claimants of out-of-work disability benefits who do not have to carry out work-related activity.

John McArdle (pictured), co-founder of Black Triangle, said the government “continues to deny against all the evidence” that the WCA process causes people with mental health conditions to take their own lives, and causes many others significant mental distress.

He said: “What Theresa May has said is nothing short of a smokescreen to defuse the rising tide of indignation and anger at the way people with mental health conditions are being treated by the state.

“It’s a sop to make voters think that this will be a benevolent and compassionate administration in comparison with the last one, and nothing could be further from the truth.

“We have hundreds of stories of people [harmed by the government’s social security policies] and they continue to deny the catastrophic effects that welfare reforms are having through losing their disability benefits and being sanctioned.”

He said that May’s statements this week on mental health were “sheer propaganda” and “an insult to the dead and people with mental health problems who are being persecuted under this regime”.

Linda Burnip, co-founder of Disabled People Against Cuts, said she was “flabbergasted” at the hypocrisy of May’s comments and announcements on mental health.

She said May was attempting to distract voters’ attention from government policies that had “basically pushed people to their death”.

Burnip pointed to similar hypocrisy by international development secretary Priti Patel last month, when the former DWP minister announced that the government wanted to become a “world leader” on disability, just weeks after the UN committee on the rights of persons with disabilities had found the UK government guilty of “grave or systematic violations” of the UN disability convention as a result of its social security reforms.