You are here: Home / Independent Living / Meeting ‘could lead to groundswell of support’ for independent living campaign 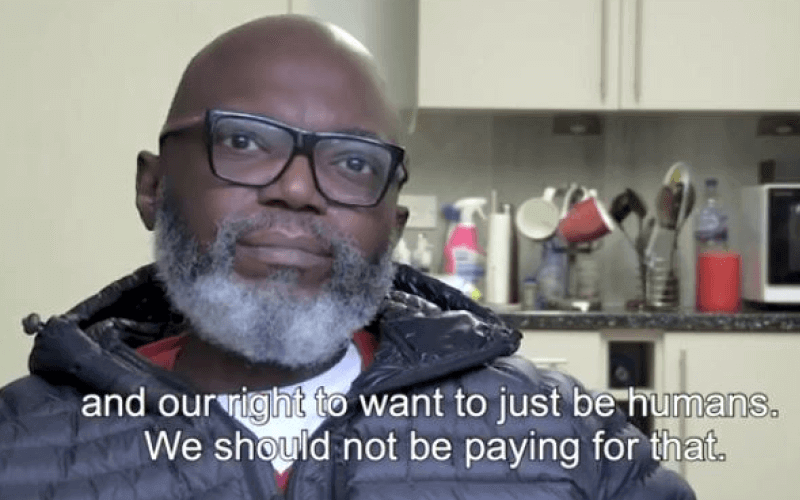 Disabled activists and allies are meeting today (Thursday) to plan how to generate a “groundswell” of support for a national independent living service that would be available free of charge to anyone in England who needs it.

The online meeting, organised by the Reclaiming Our Futures Alliance (ROFA) and Inclusion London, comes against the background of repeated broken government promises to reform the crisis-ridden social care system.

They hope to use the meeting to build support for disabled-led proposals for a National Independent Living Support Service (NILSS).

They also want the government’s eventual reforms to comply with article 19 of the UN Convention on the Rights of Persons with Disabilities, which describes disabled people’s right to live independently and be included in the community.

February’s health and social care white paper said the government would bring forward “proposals” for social care reform later this year, but it has been making such pledges ever since promising four years ago that a social care green paper would be published by the end of 2017.

ROFA and Inclusion London believe it is vital that disabled people have a strong and “distinct” voice that can be used to influence the government’s social care reforms.

They hope that disabled people’s organisations and allies that are committed to the proposals for a National Independent Living Support Service (NILSS) will be able to work together to pressure the government.

NILSS would see a national service, running alongside but separate from the NHS, providing a universal right to independent living, with support provided free to those who need it, funded by general taxation, managed by central government, and delivered locally in co-production with disabled people.

Mark Harrison, from ROFA, said this week that the aim of today’s meeting was “to create momentum to pull a group of people together who have concerns around social care reform and the right to independent living”.

He said that some of the NILSS elements might have been controversial a couple of years ago, but the deepening of the social care crisis and the impact of the pandemic on disabled people had now shown why it was needed.

He said the government’s attempts at reform had descended into “chaos”.

He said: “Local authorities are going bust, and others are not meeting their legal duties under the Care Act and the Children and Families Act, because austerity is still very much alive and kicking in local government.”

ROFA has submitted evidence to the Commons housing, communities and local government committee’s inquiry into the funding of long-term care.

It says that measures that have been “imposed through ‘austerity’ and devastating cuts in social care” are having “serious adverse impacts” on disabled people’s rights and freedoms.

It adds: “Only by taking social care into a national independent living support service managed by central government alongside the NHS in the public and the not-for-profit sector will stability be achieved.”

Meanwhile, Inclusion London has issued a new film that makes the case for scrapping all social care charging.

In the film, disabled campaigner Iyiola Olafimihan (pictured) says: “We should not be paying for our right to live, our right to be independent, and our right to want to just be humans.

“We should not be paying for that.”

“If you have a disabled person who’s saying that they can’t afford the care charges, care that they’ve been assessed as needing, so they cut back on that care that they vitally need.

“That leaves a whole host of health issues that can then show themselves further down the line.”

Anne Novis, a former chair of Inclusion London, says in the film: “It’s a battle, it’s a fight, the same as it is with everything for us as disabled people.

“From getting care, to care charges, to accessing any benefit, proving and evidencing, repeatedly, again and again, that we are who we are, that we have these certain impairments and health conditions.”

Inclusion London has also launched a petition that calls on the government to abolish all social care charging as part of its social care reforms, and meanwhile to ensure disabled and older people are not forced to pay for social care out of their benefits.