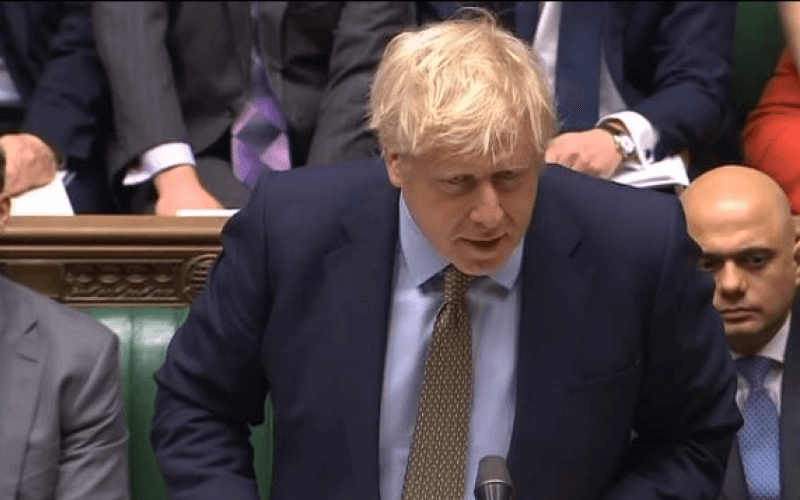 The prime minister has again ignored the needs of working-age disabled people when asked about his plans for social care funding reform, and has suggested that those reforms may take as long as five years to implement.

Corbyn said that it had been three years since the government promised to publish a green paper on adult social care, and seven months since Johnson “stood on the steps of Downing Street and said he had prepared a clear plan to fix the crisis in social care”.

But Johnson’s reply, and answers he gave earlier in the week, suggested that he did not yet have a plan prepared and that he was focused – like many other politicians – on the needs of older people, rather than those of working age.

He said there was “a growing consensus” on the need to “tackle the issue of social care, so that everybody has dignity and security in their old age and nobody has to sell their home to pay for the cost of their care”.

He added: “With the help and co-operation of the Labour party and other parties in this House, we will go ahead with a fantastic plan for social care.”

Johnson’s comments came days after he told a BBC interviewer that the government would be “bringing forward a plan this year” but that it would be implemented by the end of the current parliament, suggesting it could take as long as five years.

During the general election campaign, international trade secretary Liz Truss admitted that she did not believe the government’s long-awaited green paper on adult social care even existed.

And in October, a Tory cabinet minister admitted there was not even consensus within the government on how to solve the adult social care funding crisis.

Activists told Greenwich council that its planned changes would force some disabled residents to cut spending on food and clothes, and could lead to some taking their own lives.

They have threatened the council with legal action and want to see an inquiry into how its social care is funded.

Last August, Disability News Service reported that disabled campaigners had warned that the council’s proposals to increase care charges could force them and others to quit their jobs and stop their volunteering work, and push many others into poverty.

One influential campaigner warned then that she could be forced to reduce her care from 63 hours a week to just seven, and might have to consider residential care, if Greenwich council went ahead with its plans.