You are here: Home / Benefits and Poverty / Miliband causes chaos with answer on ILF closure 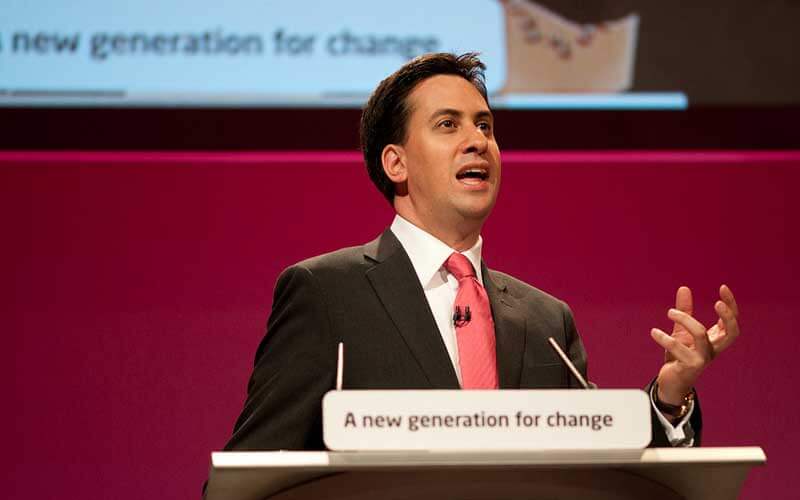 Labour leader Ed Miliband caused chaos this week after he was asked if he would save the Independent Living Fund (ILF) if Labour won power at May’s general election.

Miliband told the audience that the government “should not be getting rid of the Independent Living Fund”, and that “if it does go to the local authorities that budget has got to be protected”.

The government – if it retains power – will close the fund and pass the non-ring-fenced funding to local authorities on 30 June.

Miliband also said: “We’ve got to find ways of protecting that money for some of the most vulnerable disabled people, some of whom I’ve met and who are saying, ‘this is a terrible situation what’s happening to the ILF.’”

He made the comments during a question and answer session at a college in Staffordshire.

But his response was so vague and confusing that many of those listening – including Labour activists – thought he had announced a new policy to save ILF.

Two Labour party general election candidates bragged on Twitter that Miliband had committed “the next Labour government” to saving ILF.

Trudie McGuinness, who will be fighting the Staffordshire Moorlands seat, told her Twitter followers: “At a Q&A with @Ed_Miliband this morning, he gave a solid and passionate commitment that @UKLabour *will* #saveIFL. We’re with you.”

Malcolm Fincken, who is standing in Braintree for Labour, added: “This morning Ed Miliband committed the next Labour government to saving the ILF.”

The tweets initially caused huge optimism among disabled activists who have been campaigning to save ILF, a government-resourced trust which helps – according to the latest figures – about 16,500 people with the highest support needs to live independently.

But despite repeated attempts by Disability News Service to clarify Labour’s position, the party has refused to do so.

A spokesman for the shadow work and pensions secretary, Rachel Reeves, said: “A Labour government, working with disabled people and existing ILF-users, will issue guidance to local authorities to help protect the thousands of disabled people affected by the government’s decision so they can continue to live independently and with dignity.”

But he refused to say whether Labour would save ILF.

Brian Hilton, an ILF recipient and campaigns officer for Greater Manchester Coalition of Disabled People, said: “We know there is widespread support within the Labour party for saving the ILF but the frontbench don’t seem to be listening.

“Local authorities are in the middle of their budget-setting processes and ILF recipients are aware of the devastating further cuts being planned in social care.

“We are fearing for our futures but can’t get a straight yes or no from Ed Miliband on the future of the ILF under a Labour government.”

He added: “Whilst we welcome the initiative to develop guidance in co-production with disabled people, the only way to guarantee protection for existing ILF recipients, as well as the thousands of disabled people who missed out on it, is to retain the ILF and re-open it to new applicants.”

And he said that evidence compiled by the PCS union shows that ILF “will not be irreversibly wound down by May 2015”, so could still be saved by a new government after the general election.

Meanwhile, DWP has refused again to reveal which disability organisations told the minister for disabled people that they backed the government’s ILF closure plans.

Mark Harper, the minister for disabled people, told MPs last month that he had “talked to disability organisations… and they agree with the government” that the ILF should be closed and non-ring-fenced funding passed instead to local authorities.

When DNS asked DWP in a Freedom of Information Act (FoI) request to name the organisations Harper was referring to, a civil servant replied: “I have conducted a search of department records and conclude that the information you have requested is not held.”

DNS asked for this response to be reviewed, but another DWP civil servant has now defended the department’s failure to provide the information.

A DWP official said this week that FoI requests for such information only applied to recorded information, and added: “I am satisfied that the information you have requested is not recorded, this is because Ministers hold a number of informal conversations with stakeholders, for which no formal records are held by the department.”