You are here: Home / Independent Living / Minister dismisses cross-party support for ‘40 and under’ free care proposal 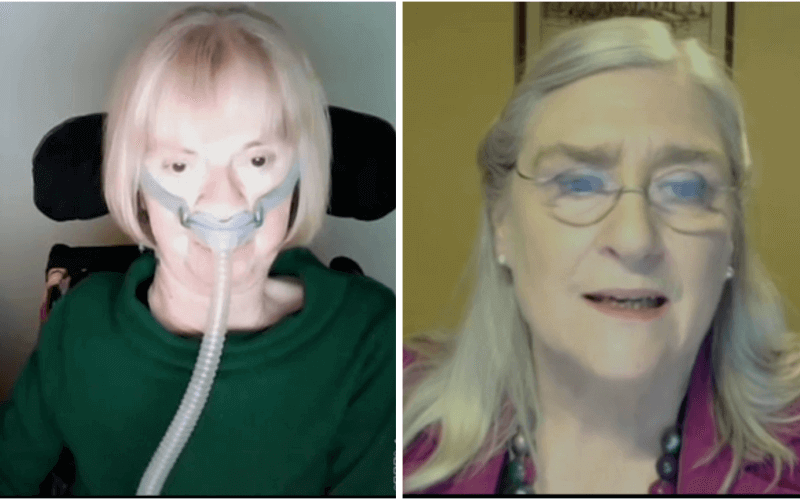 The government has dismissed strong cross-party support in the House of Lords for proposals that would mean many disabled people never having to pay for their social care.

The proposed amendment to the government’s health and care bill would mean that no-one in England who entered the social system at or under the age of 40 would ever have to pay for their support.

In effect, it would place a lifetime zero cap on social care charges for many disabled people, rather than – under the government’s existing proposals – having to pay £86,000 in care charges before they reached the cap.

It would have implemented a recommendation made by Andrew Dilnot, who chaired the commission on care funding which was set up by the coalition government and reported in 2011.

The disabled crossbench peer Baroness [Jane] Campbell, who also backed the amendment, told the Lords: “Care and support for those who depend on it is no less fundamental than healthcare is to survival.

“Without my care assistant to help me eat, drink, move and breathe, I would die, as I would if I did not receive medical care.

“Without access to support, I could not contribute to my community, and I could not work or enjoy life, but to live like my non-disabled peers, I would have had to pay for my care until I reached an £86,000 cap from the age of 18.

“In effect, it is a financial penalty on disability.”

She added: “What is fair about holding down disabled people in poverty? What is responsible about limiting their ability to survive and prosper?

“Rather than liberating them, this charging policy will undermine their well-being and lock them in a state of avoidable and costly dependency.”

She called on the government to “work with disabled people’s organisations, myself and my colleagues before [the bill’s] report stage to find a fairer way to enable these service-users to thrive, and to consider essential care and support services as a long-term investment rather than a drain on the exchequer”.

Another disabled peer, the Liberal Democrat Baroness [Sal] Brinton, said: “It is a huge form of injustice that we have an NHS that is free at the point of use and yet young people with learning disabilities and life-limiting health conditions are being charged for their essential care.

“I look forward to hearing from the minister how on earth he thinks that the current system is either justifiable or equitable.

“While there may be change trying to sort out some of the minor anomalies, what remains is a system that is deeply unjust.”

Baroness Bull said that current funding pressures on councils were leading to “further squeezing of eligibility criteria” which meant more disabled people “having to fund more care from their own pockets”.

She said: “No one would argue that older people do not deserve support, but it is hard not to conclude that the government’s reforms are primarily concerned with people who develop care needs in later life, having built up assets and savings, at the expense of working-age adults with long-standing needs.”

The Green party peer Baroness [Natalie] Bennett supported the amendment but she also pointed out that her party’s policy was to fund free social care for all adults.

Lord Warner, the crossbench peer who was one of the members of the Dilnot Commission, said he and his fellow commission members did not believe that most people 40 and under could “realistically be expected to have planned for having a care and support need, nor will they have accumulated significant assets.

“People may still be paying off debts and have significant amounts to pay on their mortgage, and could have young families.

“We recognised those problems, and it is why we recommended a zero cap.

“There is not a lot of argument about that; it is a straightforward explanation of what the evidence said when we were drawing up this report.”

But despite the support for the amendment, the junior health and social care minister Lord Kamall said: “The government believe that having the cap in place allows people to balance their personal responsibility of planning for later years and puts in place a system where we hope that no one faces unpredictable care costs.”

“We considered that a cliff edge of that magnitude would be unfair.”

But Lord Warner told him: “The proposition in relation to the age of 40 was in the report; it has been around for 10 years.

“It is a bit late in the day to be coming forward with the suggestion that it was an inadequate proposition from the Dilnot Commission.

“Ten years is a long time to discover truth.”

Baroness Bull withdrew her amendment, but if the government fails to return with its own amendment or compromise offer, it is thought likely that it will be reintroduced at the bill’s report stage.

*Although it is not clear, this appears to be a misreading of the amendment, which actually refers to those who have received care and support “on or before the age of 40” being eligible for the zero cap, rather than taking the 40th birthday as the cut-off point

Picture: Baroness Campbell (left) and Baroness Brinton, who both took part in the debate remotely