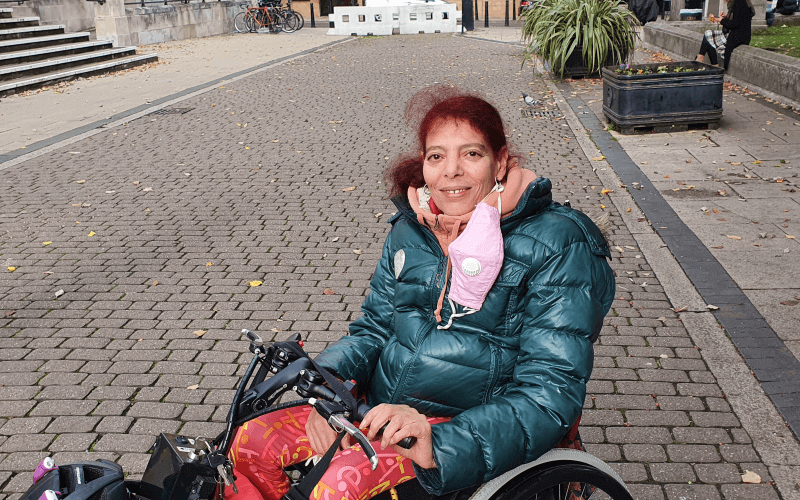 The Green Party has become the only major political party to support free social care for all adults who need it in England, following an “overwhelming” vote at its annual conference.

The party said the proposals would put social care “on a par with the NHS”.

The policy motion (see page 112) passed by party members calls for all social care, support and independent living services to be free at the point of use and “fully publicly funded”.

It appears to mirror proposals put forward by disabled people’s organisations for a National Independent Living and Support Service (NILSS).

The Green Party motion says that all social care services should be subject to standards based on the UN Convention on the Rights of Persons with Disabilities, accountable to “local democratic bodies”, with a “secure national framework of laws, guidance and funding”.

And it says the services should be “designed and delivered locally and co-productively”, involving disabled adults, councils, the NHS, carers and unions.

The vote now allows the Greens to contrast their free social care offer with the policies of the three other main parties that will be fighting seats in England at future elections, with the Conservatives, Labour and the Liberal Democrats all currently in favour of continuing to charge many disabled people for their social care.

He said: “It’s a major step in the right direction and we would urge other parties to ask themselves what they are doing to respond to this.”

Dzaier Neil (pictured), national convenor of the Green Party’s disability group, co-equality and diversity officer on its national executive, and a co-sponsor of the motion, told Disability News Service (DNS) this week that the new policy was “ground-breaking” and would be an “ace card” for her party.

She said she hoped her party would now be able to “embarrass” other parties into taking the issue of free social care seriously.

She had told the annual conference in Birmingham: “We have a government unwilling to address the fact that the system is thoroughly broken, that millions of people in this country are being left without the basic support they need, and that scenario is only going to get worse.

“We are told there is no money to address this, but we know in reality there just isn’t the will.

“The pandemic has shown us that when the situation is one of life and death the funding can be found.

“And that is where we find ourselves with social care – in a situation of life and death.”

Larry Sanders, the Green Party’s former health and social care spokesperson, who proposed the motion, said: “The NHS is based on the principle that need, not wealth, should determine the health care we get.

Sanders, the brother of US senator Bernie Sanders – who has twice come runner-up in the race to secure the Democratic party presidential nomination – said: “The hundreds of thousands of people who need help to eat and wash, get residential care when they need it and to lead a full life under their own control, [would be able to] do so with their support paid for in the same way as the NHS.

“We also committed ourselves to good pay and conditions for care workers and to giving family carers the support they need.”

The government’s controversial social care reforms – announced last month – were met with widespread criticism from the disabled people’s movement over the inadequate level of funding, the failure to address the needs of working-age disabled people, the lack of detail, and the disproportionate impact of the plans on lower-income workers.

Labour leader Keir Starmer told DNS last year, during his successful leadership campaign, that he supported a motion – passed by Labour’s party conference in 2019 – that called for all social care to be provided free through an NILSS-type system, and for that to be funded by national progressive taxation.

But Labour has since backed away from that position, and the party was accused of betraying disabled people after a senior shadow minister told a meeting in June that calling for free social care would just “give the Tories a stick to beat Labour with”.

Labour’s shadow social care minister Liz Kendall then refused four times to say if she supported the idea of free social care, at a fringe meeting at her party’s annual conference last month.

Daisy Cooper, the party’s health and social care spokesperson, said in a statement: “The Liberal Democrats are working on our own proposals for social care reform and how to pay for it.

“In the meantime, we are calling for cross-party talks to ensure that we can all agree on a proper long-term solution that ensures everyone gets the quality care they need.”