You are here: Home / Politics / Minister hears how to boost democratic involvement of disabled voters 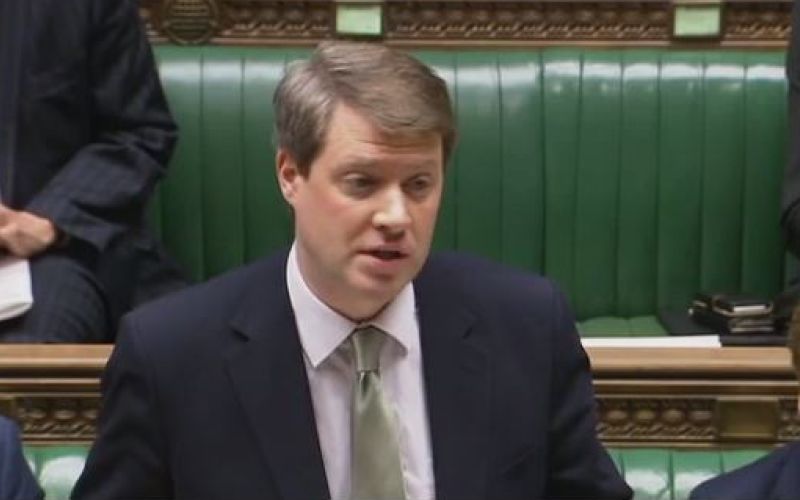 Disabled voters have told a minister what he should do to make it easier for them to take part in the democratic process.

Disabled service-users and representatives of three Brighton charities met Chris Skidmore, the minister for the constitution, when he visited them this week as part of an ongoing national tour.

The three charities, Brighton Housing Trust, which deals with housing, homelessness, substance misuse and mental health issues; Blind Veterans UK; and the advocacy charity Brighton and Hove Speakout, have all worked to improve disabled people’s participation in the democratic process.

Skidmore (pictured) was visiting Brighton as part of his Every Voice Matters tour, which is aimed at helping tackle barriers to voter registration, and is part of the development of his democratic engagement strategy.

A spokeswoman for Skidmore said the strategy would “set out how the government will make our democracy as inclusive as possible”.

One of the disabled campaigners the minister met was Rohan Lowe, a trustee of Brighton and Hove Speakout, and a participant in the charity’s Being Heard in Government project, which aims to ensure people with learning difficulties are more involved in democracy.

He and his colleagues stressed the importance of political parties producing accessible election manifestos.

He said they also told the minister how election candidates frequently use “jargon”, and how support workers often tell the person they are supposed to be supporting how to vote.

Lowe also told the minister how he had asked a question at a Brighton and Hove City Council public meeting, but had found it difficult to respond when asked if he wanted to ask a “supplementary question”.

He told Disability News Service that he and his colleagues had been “quite impressed” by what Skidmore told them, and that the minister had promised that communities and local government secretary Sajid Javid would respond to recommendations made in the group’s report on accessing democracy.

Asked how important it was to ensure people with learning difficulties had access to the democratic process, Lowe said: “It is very important, because the decisions that are made affects them directly.

“It is their services that will be or are affected by decisions that are being made.”

Skidmore also met with residents and staff at Blind Veterans UK’s Brighton Centre, which has worked with the city council to improve access to voting.

Sharman Collins, the centre’s social worker, said the centre – which has 32 permanent residents but also offers respite and holiday facilities, training and rehabilitation – had “quite a good record” of enabling residents to vote and worked “quite closely with the council to make sure that happens”.

One positive development nationally, she said, was the introduction of a waiver form which means voters whose signature has changed over time – like many of the centre’s residents – do not now need to sign the form applying to vote by post or to allow someone to vote on their behalf.

But she said the minister had been told by residents of the need for more accessible information at election time and for more visits from parliamentary candidates to services such as the Brighton Centre during election campaigns.

She praised the minister for “listening” during his visit, but added: “He was really open to people’s views but he didn’t really give us his vision of where things were going to go in the future.”

Skidmore said the visits had helped him “understand how we can support vulnerable people to ensure that ours is a democracy that everyone can participate in.

“Nearly three million applications to register to vote were received online between 18 April and 22 May but there are still under-represented groups we can improve the processes for.

“Regardless of who you are, or how you vote, every voice matters and we encourage you to register to vote.” 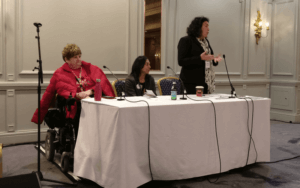 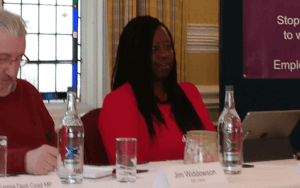