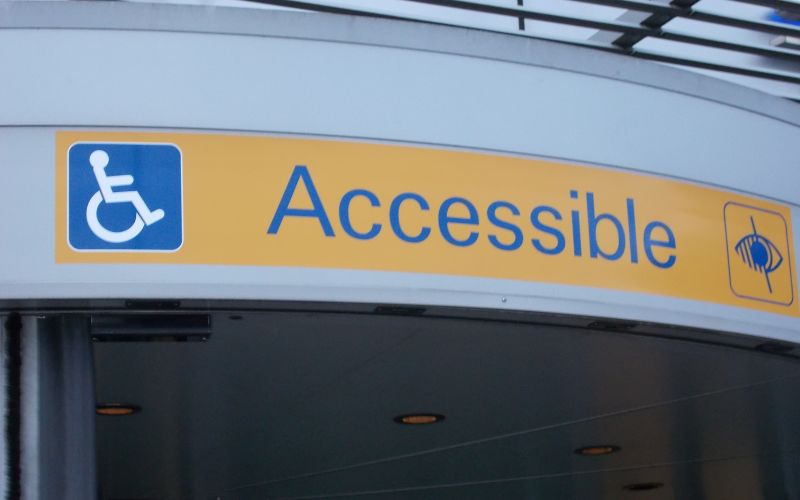 More than half of passengers who describe themselves as having an impairment that limits their day-today activity find travelling by air difficult, according to a regulator’s annual report on access at the UK’s major airports.

Although no airports were rated as “poor” in the regulator’s fourth annual report – the first time this has happened – the number of those rated as “very good” on access fell from 16 last year to 14 in 2018-19.

Of the 31 airports assessed by CAA, 16 were categorized as “good”, an increase of six on 2017-18, and only one was said to need improvement.

But CAA’s latest aviation consumer survey found nearly a quarter of respondents who requested assistance said they did so because the airport environment was becoming more difficult to get around.

It is the second report this month to highlight the continuing barriers faced by disabled travellers.

Last week, Disability News Service reported research commissioned by the government which found two-thirds of disabled passengers said they experienced at least one problem when travelling by rail.

Disabled passengers are entitled to free assistance when travelling by air under European Union regulations, and CAA is the regulatory body that monitors the quality of this assistance.

A key CAA concern is that airports are not increasing staffing levels enough at peak times, causing increased delays for those disabled passengers who need assistance.

The report also says that only two airports with more than nine million passengers a year – Glasgow and Edinburgh – have been rated as “very good” on access.

The others – London Stansted, London Luton, London Heathrow and London Gatwick – are all rated as “good”.

But the report warns that Heathrow could be at risk of losing its “good” rating, if it does not do more to increase staffing levels, particularly for assistance for passengers on flights arriving at the airport.

The report also stresses the importance of ongoing consultation with local disabled people’s groups, and it warns that new CAA guidance “will require airports to hold regular disability forums” and that airports “who do not have these in place may receive a poor rating in future reports”.

The report also says CAA has continuing concerns over the services and facilities provided by Manchester Airport, which is nearly two-thirds owned by Greater Manchester’s 10 local authorities.

Although the airport improved on its rating of “poor” last year, the CAA report says it still “needs improvement” and warns that events since the end of 2018-19 have “stalled” its progress.

In April, Manchester Airport began using a new provider of assistance services, and the report says: “Data from April, May and June 2019 has shown performance was poor, with high numbers of passengers waiting for unacceptable lengths of time to receive assistance when arriving on inbound flights.”

Meanwhile, the Financial Conduct Authority (FCA) has launched a consultation on new plans that it hopes will help people with long-term conditions who struggle to find affordable travel insurance.

It wants to introduce a new “signposting” rule, which would force insurance firms in certain circumstances to provide consumers with a pre-existing medical condition (PEMC) details of travel insurance firms that “have the appetite and capability” to provide them with cover.

FCA said that “nearly all consumers with a PEMC can get cover if they are able to find the right provider”.

An estimated 14 million travellers with a PEMC try to find travel insurance every year.

Of these, about 0.7 per cent are declined cover and 11 per cent buy a policy that excludes cover for their condition.

Christopher Woolard, FCA’s executive director of strategy and competition, said: “We want to reduce the numbers of consumers who are currently faced with a choice of not travelling or travelling without insurance, and running the risk of incurring significant costs, including medical bills abroad.

“The changes proposed today will be an important step in helping people to navigate the market more easily and also in reducing the number of customers who are over-paying significantly for travel insurance.”