You are here: Home / Transport / Motability set to spend millions more on grants for adapted vehicles 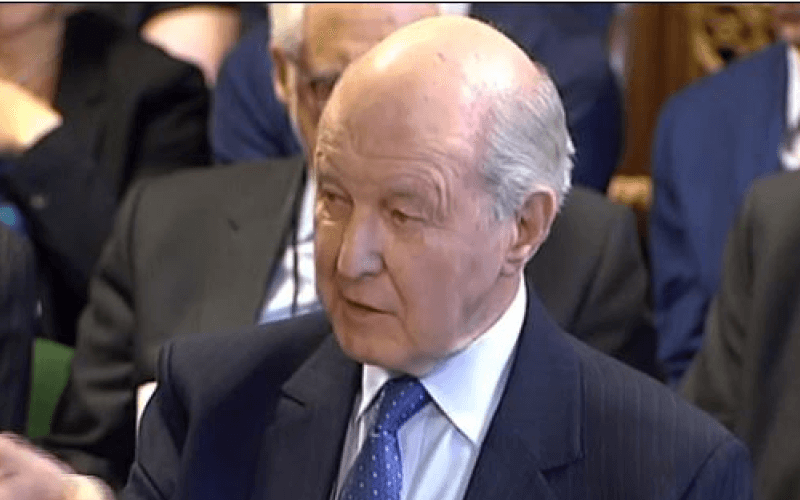 The Motability car scheme is set to increase substantially the number of grants it makes to disabled people with high support needs that allow them to lease an adapted vehicle, MPs have been told.

The move would be a success for disabled campaigners who have long called for Motability to use more of its substantial resources to fund expensive, heavily-adapted vehicles for disabled people who would otherwise be unable to engage in their community.

Lord Sterling, the co-founder of the scheme and chair of the Motability charity, made the pledge to increase the number of grants during a joint evidence session held yesterday (Wednesday) by the Commons Treasury and work and pensions committees.

The committees are holding a fresh inquiry, following a critical report last month by the National Audit Office (NAO) which raised significant concerns about Motability Operations, the company which runs the scheme on behalf of the charity*.

Only disabled people receiving the higher mobility rates of disability living allowance (DLA) or personal independence payment (PIP) – or similar payments for former members of the armed services – are eligible to join the scheme.

The evidence session saw MPs raise concerns about the level of financial reserves held by Motability Operations, high rates of executive pay at the company, and a lack of transparency by its chair, Neil Johnson, as well as the “cosy” relationship between the charity and the company.

Another key issue was what the charity would do with £400 million in donations handed to it by Motability Operations, with the expectation of a further and continuing £100 million a year, as a result of profits that were more than £1 billion higher than forecasted between 2007-08 and 2016-17.

Labour’s John Mann, a member of the Treasury committee, said there was a disabled young woman who lived in a rural area of his Bassetlaw constituency and had been refused a grant for an adapted vehicle which she needed to drive to her first job.

He questioned why such grants were being rejected when Motability Operations held £2.62 billion in reserves in March 2018 and was paying its executives such large salaries and bonuses (in 2016-17, the company’s chief executive Mike Betts received a total financial package of £1.7 million).

Lord Sterling told the MPs that the charity knew there was unfulfilled demand for grants to adapt vehicles for disabled people with high support needs.

He said: “We know there’s a much bigger demand… we want to do many more of these cars for the more severely disabled.”

But he admitted that the charity did not yet have a long-term strategy for spending the new funds donated by Motability Operations, although he said the money would all be spent “over a period”.

He said: “What this donation will allow us to do for an awful long time into the future… is increase the number of people who are able to receive those grants.”

He was also asked whether some of the new money could be spent on allowing disabled people to keep their Motability vehicles until the end of their three-year lease period if they lose entitlement to PIP or DLA during that time, as tens of thousands have done since the introduction of PIP by the coalition government in 2013.

Although Atkinson did not appear to answer this question, he did say that the charity already considered such requests on a case-by-case basis.

He said the charity was about to launch an extensive consultation process to ask how it should spend the extra funds donated by Motability Operations; there will also be a review of the level of reserves being kept by the company.

The session saw representatives of both Motability Operations and the charity answering critical questions from MPs on the two committees.

While praising the way the scheme was run and the service it provided to disabled people, Frank Field, the Labour chair of the work and pensions committee, questioned whether it was “value for money” and whether it could be provided for lower payments for disabled customers.

Sir Amyas Morse, the head of the National Audit Office, said this was possible, but he added: “We are talking about a success. And it’s very seductive to start picking a success to pieces.”

He said it was “reasonable” to challenge Motability Operations to reduce the “substantial” level of “over-profits” and “deliver a leaner operation”.

And he said the committees were right to be concerned about the levels of executive pay at the company.

He also said the government needed to take a “much more active part in shaping the future” of Motability Operations and then “guiding that future forward”, while there was a need for a “much more muscular” model of governing the company.

He said: “These issues aren’t going to go away without significant change in the way this is operating. It’s valuable, it’s a success, but there does need to be change.”

In response to one MP, Lord Stirling was forced to admit that there were currently no black and minority ethnic governors on the charity’s board, and only one woman.

Nicky Morgan, the Tory chair of the Treasury committee, also asked why the charity had not once since 2013 sent one of its governors to attend the Motability Operations committee that is responsible for setting levels of executive pay, even though the charity had sent letters expressing concern about the issue in both 2012 and 2016.

She said: “The difficulty is that everything I’m hearing so far is there has been a very long-term cosy relationship between the charity and the company.

“I think over the years you have done amazing work, but you have forgotten this is an arms-length relationship.”

MPs also asked about the company’s earlier failure to disclose nearly £2million in bonuses that were due to be paid to Betts by 2022.

Mann, a long-standing critic of Motability Operations, accused Neil Johnson, chair of the company, of hiding the full value of the incentive scheme.

He said: “You’re a monopoly underpinned by the taxpayer and I’m asking a simple question: why were you hiding that amount of money?”

The Conservative MP Charlie Elphicke, another Treasury committee member, said Johnson’s evidence had been “evasive” and that there had been “a lack of openness, a lack of transparency, a lot of defensiveness”.

He suggested that, even if Motability Operations had not breached the “letter” of the Companies Act over details of the incentive scheme, it had breached it in “spirit”, and added: “‘The spirit matters too. You’re all City figures.

“The spirit matters as much as the letter. Being evasive and that kind of behaviour is not right.”

Johnson insisted that there was “no intention to cover [up] anything” and that Motability Operations had acted in line with best practice, but that it recognised that “there could be more openness” and had now taken steps to ensure that happened.

But Field said the government and MPs would never allow it to fail.

*The Motability charity is one of Disability News Service’s subscribers