You are here: Home / Benefits and Poverty / MPs’ silence on deaths evidence ‘shows they have abandoned benefit claimants’ 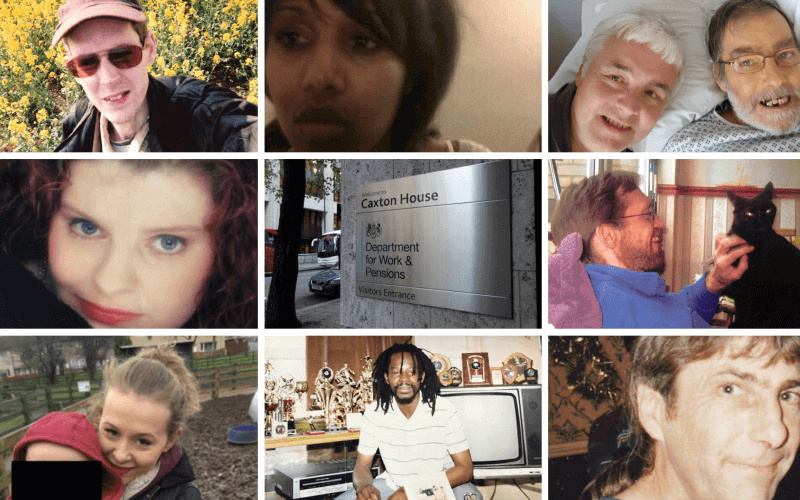 Campaigners who spent years exposing the deaths of countless benefit claimants have spoken this week of the “abysmal failure” of MPs who refused to question the minister for disabled people about research linking her government with those tragedies.

The draft version of the Deaths by Welfare timeline* has brought together more than 30 years of evidence linking the Department for Work and Pensions (DWP) with the deaths of hundreds, and probably thousands, of disabled claimants.

But despite Disability News Service (DNS) alerting all members of the Commons work and pensions select committee to the timeline two days ahead of the evidence session with Chloe Smith, not one of them chose to ask her about it.

The committee’s chair, Labour’s Sir Stephen Timms, himself a former DWP welfare reform minister, had been alerted to the timeline five days before the evidence session, and at least one committee member – and probably more – had known about it for more than three weeks.

The timeline currently features more than 300 pages of evidence of systemic failings by DWP, but the committee kept silent on this evidence, despite questioning the minister for nearly two hours last Wednesday.

Dave Smith, whose brother James Oliver features in the timeline, said the committee’s failure to question the minister about the evidence “raises questions as to how reliable and trustworthy the Commons committees actually are”.

His terminally-ill brother was denied personal independence payment (PIP) following a face-to-face assessment that took place in his flat in Hastings.

Smith said that DWP “not only refused him for benefit but were quite happy knowing he was dying in the filthiest of basement flats where he wasn’t fit enough to clean it.

“He so desperately needed PIP but, like thousands of others, didn’t score a single point on the assessment.

“He intentionally ended his life early by upping his drinking to an intolerable level.

“These assessments are so ridiculous and biased they would be laughable if they didn’t result in death and distress.”

He questioned why, when the committee had access to the timeline, the minister was not asked about it.

He said: “Ministers now need to publicly answer for their death-causing actions.

“This isn’t going to happen unless the committee stops this apparent cover-up and seeks answers on the report.

“I need answers as to why my brother was treated as worthless scum whilst living in a cold, mouldy dump.

“I won’t get those answers if the committee don’t ask questions.”

Disabled campaigner Kaliya Franklin was a leading member of the grassroots Spartacus Network, which produced reports that feature prominently in the timeline.

She said there was now a “significant body of evidence” from numerous sources, including academics and grassroots groups, that link DWP’s actions with the deaths of claimants, and yet politicians were apparently unwilling to listen to that evidence.

She said: “Where are the voices to speak up for all these people who have lost their lives and where is the willingness among politicians not just to hold government to account for that but to ensure that it is not something that continues to happen for the next 30 years?

“Nobody wants to be seen as the party of welfare dependency.”

She said an entire “political class” appeared to have abandoned millions of people who rely on the social security safety net.

She added: “After all these years of campaigning, I think I feel more hopeless than I did in 2010.”

Carole Ford and Ian Jones, from the WOWCampaign, which features several times in the timeline, said: “MPs on this select committee that we trusted have failed to hold the DWP to account in this instance and have failed to explain themselves.

“This failure suggests that no politicians want to shine a light on policies that evidence suggests have killed thousands of disabled people.

“We ask that every single member of the work and pensions select committee explain why they personally don’t think that should have been properly investigated and why it was not worth even discussing?

“Perhaps some may have the courage to respond.”

Disabled activist Ellen Clifford, author of The War On Disabled People, who contributed to the timeline and is a member of the national steering group of Disabled People Against Cuts, which features repeatedly on the timeline, said it was clear that the “dominant narrative promoted by the Tories sadly holds strong”.

She said: “The idea that linking deaths of social security claimants to changes in their benefits is ‘radical’ seems to have silenced politicians from all parties.

“Since 2010, the government has become increasingly right wing and increasingly shameless in their disregard for the lives of Deaf and disabled people.

“The failure of anyone on the work and pensions committee last week to challenge the government’s narrative regarding the impacts of welfare reform is just further evidence of the limitations of our parliamentary system in standing up to social injustice and effectively fighting for and winning a fairer society.”

Sir Stephen did not apologise for his committee’s failure to question the minister about the timeline.

He claimed that the timeline was not discussed because “it doesn’t propose detailed changes to DWP procedures which we could have put to the minister”.

And he suggested that the committee’s main aim last week was “to discuss with the minister what our inquiry has established about health assessments for benefits, and ideas for improving them”.

Debbie Abrahams, who has called publicly and repeatedly for an inquiry into the deaths, and commented on the timeline in an article in the Daily Mirror more than three weeks ago, did apologise to DNS for her failure to question the minister about the timeline, although she has so far failed to offer any explanation.

She said the timeline was “hugely significant” and “adds to the growing weight of evidence that the government must grant a public inquiry”.

The SNP’s Chris Stephens said he had not seen the information DNS emailed by the time of the meeting, although it was received by his office two days before the committee meeting.

He said he hoped the committee would hold a standalone inquiry into deaths linked to DWP, and that he would be discussing this idea with his committee colleagues.

Other members of the committee who were present at last week’s meeting – Conservatives Nigel Mills, Dr Ben Spencer, Sir Desmond Swayne and Selaine Saxby, and Labour’s Neil Coyle and Steve McCabe – failed to respond to requests to comment.

John McArdle, co-founder of the Scottish-based grassroots network Black Triangle and himself an SNP member, said he believed his party should be doing more.

He said: “They want to lay out a vision for how things would be done differently in an independent Scotland.

“What are they giving the Scottish public to say they would put a stop to these avoidable deaths?

“If they intend to convince the ‘no’ voters or the undecideds that Scotland is promising a better future for disabled people then it has got to set out its stall.

“The first thing it can do is to highlight the catastrophic harm that has been done to disabled people which our campaigning has been exposing for the last 12 years along with our colleagues throughout the UK.

“The party has not mastered its brief, there is no joined-up thinking across the party at Westminster or Holyrood on how to fight for disabled people, and they should be listening to disabled people’s organisations who produced this painstaking work over the last 12 years that ought to be a catalyst for changing the system.”

He said it was an “abysmal failure” by the committee that “they had the minister right before them, they were party to damning evidence, and yet they never raised it.

“They have completely lost the confidence of disabled people in all parts of the UK.

“As our elected representatives, they have all failed us.”

*DNS editor John Pring was co-creator of the timeline

Picture: Some of the benefit claimants whose deaths have been linked to DWP and feature on the Deaths by Welfare timeline (clockwise from top left): Mark Wood, Faiza/Sophie Ahmed, James Oliver (right) with his brother Dave Smith, Stephen Carré, David Clapson, Errol Graham, Philippa Day, and Jodey Whiting