You are here: Home / Politics / National Disability Strategy: PM’s ‘down payment on building back fairer’ is just 29.5p 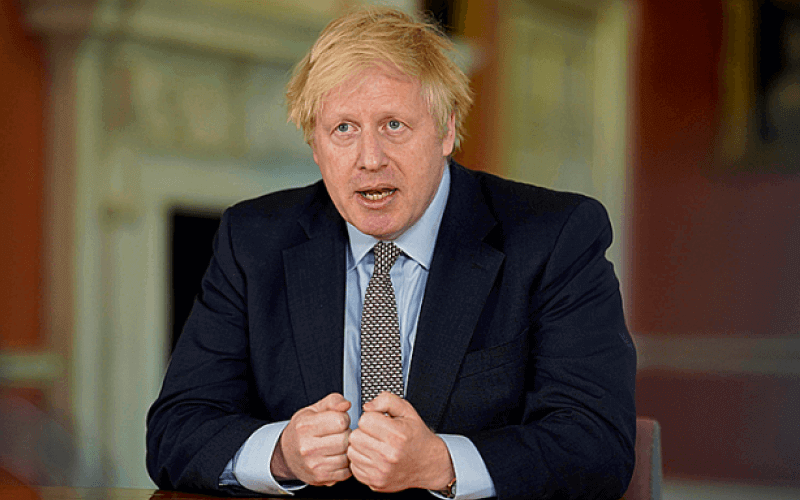 The government’s new National Disability Strategy – which promises to bring about “practical and lasting change” – has promised just 29.5p in new funding for every disabled person in the UK.

Analysis by Disability News Service (DNS) has shown the government has pledged just £4.13 million of new funding in the strategy, despite claims by prime minister Boris Johnson (pictured) that the document is the “down payment” on his promise to “build back better and fairer, for all our disabled people”.

Although ministers claimed last month that the commitments in the strategy were “supported by £1.6bn of funding”, more than a billion pounds of that was announced in last year’s spending review as part of a rise in spending on special educational needs, much of it allocated to supporting segregated schools.

The government has yet to explain where the other £500 million funding has been allocated, but it is not thought to be new money.

The few promises of new funding include up to £1 million to improve the accessibility of seaports on the Isle of Wight and the Isles of Scilly; £180,000 for an autism awareness campaign; £1.5 million to help the smallest bus companies provide audio-visual information on their services; an extra £450,000 for new Changing Places toilets across the transport network; and up to £1 million to develop a new Centre for Assistive and Accessible Technology.

But when divided among the 14.1 million disabled people the strategy says there are in the UK, this total of £4.13 million amounts to just 29.5p per person.

The lack of new funding will add to the impression that the strategy has been padded out with promises to carry out research, hold consultations and discussions on further action, and update or improve existing schemes (see separate story).

Mark Harrison, a member of the steering group of the Reclaiming Our Futures Alliance (ROFA), said the new funding of just 29.5p per disabled person was “an insult”.

He described the strategy as “smoke and mirrors”, and he added: “It puts all the responsibility on disabled people to overcome the barriers, rather than removing the barriers.

“It’s a list of announcements, it’s not a strategy.”

Fazilet Hadi, head of policy for Disability Rights UK and speaking on behalf of the new DPO Forum England, a network of many of the country’s leading organisations of disabled people, pointed out that even the small amount of new funding had been taken from existing budgets.

She said: “The £1.6 billion spend announced as part of the National Disability Strategy was money already allocated to departmental budgets from previous spending reviews.”

Tracey Lazard, chief executive of Inclusion London, said the apparent new funding of just £4.13 million showed that the “so called strategy is really nothing more than a cynical re-packaging of current polices and current budgets, all of which have failed to get our rights and equality back on track”.

The government’s Disability Unit passed questions on the strategy to the Department for Work and Pensions (DWP).

A DWP spokesperson refused to answer any questions about the analysis, and instead referred DNS to a press release issued at the time of the strategy’s publication, which he said “outlines the Government position on the National Disability Strategy”.

He added: “We have no further comments to make at this stage.”